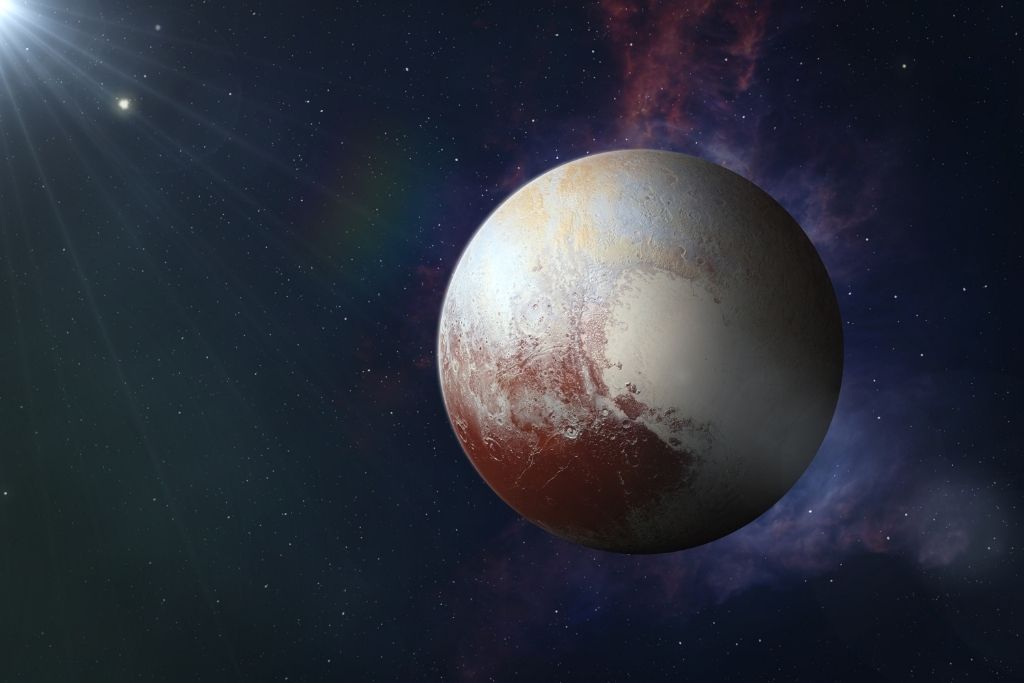 The vast majority of us have spent our entire lives accepting the notion that Pluto occupied the position of the ninth planet in our solar system.

The idea that Pluto is no longer considered a planet is one that has perplexed and frustrated a great number of people over the years. Clyde Tombaugh discovered Pluto in 1930

, so the concept of Pluto no longer being considered a planet may sound bizarre.

The days when My Very Educated Mother Just Served Us Nine Pizzas will unfortunately never happen again. Apparently, there is something new on the menu thanks to the IAU

updating the definition of what a “planet” actually is.

So if you love Nachos you’re in for a treat because My Very Educated Mother Just Served Us Nachos! If you’re not into Nachos, then maybe Noodles would be better. Since Pluto has been exiled to dwarf status, of course, the mnemonic devices had to change as well.

Acronyms and mnemonic phrases often help us recall the order of the planets: Mercury, Venus, Earth, Mars, Jupiter, Saturn and Neptune. P, for Pluto has been officially removed leaving us with only eight names and planets instead of nine.

When it comes to Pluto and its place in our universe, a lot has happened in the past about 20 years that has caused things to change dramatically! But why is pluto not a planet?

Pluto is no longer considered a planet because it is presently categorized as a dwarf planet. Despite its size, it is not massive enough to impose orbital domination over the other planets in our solar system.

Are There Really Eight Planets Now Instead of Nine? 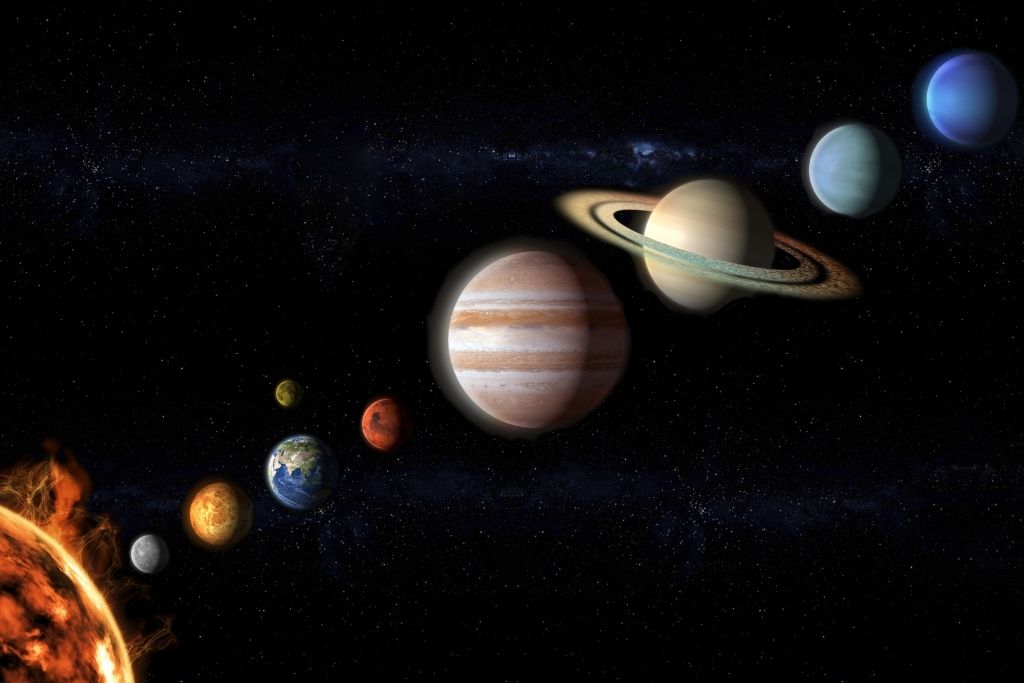 What Is The Difference Between A Planet And A Dwarf Planet?

NASA says that a planet is a celestial body that orbit around the Sun. A planet not only orbits around the sun, but also meets two other requirements

The size of these celestial spheres is the primary characteristic that differentiates a planet from a dwarf planet.

Dwarf planets are unable to pull in and amass all of the matter that orbits around them (like moons) because their gravitational forces are insufficient. Every single one of the dwarf planets that we are aware of is considerably less massive than the Moon.

A dwarf planet is one that is typically smaller than the planet Mercury. It’s known that dwarf planets pass through the same region as a large number of other objects, such as asteroids, for example.

Dwarf planets are celestial objects that:

How Many Dwarf Planets Do We Know Of?

There are five dwarf planets that we know of at this time:

Like Pluto, each dwarf planet named in the list above is smaller than Earth’s moon! Astronomers and scientists believe that there could be hundreds, if not thousands of dwarf planets hanging out in our solar system just waiting to be discovered.

The Main Reasons Pluto Cannot Be Considered A Planet Anymore

Pluto is thick and rocky, just like the planet we live on. Thick and rocky planets also describe Mars, Mercury, and Venus. If Pluto has a similar texture as Earth and other planets that are close by – how did Pluto end up all the way at the end of the line?

Well, some scientists have theorized that Pluto came from a different planet, and perhaps got stuck in the sun’s gravity. Pluto is much closer to gassy planets like Uranus, Neptune, Jupiter and Saturn. There was also a theory that stated Pluto was a moon of the planet Neptune!

With larger planets in our solar system, we are able to predict their orbit quite easily. The orbit of Pluto, however, is much harder to predict.

All of the planets in our solar system go around the sun in a relatively flat plane. On the other hand, Pluto’s orbit around the sun is tilted 17 degrees away from this plane. Also, its orbit is very strange and crosses with that of Neptune.

Like most other planets, Pluto also has moons. One of Pluto’s moons is called Charon, and it is about half the size of Pluto!

How Many Moons Does Pluto Have? 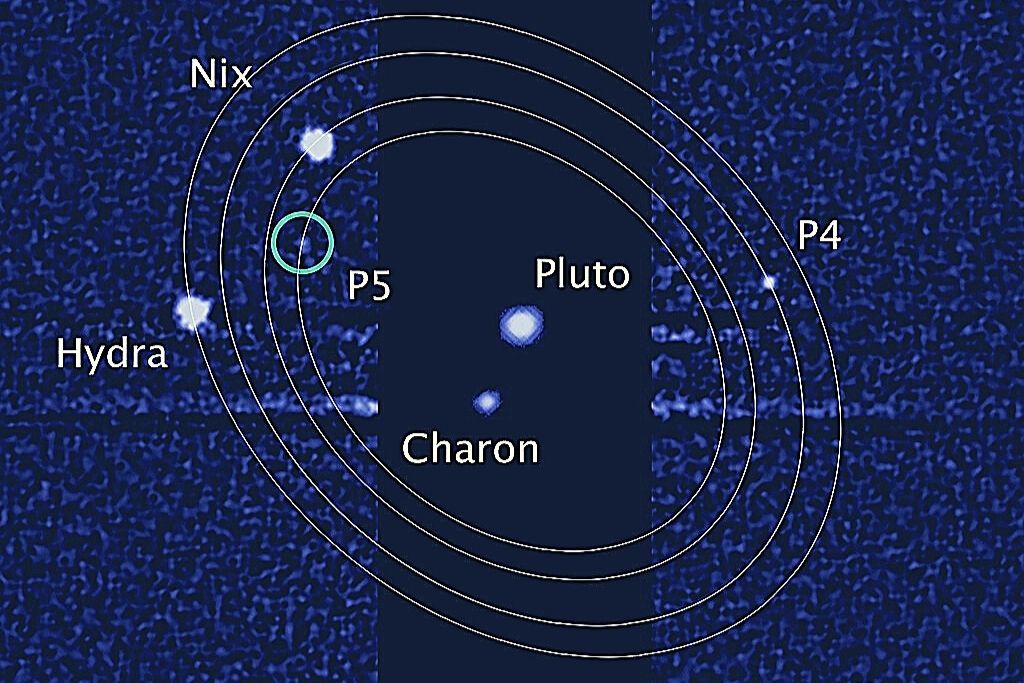 Pluto has 5 moons in total. They are named Charon, Nix and Hydra, Kerberos and Styx.

When Did Astronomers Say That Pluto Was Not A Planet?

In 2006 Pluto was demoted by The International Astronomical Union (IAU) from its previous position as the ninth planet from the Sun to that of one of the five “dwarf planets.”

The International Astronomical Union (IAU) most likely did not anticipate that the reordering of the planets in the solar system would infuriate such a large number of individuals. In general, humans are not good at adapting to new circumstances; we tend to really dislike change. It’s possible that this reluctance for change is also the reason why some people are hesitant to follow Elon Musk to Mars.

However, what about Pluto?

Can Humans Live On Pluto?

Because of Pluto’s frigid temperatures and incredibly low air pressure, it is physically impossible for humans to survive there.

On Pluto, there is an extreme amount of cold, radiation, a lack of air pressure, and solar winds, all of which make it impossible for any organism, including humans, to exist. Also – oxygen doesn’t exist on Pluto which would be the primary reason we are unable to live on Pluto. Pluto does not contain any oxygen, at all. None whatsoever!

As a natural consequence of the fact that humans cannot live in the absence of oxygen in their blood, it is impossible for them to breathe in an atmosphere like that of Pluto. This is the same as a fish that has been taken out of water.

It has no chance of surviving!

What Is So Special About Pluto?

Now, aside from the fact that it is a dwarf planet – and that it was given its name by a girl who was only 11 years old at the time; Pluto is the largest object in the Kuiper Belt, which is surrounded by other dwarf planets. Pluto also primarily consists of rocky mountainous terrain full of ice too.

It takes Pluto 248 years to complete one orbit around the sun, earning it the title of being the most distant dwarf planet from the sun. Pluto also follows an orbit that is somewhat dissimilar to that of the other planets. The dwarf planet is also slanted at an angle of 17 degrees and has the shape of an oval.

Because of the peculiarity of its orbit, it is able to approach the sun at a distance that is less than that of Neptune, despite the fact that it is further from the sun.

How Did Pluto Get Its Name?

Venetia Burney, who was 11 years old at the time and from Oxford, England, hinted to her grandfather that the new planet be named after the Roman god of the underworld. Her grandfather then gave the name to the Lowell Observatory. The name is also a way to honor Percival Lowell, whose initials are the first two letters of Pluto.

In 1905, American astronomer Percival Lowell found that the orbits of Neptune and Uranus were off in strange ways, which suggested that another world’s gravity was pulling on these two planets from beyond. This was the first evidence that Pluto existed. Lowell said where the mysterious planet was in 1915, but he died before it was found.

The Lowell Observatory’s Clyde Tombaugh found Pluto in 1930. This was based on what Lowell and other astronomers had said would happen. 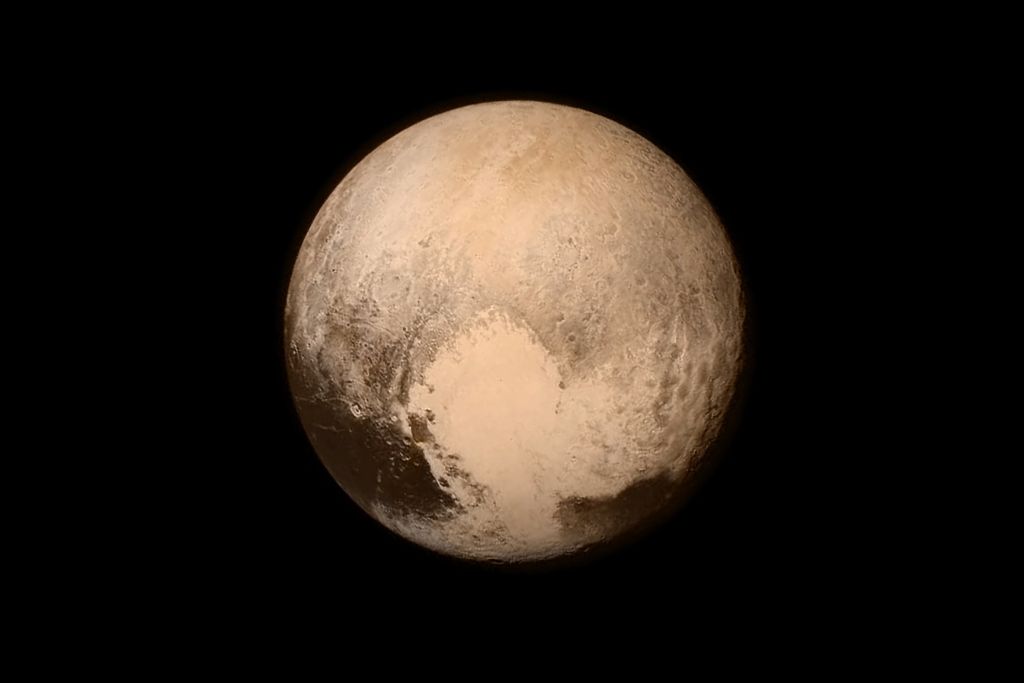