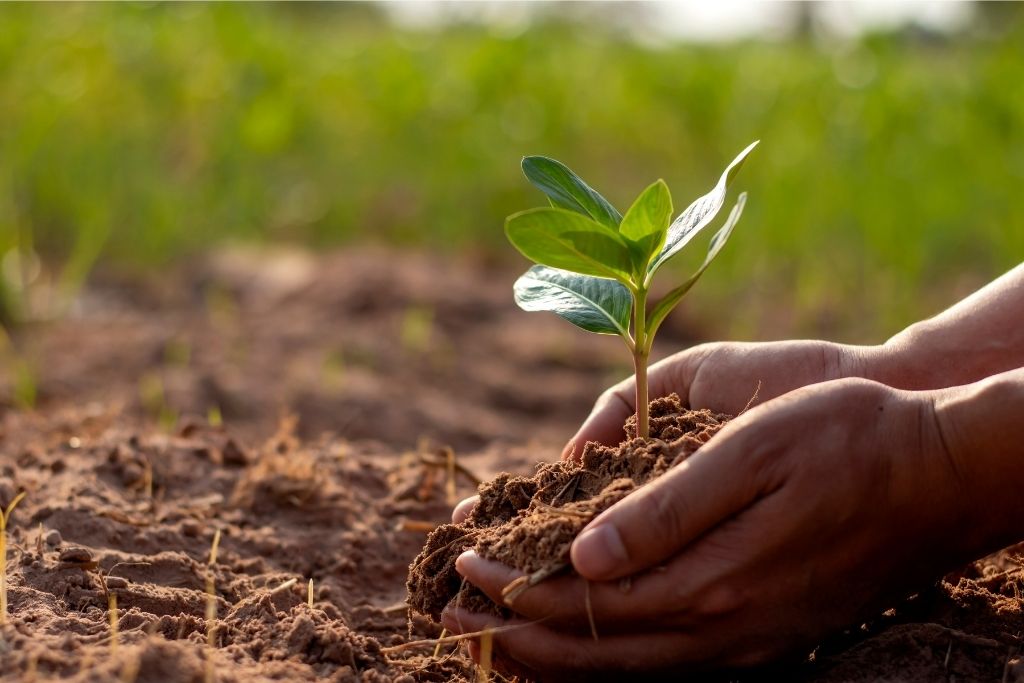 Out of all the exoplanets that have been discovered, scientists have yet to find another planet that is able to sustain life. Exoplanets are planets that orbit around a star, just like Earth orbits around the star we call the Sun. So why is Earth the only planet with life?

There are several factors that play into why Earth is the only planet with life that we know of. Some of these factors include:

Water is the main thing scientists look for when studying planets. Scientists believe that without water combined with other factors, a planet cannot support life for long periods of time. Since Earth has just the right temperature, combined with a water cycle and various energy and atmospheric components, it has been able to sustain life long enough for intelligent life to form.

How Is Earth Able to Sustain Life? 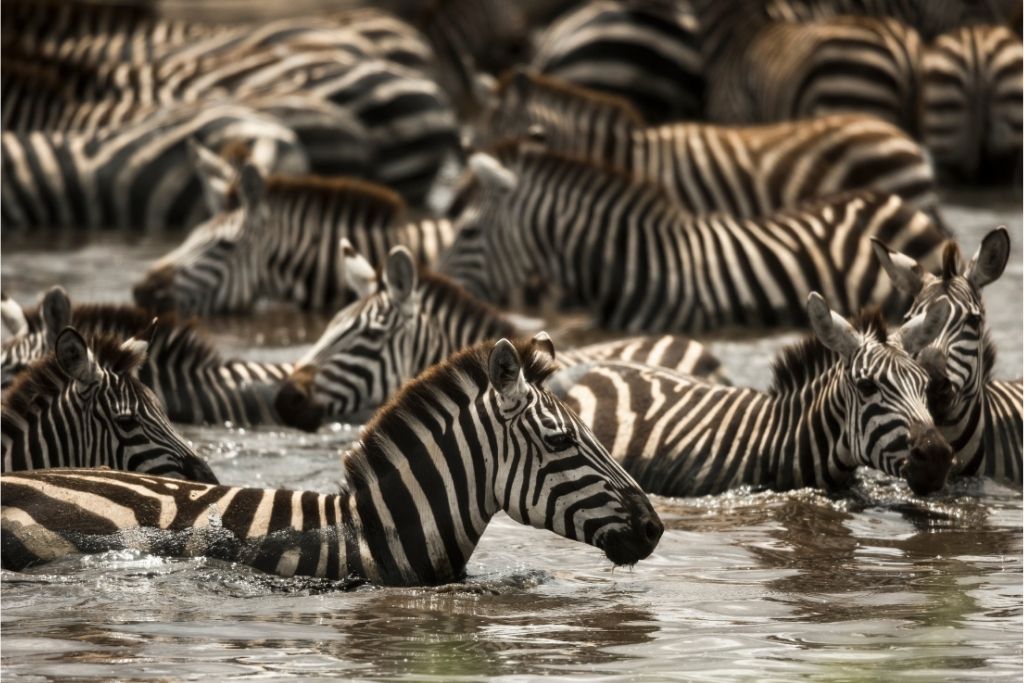 There is a culmination of things that allow the Earth to harbor life. One of the main reasons is that our planet is located in a place called the “habitable zone

”. This zone is defined as the area that is perfectly distanced from the host star to allow water to remain on a planet’s surface. Mars has water underneath its surface, but Mars is too cold for it to exist on the surface.

The Earth sits in the middle of the habitable zone in our solar system. Venus is on the inner part of the zone, while Mars is on the outer part. This makes Earth the perfect distance from the Sun to be able to have water on its surface, and the right atmosphere and temperature for life to survive.

The water on Earth allows for the transportation of chemicals and nutrients needed for life to exist. If Earth were located any closer or farther away from the Sun, it would probably look a lot different and also not be able to have life.
Another reason Earth is the only planet with life is because of its atmosphere. The Earth’s atmosphere is very important for protecting living organisms from harmful radiation that would otherwise make it uninhabitable.

Energy and nutrients are an important factor for allowing organisms to run the processes of life. The mixture of energy and chemicals that produce carbohydrates and proteins help organisms grow. Without the perfect balance between the two, life could not exist. Once again, water plays a part in this balance.

This circulation of energy, chemicals, and nutrients allows organisms to cycle through the life process and allows the Earth to replenish natural resources by itself.

Why Are Other Planets in Our Solar System Uninhabitable?

The other seven planets in our solar system are unable to support life for various reasons. Each planet has their own properties and components that make them different from Earth. The main reason why other planets are not habitable is because they are not in the habitable zone. Some planets are too close to the host star to maintain water on the surface, while others are too far away.

In order for a planet to sustain life, it needs to be in just the right spot with the right temperatures. It just so happened that Earth was in the perfect position in our solar system to have the right conditions to form life and more importantly, maintain it.

Even if planets in other solar systems are located in a habitable zone, that doesn’t mean they can house life for long periods of time. This can be for a number of reasons, such as too much exposure to radiation from the host star, uninhabitable conditions on the planet itself, or the position of the planet in relation to the host star.

Possibility of Life on Other Planets

Although we have yet to discover planets in our galaxy that are able to harbor life, that doesn’t mean it won’t happen. There very well could be life on an undiscovered planet somewhere in our galaxy or the universe. The problem is we can only use what we already know about our planet and the technology that we have to try and find planets that are capable of life.

Our galaxy, the Milky Way, is approximately 100 light-years in diameter. One light year is equivalent to 5.8 trillion miles. Multiply that number by 100 and you get the diameter of our galaxy. With that said, there are billions of galaxies in the universe.

Therefore, it is very likely that there is a planet, or other celestial body, somewhere in the universe that is able to sustain life, it just hasn’t been discovered yet and may never be. 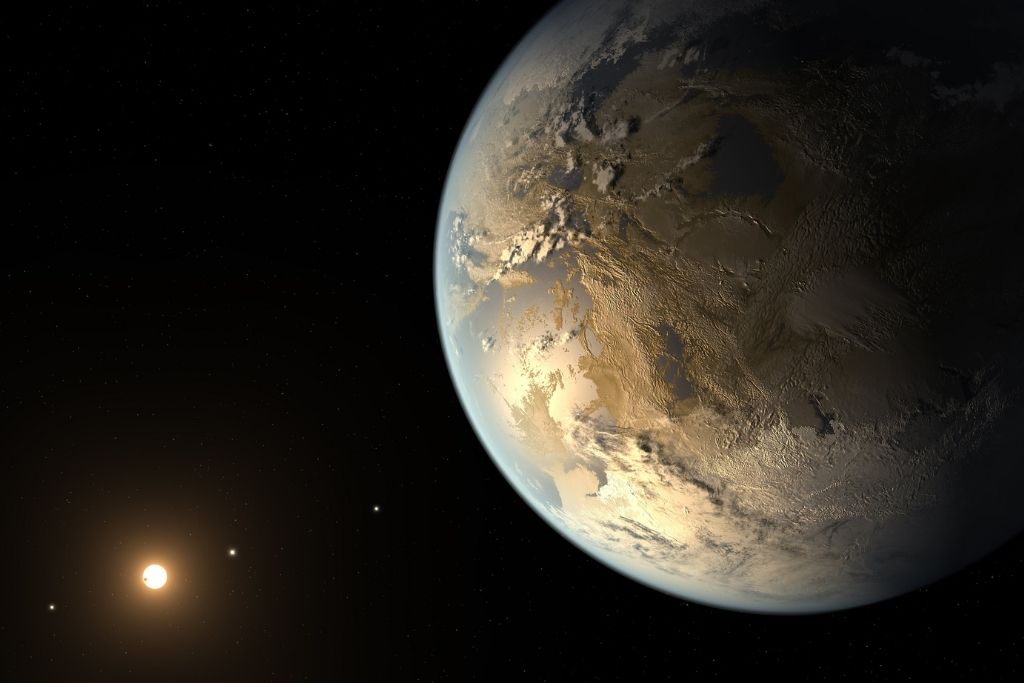 There are a few characteristics that scientists look for when searching for Earth-like planets. Some of these features include mass, distance from the host star, and composition.

Scientists are on the search for Earth-twins, meaning Earth-size planets that orbit a star similar to that of our Sun in the habitable zone. Although we have yet to discover a planet that resembles a true Earth-twin, scientists have found other planets in our galaxy that exhibit Earth-like features.

is an Earth-size exoplanet that was first discovered in 2014 by NASA’s Kepler Space Telescope. This planet’s orbit is more than twice as fast as the Earth’s orbit around the sun. It completes a full orbit around the red dwarf host star, Kepler-186, in 130 days. The Kepler-186 system is located in the Cygnus constellation.

Scientists determined that Kepler-186f may have Earth-like properties. Kepler-186f is located 500 light-years away from Earth in the habitable zone of its host star, however, that does not mean it is habitable. With further research and future technological innovations, scientists may be able to determine what type of atmosphere Kepler-186f has in the future. Until then, this exoplanet will remain on the radar for potentially habitable planets in our galaxy.

Also located in the constellation Cygnus is Kepler-452b. This exoplanet is 1,400 light-years away and is thought to resemble Earth in terms of orbital period and location to its host star. One of the most promising characteristics of Kepler-452b is that its host star is thought to be a G-type star fairly similar to our Sun. Most of the stars we have in the Milky Way are red dwarfs, while our Sun is a G-type star.

Kepler-452b is also in the habitable zone and may be a rocky planet. It has a 385-day orbit around its host star, making it very similar to Earth’s 365-day orbit. Scientists have not determined Kepler-452b’s mass or composition yet, but we do know that it is about 60% larger than Earth.
One of the most fascinating things about the discovery of Kepler-452 is that it has been in the habitable zone for six million years. This means that there is a huge possibility for this planet to be able to sustain life. The Kepler-452 host star is 20% brighter and 1.5 billion years older than the Sun, but it has the same temperature.

released an announcement claiming that the rocky planets of TRAPPIST-1 may be made of similar components to the Earth.

The most interesting thing about these seven planets is they are all Earth-size. Since they all have similar densities, this leads scientists to believe they might also contain similar materials, such as oxygen, iron, and magnesium. Most of the planets are thought to be too hot to be habitable, but scientists have hope that one of the planets, TRAPPIST-1e, may be able to sustain life.

Will Mars Be Habitable? 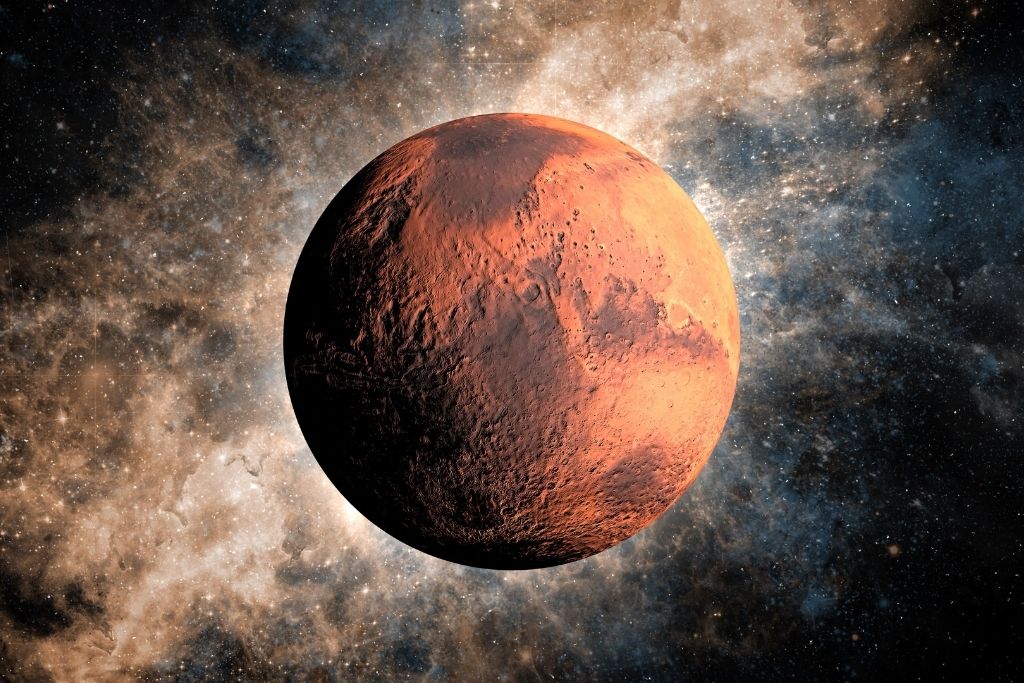 With talk of traveling to Mars, you may be wondering if Mars will ever be habitable. According to Ell Bogat from NASA’s Mars Exploration Program

, it’s a possibility. Scientists have found evidence that Mars may have been habitable in the past. Mars used to be warmer, and also had surface water at one point hundreds of thousands of years ago.

There is water on Mars in the form of ice and there is also oxygen. The magnetic field that once protected Mars has weakened significantly over time, leading to water loss. This red planet also has carbon dioxide, but it has a lot more of it than oxygen. Even though Mars does have oxygen, it is not enough for humans to be able to breathe on Mars.

NASA has been preparing for a manned mission to Mars, with the goal of a human landing on the red planet by the 2030s. If we manage to get to Mars, this will allow scientists to get a deeper understanding of Mars’ characteristics and hopefully give us more insight on its life-sustaining abilities.

Final Thoughts: Why Is Earth the Only Planet With Life?

Earth just so happened to be in the perfect position within our solar system to be able to form intelligent life. The Earth’s properties, including size, temperature, and location to the Sun, play a big role in its ability to sustain life. Based on our current knowledge of when life first appeared 3.5 billion years ago, it took one billion years since the Earth formed to create life.

The possibility of life outside of our solar system is there. Scientists continue to find new exoplanets that resemble Earth in some way. However, we have yet to find a true Earth-twin that shows clear signs of alien lifeforms.