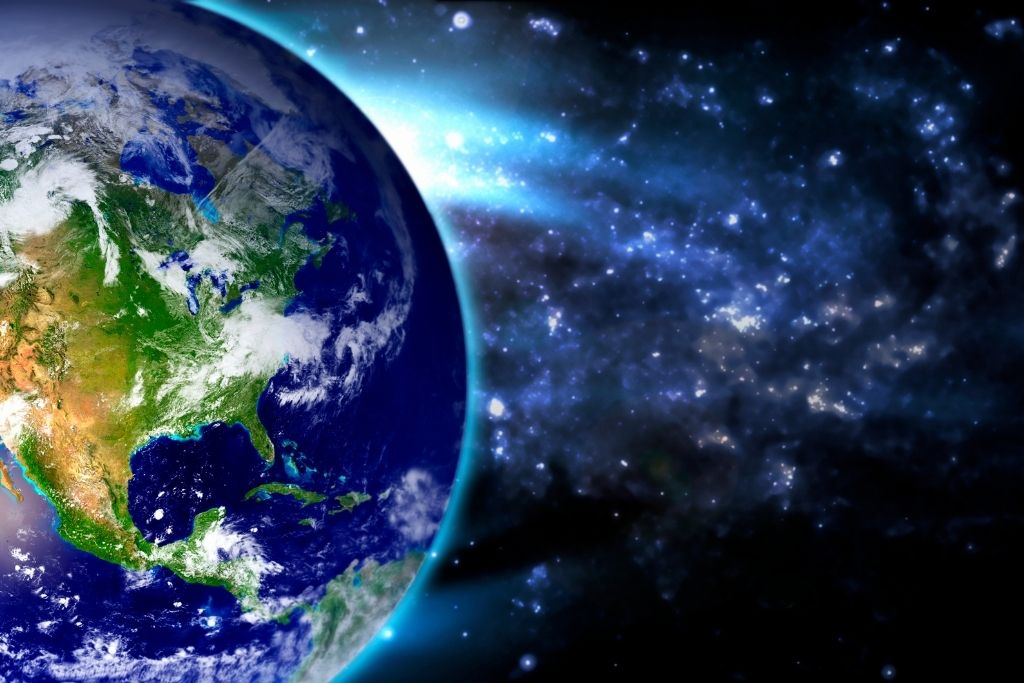 No doubt you have heard someone refer to Earth as “the blue planet”. You might be wondering, why is Earth called the blue planet? This moniker has been used to describe earth since it was first observed from space in 1946. Before then, people had no idea what the full view of our globe looked like. Luckily, we live in an age where we can easily view our world from space.

Why Is the Ocean Blue? 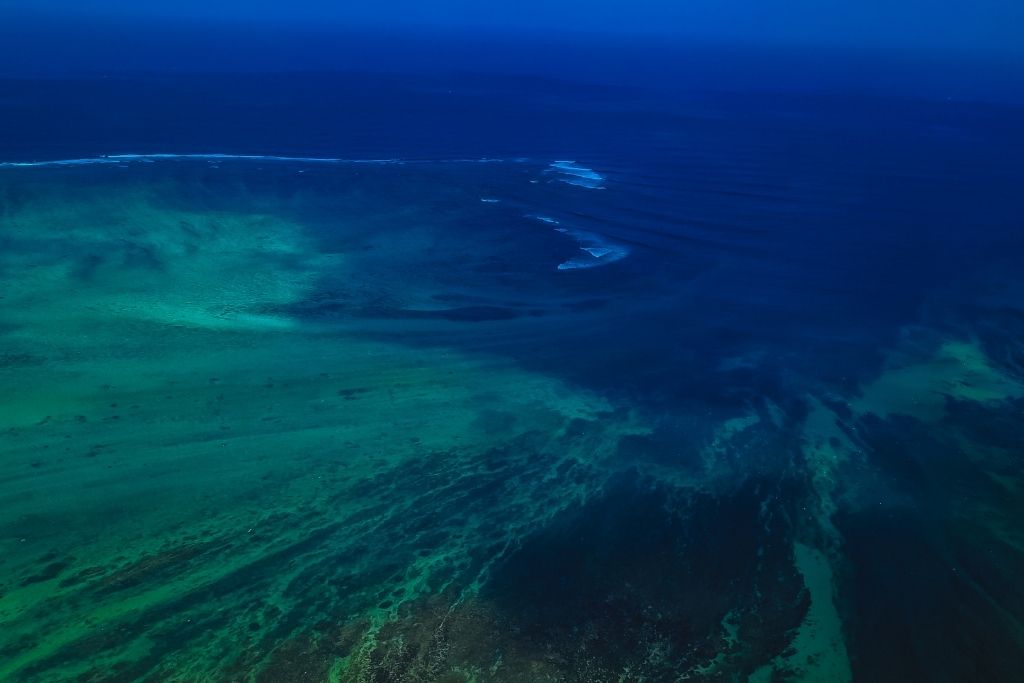 In reality, most oceans are completely pitch black. The sun is only able to penetrate around 700 feet down into the depths, so anywhere beyond that point is completely dark.

Why Is There So Much Water On Earth?

The most agreed-upon theory is that over millions of years, the oceans were formed as the temperature gradually cooled, allowing the water in the atmosphere to condense and fill what we now know as the oceans.

It took the temperature falling below the boiling point for this process to begin, as the world was extremely hot millions of years ago. Water vapor was expelled from molten stones and when met with the cooling atmosphere of the Earth, began to fill the large caverns that used to cover the planet. Earth’s gravity kept the water from evaporating into space.

It can be strange to think about a world with no ocean, but before this process, the Earth was nothing but large craters and canyons. Luckily for us, this process was a success, or else the world would be quite the inhospitable place.

What Does the Ocean Do? 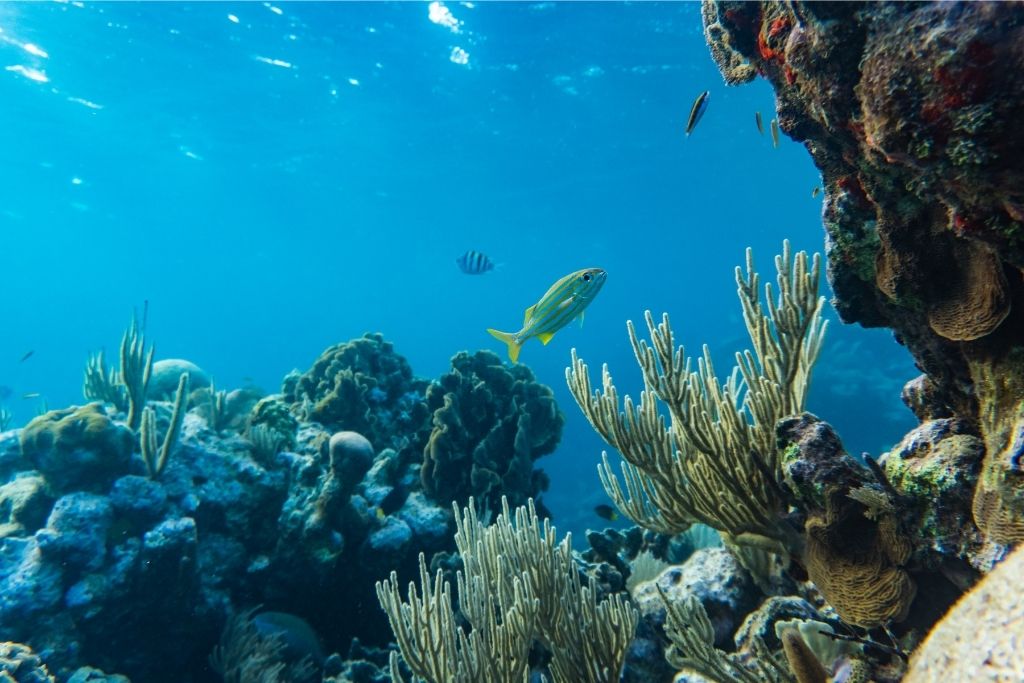 We all know that the ocean is beautiful, but it also serves some critical functions for our survival and well-being on the planet. The most important of which is the fact that the ocean is responsible for a sizable 50 percent of the oxygen that we breathe

Another one of the most important functions of the oceans is to facilitate the Earth’s water cycle. The water cycle is the process of water evaporating into the atmosphere and condensing into the rain that falls all over the globe. Without the water cycle, the Earth would become a dry, arid, wasteland that could not properly support life.

The oceans also help to regulate the climate by absorbing massive amounts of heat from the sun that might otherwise fry the planet. This heat is dispersed through the ocean, with the warmest points being near the equator. If this process did not happen, the climate of the Earth would become unpredictable.

Oceans also act as one of the most important sources of food that humans have on Earth. A surprising 20 percent of all meat consumed globally is fish. There is more to the ocean than just being a source of food, it is also one of the most richly biodiverse biomes in the whole world. There could easily be millions of creatures in the ocean that have yet to be discovered.

Why Is the Ocean Salty?

The salt in the ocean is the result of erosion. Rocks on land are eroded by rain and release salt and other minerals into the ocean. This process has continued for millions of years, which is the reason for the massive amounts of salt that are estimated to be in the ocean.

Salt is also released into the ocean by hydrothermal vents and underwater volcanic activity. Both of these processes involve the ocean water reacting to heat, which can cause some of the minerals in the surrounding area to be dissolved. There have also been salt domes found in the ocean, which are massive salt deposits that have formed over millions of years. The salt domes are constantly releasing salt into the ocean.

The measure of salt in the ocean is called salinity. The exact salinity of an ocean at any given time can vary, depending on factors like temperature and precipitation. Typically, the salinity of the ocean is much lower around the equator or poles of the Earth and high in areas that have higher latitudes.

Why Is Earth the Only Planet With This Much Water?

There are a few reasons that you do not see large oceans on other planets in our solar system. It is generally due to the atmospheric conditions that the planet is subject to. Most planets simply do not have the proper atmosphere to accommodate large bodies of liquid, with most planets either being too hot or too cold.

There is a common misconception that water does not exist on other planets in our solar system at all. In actuality, water exists on many different planets, but only on Earth is the water able to take on all three forms of matter, solid, liquid, and gas. Other planets in our solar system likely have water in their atmosphere, but it is stuck in the form of either a solid or gas.

. It is theorized that Venus was so close to the sun that all the water evaporated due to the heat, shrouding the planet in a steamy atmosphere. As for Mars, the atmosphere is too cold to facilitate liquid water as we know it. Most of the water on Mars is assumed to be contained in the polar ice caps or frozen deep in the soils of the planet.

Earth is the perfect distance away from the sun to accommodate all forms of water, which is lucky for us, as without these preferable conditions, the world would likely not be habitable to humans.

What if the Ocean Dried Up? 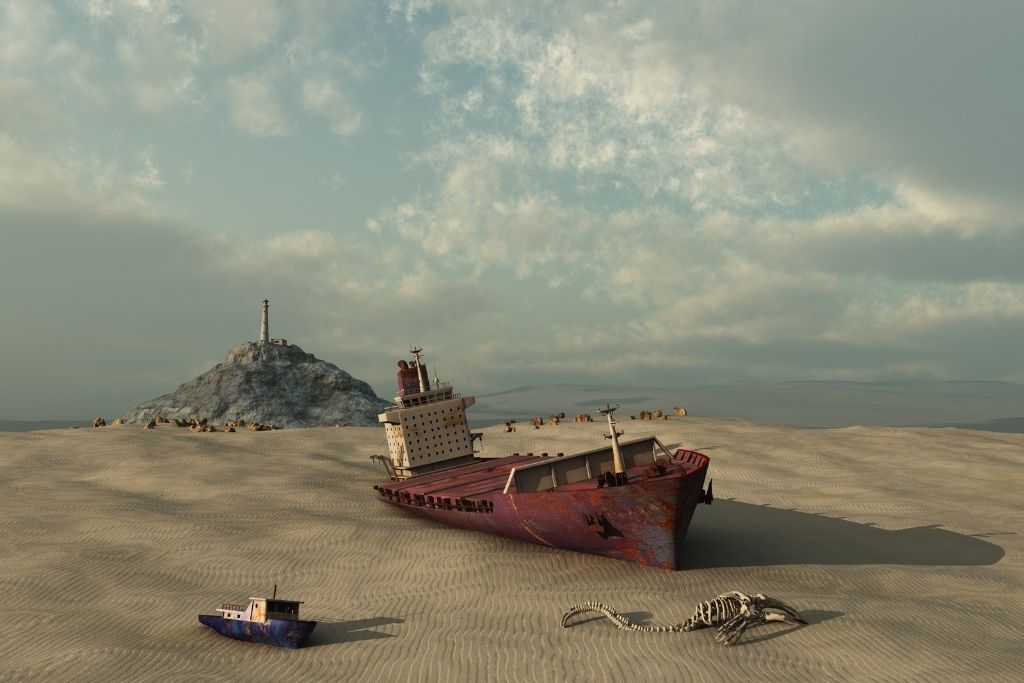 The first and most obvious thing you would notice if the oceans dried up is the scarcity of natural water on the planet. Only around 5 percent of the Earth’s natural water supplies would remain, causing natural water to become an extremely rare and valuable commodity.

This would also affect the water cycle of the Earth. The water cycle is the way that water from the ocean is dispersed into the atmosphere and returned to the ocean and land as rain or precipitation. Without the oceans, this cycle would not be possible, causing rain to become incredibly rare. These conditions would eventually cause the entirety of Earth’s climate to dry and arid desert.

If humans did manage to adapt to these new conditions, you can rest assured that the animals and plants of the world would not. Wildlife and the flora of the Earth would begin to perish in mass. Widespread dry plant matter would increase the risk of wildfires, which could add dangerous levels of carbon dioxide into the atmosphere at a rate that has never been seen before.

As the sun continues to warm the Earth with no heat diffusion, areas around the equator would become unlivable. The average temperature of the Earth would hover around 160 degrees Fahrenheit, making life above ground impossible.

This guide has broken down some of the most common questions related to why Earth is called the blue planet. The Earth earned the name the blue planet due to the massive amounts of water that is located on the planet. This is a characteristic that is unique to our planet.

While water may exist in other forms in the solar system, Earth is the only atmosphere where liquid water as we know it is currently possible. Luckily for us, we are located in the perfect spot to have access to all three forms of water, ensuring that life can be sustained on the planet.

Without the oceans, the world would be an uninhabitable place. It is more important now than ever to ensure the health of our world’s oceans. With the knowledge provided to you in this guide, you can now understand what a vital asset that the oceans are to the world as a whole.