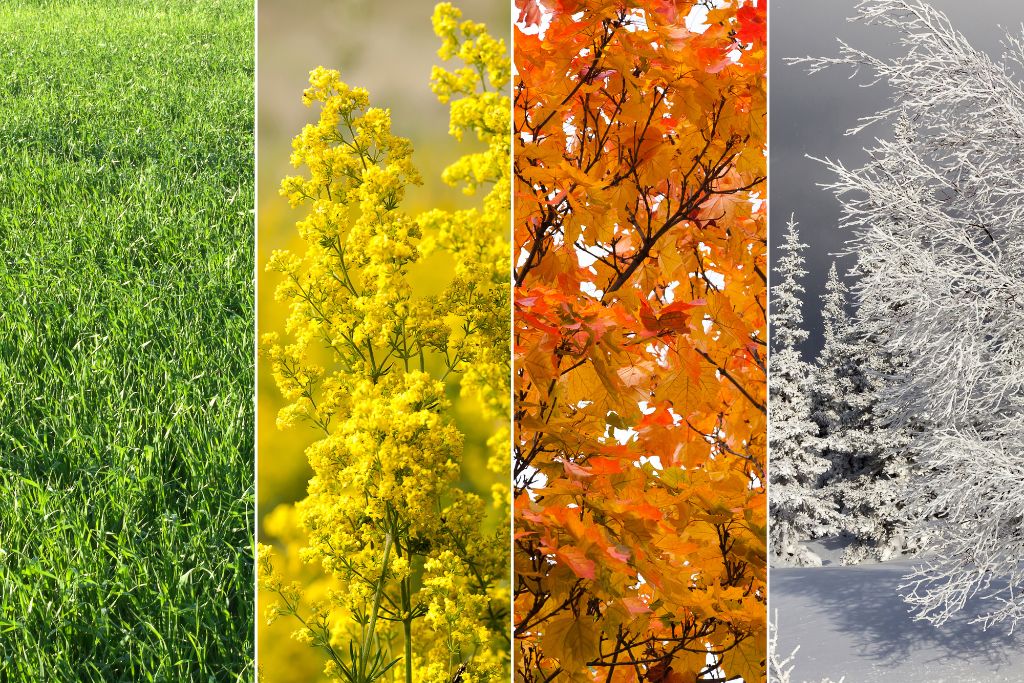 It’s funny how, as a child, my friends and I used to lie on the grass and look up at the starry night sky and watch as all the stars and the moon seemed to slowly drift by, like a decorated float in the Christmas parade. We always just assumed that we were in a fixed position, and everything in space was revolving around the Earth. Yet, in all our musings, we could never figure out how we would have such cold, harsh winters and such hot, humid summers. So why does the Earth have seasons?

The real reason we have warm summers and cold winters has to do with the Earth’s axis of rotation. You see, if there were a long stick that went through the center of the Earth from top to bottom in a perpendicular fashion, then each part of the Earth would be facing the Sun equally no matter where it was in its revolution around the Sun. But the axis is not perpendicular. It’s actually tilted at an angle of 23.5 degrees. With this in mind, the Northern Hemisphere is tilted toward the Sun for half of the year – making it warmer – and tilted away from the Sun for the other half of the year – making it colder.

So How Does the Earth’s Tilt Make It So Cold for Some People and So Hot for Others?

First, let’s explore the Earth’s tilt. The tilt of the Earth has a lot to do with how the mass is distributed over the planet. There are larger amounts of land mass and ice sheets in the Northern Hemisphere, and this makes the Earth topheavy.

As an example, my kids love to swing. We have a huge tree swing in our front yard, and actually, more than just swing, they love to spin. One child will sit on the swing while the other will wind him around tighter and tighter until the ropes can’t twist anymore. Then he will back away and watch as his brother gains momentum while the rope unwinds. Except there’s a catch.

My younger son doesn’t like to go too fast. And when the swing is wound up tight, it goes fast! So eventually, my son will lean back by stretching his arms while holding the rope in an effort to slow down the momentum. The funny thing is that, by doing this, his spin becomes wobbly and crooked. He is no longer sitting straight on the swing, so his spin, and his imaginary axis, are now tilting.

This is what happens with the Earth. The heavier places cause it to tilt, so its axis is at an angle of 23.5 degrees no matter its position in orbit around the Sun.

How We Transition to Winter and Summer 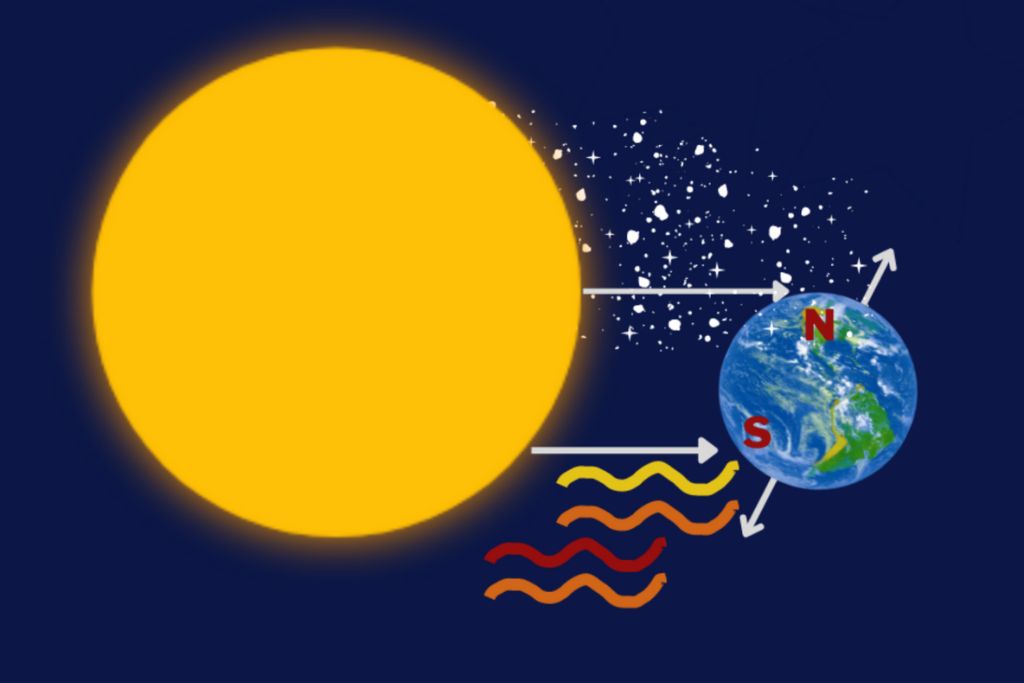 Now, remember, the Earth is continually spinning on its own axis as it revolves around the Sun. So, every part of the planet that is closer to the Sun at any given time, day or night

, as the Earth continues to spin on its axis, will experience warmer weather, or summer.

Likewise, any part of the planet in the North that is facing the Sun, whether day or night, will experience colder weather or winter.

But What Happens When the Earth Has Rotated to the Other Side of the Sun? 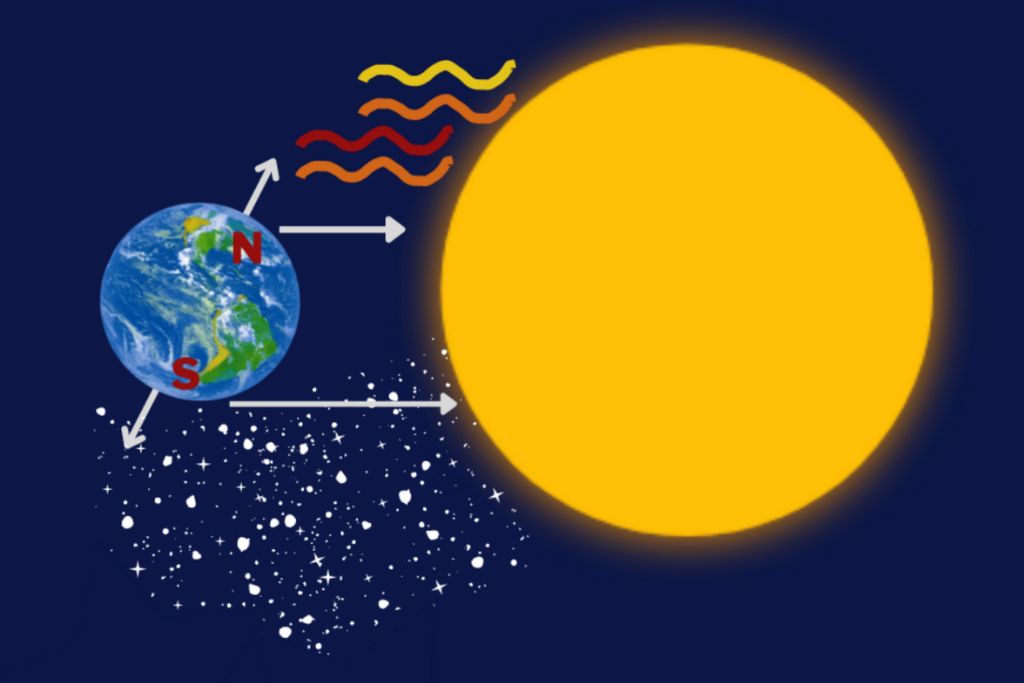 There are 365 days in a year. This means it takes the Earth 365 days to orbit around the Sun.

In approximately 182 days, half a year, the Earth will be on the other side of the Sun, but its axis will still be at a 23.5-degree tilt. So when the Earth has made it to the other side, all the areas that are in the northern hemisphere of the Earth will be closer to the Sun and will experience their summer. All the areas of the planet that are in the southern hemisphere will be tilted away from the Sun and experience winter.

Are All Areas of the Hemisphere That Are Pointed Toward the Sun Going to Be Equally Hot?

Do All Parts of the Earth Have All Four Seasons?

However, as you get closer to the Equator, days are typically always 12 hours long, and the season generally remains warm

, though they do experience a wet and dry season.

What Is the Equator?

At the Equator, the Earth doesn’t really tilt when the planet rotates on its axis. For this reason, its position relative to the Sun remains relatively constant throughout the entire year. So the idea of having Spring, Summer, Fall, and Winter is nonexistent. The only thing that changes is the division between wet and dry periods. Not hot and cold.

When Do the Seasons Begin? 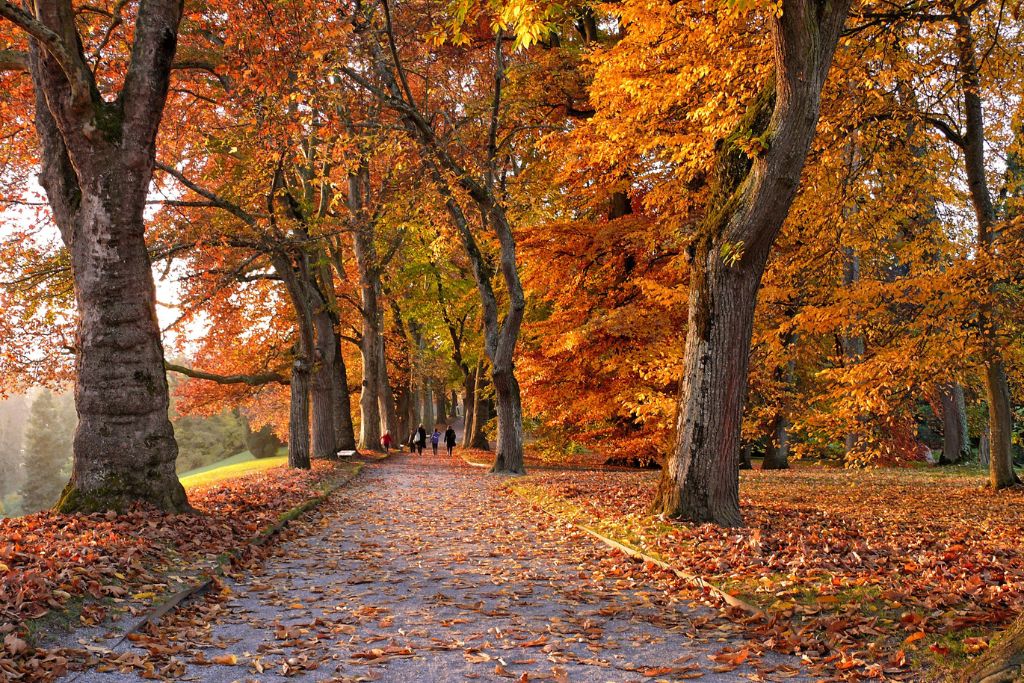 . However, there are two ways that we define seasons.

The Astronomical Start of a Season

The astronomical start of a season is based on where the Earth is in relation to the Sun. So the beginning of each season is either a solstice, such as a winter solstice or summer solstice, or an equinox, which is used for Spring and Autumn.

When the Sun is at the most northerly point in the sky or the most southerly point of the sky, it is either a summer or winter solstice.

An equinox is when the Sun passes over Earth’s Equator. Because our calendar system has leap years, the dates of the equinoxes and solstices can change by a day or two, which causes the start dates of the seasons to vary.

The Meteorological Start of a Season

This sums up why the Earth has seasons

. Unless you live around the Equator, whatever season you are experiencing, the people on the opposing pole from where you live will be experiencing its opposite.

I hope the above illustrations and examples help you better understand what is happening when the Earth experiences different seasons.