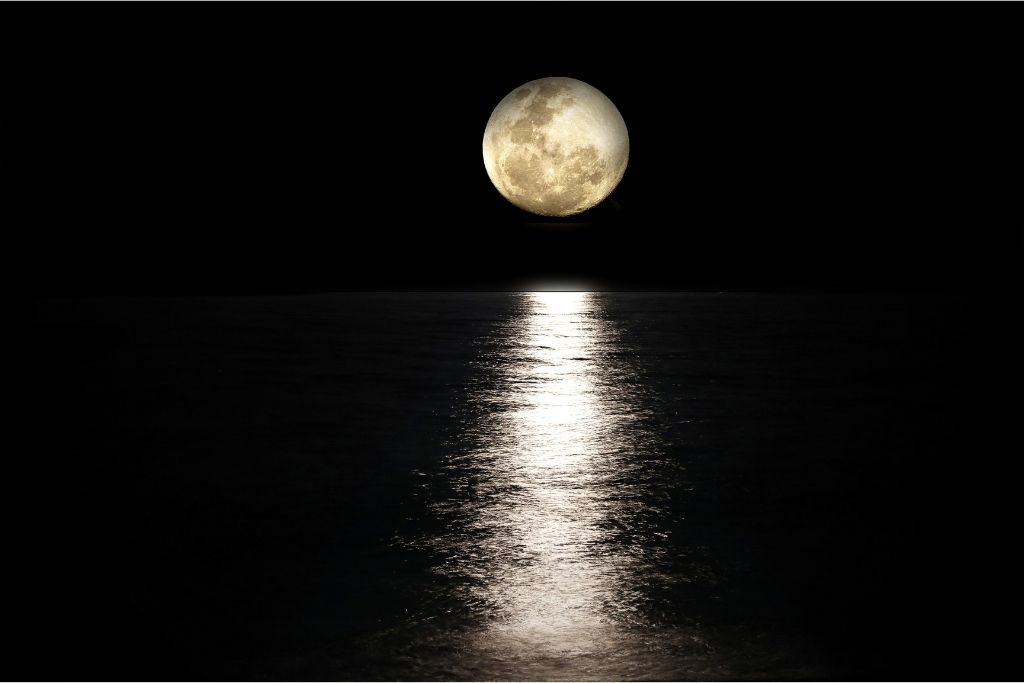 One of the most common space-related questions people have is, why do planets have moons? They often wonder this while admiring the wonder and beauty of our own moon. Luckily for you, modern astronomers have worked out exactly why planets like ours have moons and also what their main function is.

Simply put, planets have moons because during their formation there was a large presence of space debris that got pulled into the planet’s orbit. This space debris, unable to escape the gravitational pull of the newly formed planet, is crushed and rounded over time, eventually becoming what we commonly recognize as a moon.

It might be strange to think about those large celestial bodies in the sky being nothing but mounds of rocks floating in space, but that is essentially all any moon is. For most planets with moons, they serve as nothing more than landmarks in space. Although, some moons have more practical and noticeable functions, like Earth’s for instance.

If you find yourself wondering more about moon formation and why planets have them, this detailed guide will cover many common questions related to this matter. Astronomers have done extensive studies on moons and their functions, so luckily there is plenty of scientifically verified information out there. Human fascination with the moon has been prevalent since the earliest days of our species, we are fortunate to live in an age where some of those burning questions have been answered.

How Exactly Is a Moon Formed? 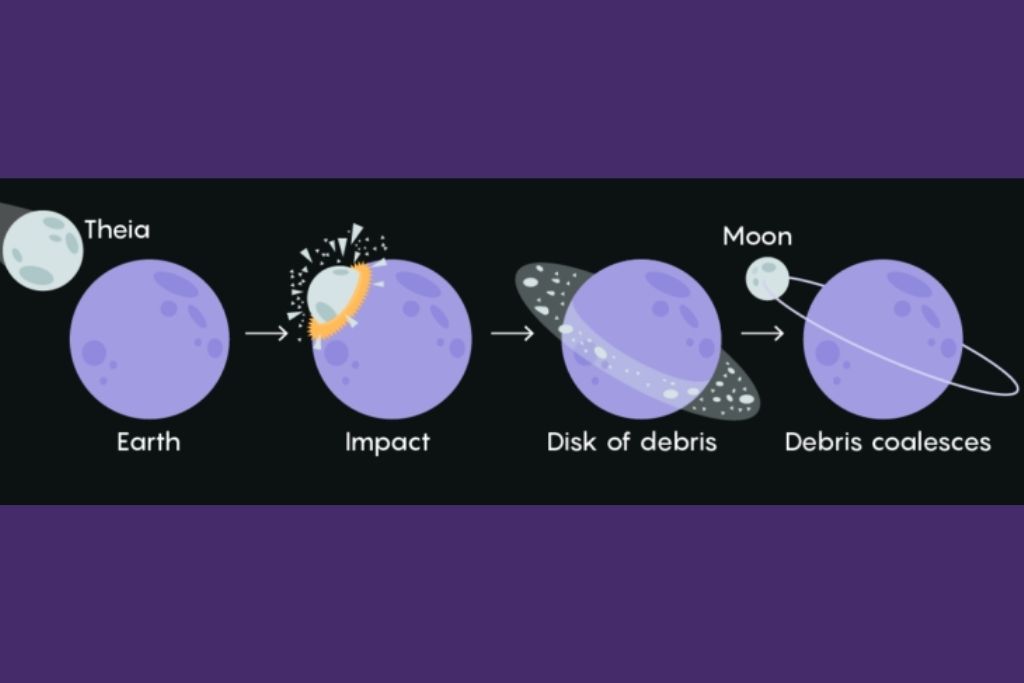 The process of moon formation

begins when a planet is being formed somewhere in space. The energy that is generated from this event causes a strong gravitational pull to build up, drawing in any potential space rocks that are likely to exist. Once stuck in the orbit of the planet, these rocks will eventually be crushed and rounded, due to billions of years of being stuck in the planet’s gravitational pull.

A moon can also be formed by chunks of a planet breaking off and being caught back in the gravitational pull and thrown into orbit. Something like a large asteroid hitting a planet could potentially cause the formation of several new moons, should the planet survive.

One thing to consider about our moon is that scientists typically agree that it did not form in the same manner as other moons. While other moons in the solar system are thought to have been formed during the planet’s creation, it is believed that Earth’s moon is the result of a collision with another large object that caused massive amounts of space debris to be released into our planet’s orbit. This theory is often a source of contention among scientists, but they all generally agree that Earth’s moon is not the result of typical gravitational formation.

As humans move further and further into the space age there will likely be new information discovered to shed more light on the exact way our moon was formed.

What Does the Moon Do?

While most moons in our solar system serve no real practical purpose, Earth’s moon is a special case. Our moon acts as a type of natural satellite system

that orbits our planet and helps to keep the climate stable. It also acts as a general quality-of-life provider, as without it nighttime would be pitch black, making living on Earth extremely difficult.

The most significant function that our moon has is regulating the tides of the sea. Due to the gravitation pull of the moon on the Earth’s oceans, the tide will rise, and fall based on the position of the moon in Earth’s orbit.

Due to these factors, the moon is just as important for human survival as the Sun. The Sun also has a gravitational pull but is located so far away that it does not have any effect on Earth. Other planets in the solar system appear to have no moon that is as vital to the well-being of the planet, though it is hard to observe any effects the moon could be having from so far away.

Why Does Earth Only Have One Moon? 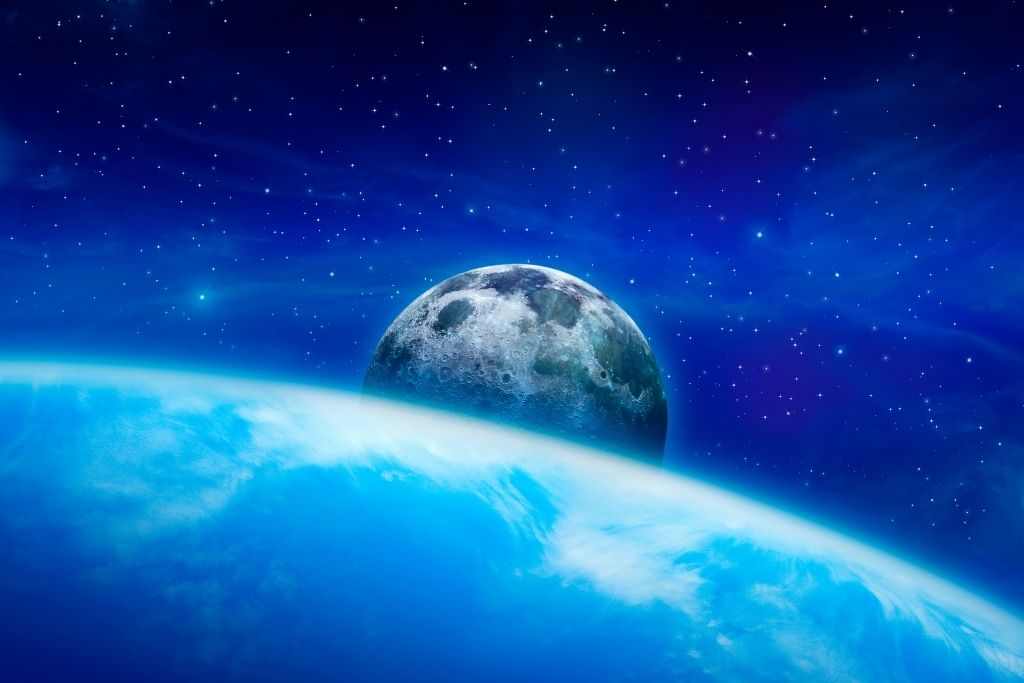 So why then does Earth only have one? Scientists generally agree that Earth’s moon was formed on collision with another large celestial body around 4 billion years ago. What this means is that for Earth to form another moon in its orbit, there would need to be some kind of massive collision event that causes pieces of the Earth to break away and get caught back in the orbit.

There is no way for the Earth to form a moon in a typical way, as the planet has already been created. For most planets, moon creation occurs during the birth of the planet. This can lead a planet to have a large number of moons like Jupiter or Saturn. Scientists have used this observation to conclude that if Earth’s moon had been formed this way, there would likely be more than one currently in orbit.

Can a Moon Have a Moon?

It is highly unlikely that a moon could have another moon circling its orbit. This is due mainly to the fact that any potential debris caught in a moon’s orbit will likely be overpowered by the gravitational pull of the planet that the original moon is currently orbiting. It is, however, a possibility.

Moons with other moons have been observed in our solar system, though they were almost always just temporary. In almost all cases of moons with moons, the secondary moon would eventually wind up pulled into the planet’s orbit, where it would then become another moon for that planet.

All moons generally only rotate one time per orbit. This slow rate of orbit means that any objects currently caught up in it will wind up orbiting much faster, causing the new moon to be drawn into the planet’s much stronger gravitational pull. Because of this, you will generally never see a moon with a moon for very long.

What if the Moon Disappeared? 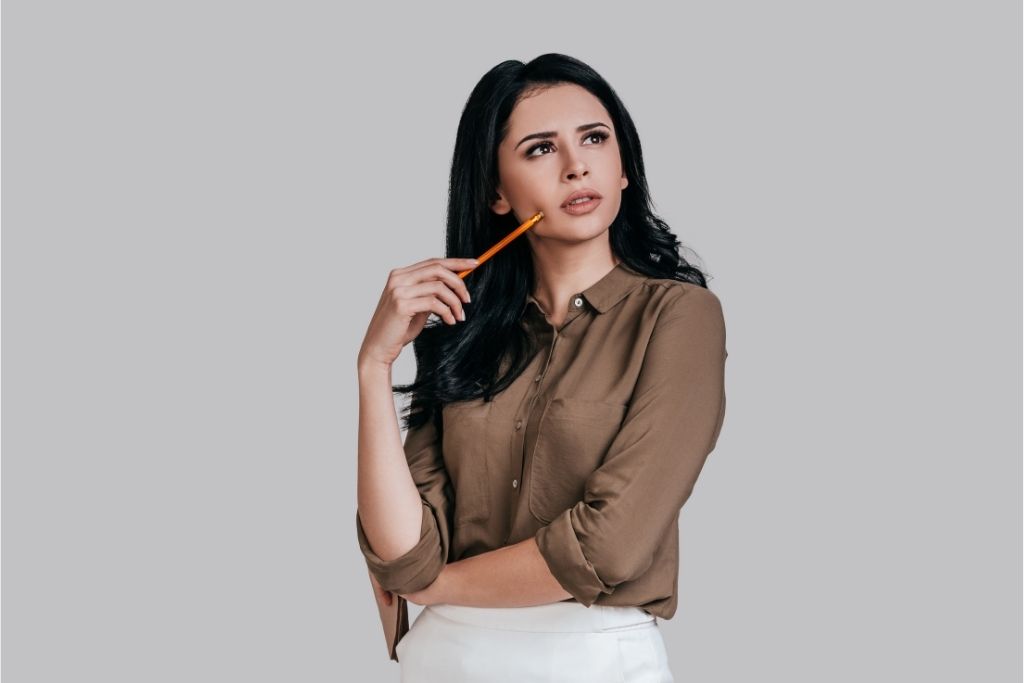 Without the moon, both humans and animals living on Earth would find it far less hospitable. The moons regulate some key elements of life on earth, including the tides, nightlight, and even the seasons. So what exactly would happen if the moon disappeared?

. The moon dictates the lowering and rising of the tides. Without the added gravitational pull on the ocean by the moon, the tide would remain extremely low, upsetting the natural ecosystems of animals in the ocean.

This could lead to the mass extinction of aquatic life. The tides also affect the climate on Earth, helping to moderate temperatures. Without the moon, the global climate would become increasingly more extreme, leading to extremely hot or cold weather that could potentially be dangerous to humans.

The moon is also essential to animals, specifically those who hunt at night. Without the moon to provide a bit of light, some animals will find that they are not able to catch their prey effectively, leading some species to possibly go extinct.

Lastly, and probably the most significant change you would notice if the moon disappeared, is the inconsistency of the seasons. The seasons are dependent on the tilt of the Earth in relation to the sun. Without the additional gravitational pull of the moon to keep the Earth at the proper tilt, the seasons would likely become unpredictable, and Earth would see more extreme weather.

The moon is critical to the survival of humans on Earth. Luckily, the moon is not likely to go anywhere anytime soon. Earth’s moon is an estimated 4.6 billion years old, with many billion more years left. Should you find yourself worried about the moon disappearing rest assured that it is not something that will occur in your lifetime, if ever.

That being said, there has been some speculation that over time, think billions and billions of years from now, the heat from the sun could eventually cause Earth’s moon to disintegrate. This is not a very common theory, but it is one that scientists are currently researching to find out more information.

With the help of this guide, you now understand a little bit more about why planets have moons, among other relevant information regarding moon formation.

Humans have been fascinated by the moon since the earliest civilizations. Only now do we have the technology required to further explore the reaches of space and illuminate the many secrets that it holds.

While most moons exist simply as a result of space debris caught in the orbit of a planet, Earth’s moon is highly specialized to ensure that the planet is habitable.