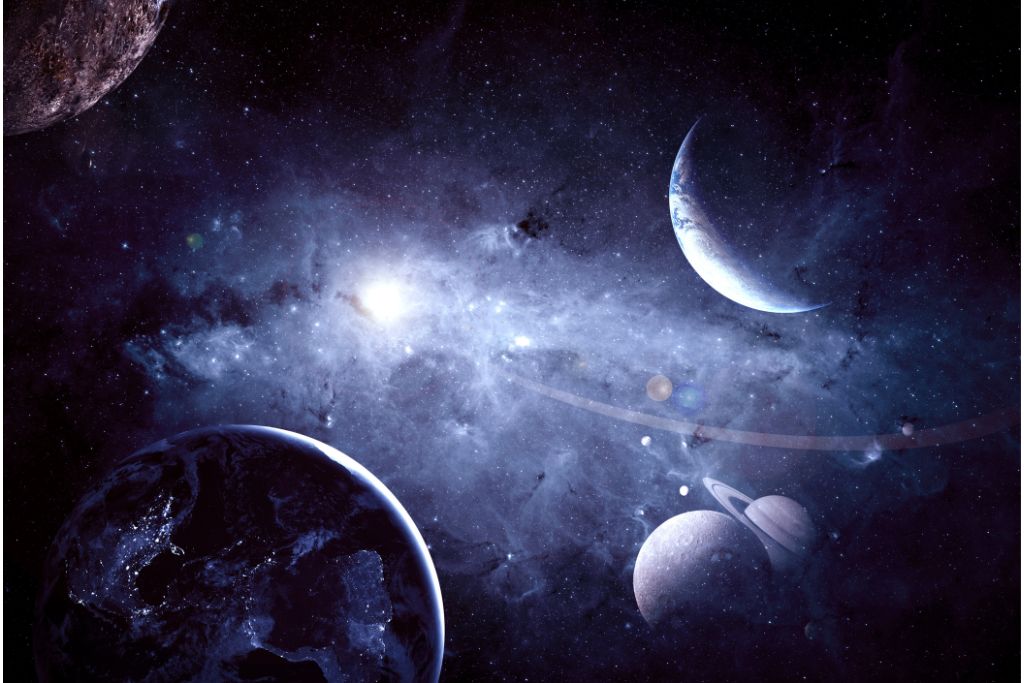 Trying to understand how everything in our galaxy and universe came into existence can be overwhelming. There are so many intricate scientific processes involved that led to the creation of all the celestial bodies in outer space, including Earth. One of the biggest questions we have as we ponder our own existence is why do planets exist?

Most scientists have agreed on one theory for how the universe was created. This is called the Big Bang Theory. Planets exist as a result of the Big Bang event, as far as we know. There are other theories for how the universe may have started, but this theory is more widely accepted. When stars formed, clouds of dust and gas in space began orbiting around them. This material clumps together and may break apart, or start to build up and form a planet.

What Defines a Planet? 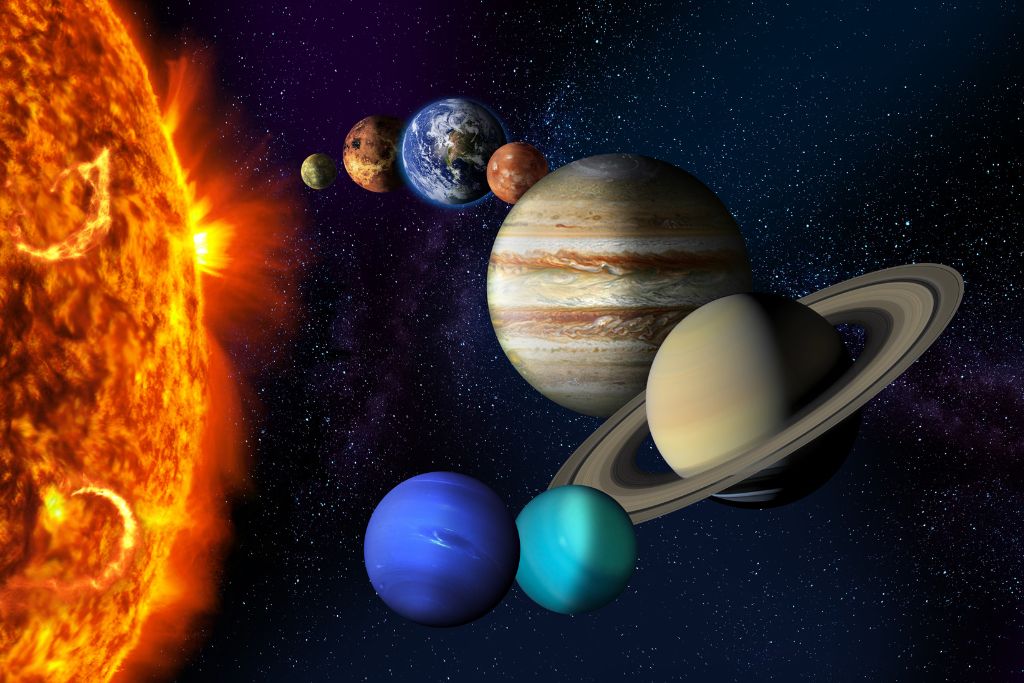 The definition of a planet has not always been the same. Planets were highly misunderstood centuries ago, mainly due to the lack of scientific instruments available for space observation. Before the heliocentric theory was introduced in the third century BCE by Aristarchus of Samos, ancient astronomers did not consider Earth a planet. It was considered to be a central object, and all other celestial bodies known at the time were planets orbiting Earth.

Mercury, Venus, and Mars were considered planets, and other objects including the Moon and Sun were also classified as such. This theory was known as the geocentric model. It was believed that the Earth was the center of all things in our universe. The heliocentric model placed the Sun at the center of the solar system. It wasn’t highly accepted until it was reintroduced by Nicolaus Copernicus in the 1500s. Upon the invention of the telescope in the early 1600s, it was confirmed that the Sun was in the center of our solar system.

In 2006, the International Astronomical Union released Resolution B5

and B6. These resolutions outlined how planets were to be classified. The following criteria for a celestial body to be considered a planet includes:

Anything that meets this criteria in space is considered a planet. Dwarf planets aren’t able to clear the neighborhood around their orbit, but meet the other criteria. All other things in the universe that orbit the Sun are called “small solar system bodies”. This would include things like asteroids or icy objects found in the Kuiper Belt.

How Do Planets Form?

Planets exist because of stars. Dust and gas that orbits around a star is an important part of a planet’s creation and existence. The clouds of dust and gas swirl around a star, creating a protoplanetary disk. It is also referred to as an accretion disk. The pieces of dust begin to clump together, forming small rocks. These rocks may collide against other rocks, or they can expand into a protoplanet. A protoplanet is when a rock has expanded enough to begin the early phases of becoming a planet.

A planet will continue to orbit around a host star while collecting more dust with the help of gasses. Scientists believe that planets are formed by grains of dust

that are even smaller than grains of sand.

Depending on what part of the accretion disk the dust particles are in, the built up dust can turn into a rocky or gaseous planet. Dust and rock particles closer to the host star are warmer, thus they turn into rocky planets. Particles swirling around in the outer edges of the disk are colder. These cold particles can freeze into ice and collect more frozen debris, creating an icy core that draws in gas molecules. This is how gaseous planets come into existence.

Why Do Planets Exist?

The existence of planets revolves around many different processes. First, we have the formation of planets from a host star. The Big Bang Theory explains how stars and planets came into existence billions of years ago.

The other main reason why planets exist is because of gravity. Stars like our Sun that are much more massive than any other celestial body in the planetary system hold everything together. Without a host star’s gravitational pull, planets would not be pulled toward anything. This could cause them to float out into space, collide with other objects, and break apart.

The Big Bang Theory helps to explain why planets exist. The universe was formed by an event called the “Big Bang” 13.8 billion years ago. A tiny, infinitely dense point called a singularity suddenly began expanding rapidly. The universe went through the Radiation Era, and then entered the Matter Era.

Stars were born in a phase called the Galactic Epoch of the Matter Era. Once stars formed, galaxies appeared. Stars began to create most of the elements we have today. This marked the Stellar Epoch, which involved planets and other celestial bodies forming and existing amongst the stars.

Gravity plays a big role in helping planets stay in orbit around a host star. All of the planets in our solar system are held together by the gravity of the Sun. Our planets also have their own gravitational pull, which is why most of our planets have moons.

You might wonder, how can planets remain in place if the Sun is trying to pull the planets towards it all the time? The way gravity works is that the planets are actually falling towards the Sun. The speed at which the planets are orbiting the Sun prevent them from falling and crashing into it.

The gravity of Jupiter also helps keep other planets in our solar system safe. Since this gas giant’s gravitational pull is much stronger, it helps steer asteroids and other rocky objects away from the planets.

When Did Planets Form?

Planets began to form billions of years ago after stars created most of the elements we have in the periodic table. Stars became the building blocks to the rest of the universe. Without stars, planets wouldn’t exist. Life on planet Earth would have ceased to ever exist without our Sun.

Scientists have discovered the oldest known planet thousands of light-years away. This planet was identified by NASA’s Hubble

Planets continue to form along with stars. We don’t have any new planets currently forming in our solar system. Rocky planets can take tens of millions of years to form completely. Planets can continue to change and evolve even after they’ve formed. For example, the Earth formed along with our solar system 4.5 billion years ago, but the first signs of life that we know of didn’t appear until almost one billion years later.

How Our Solar System Formed 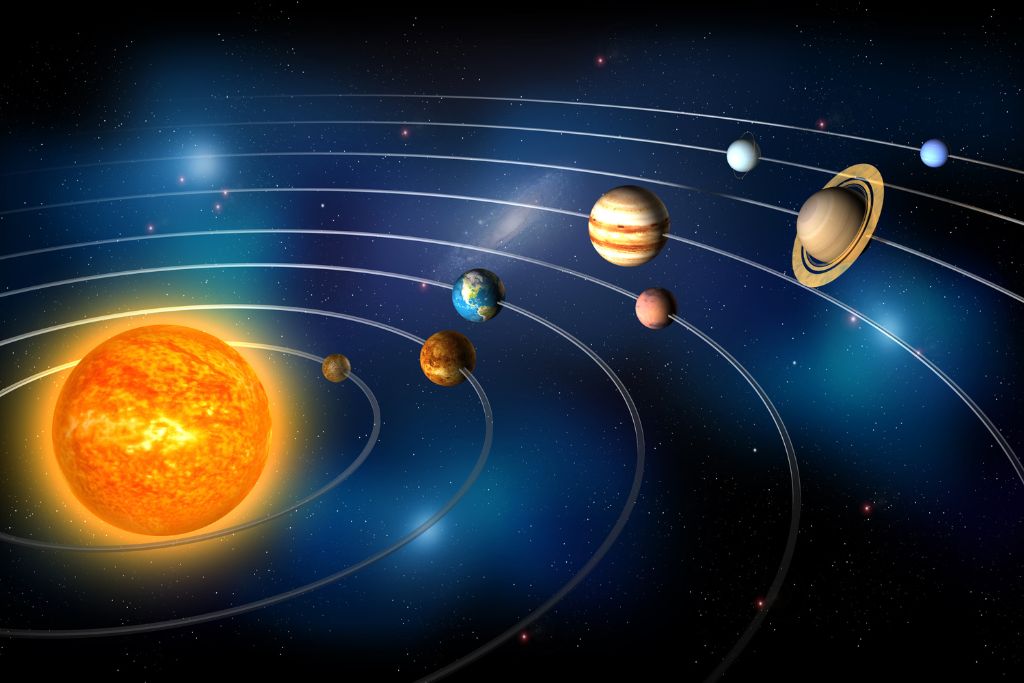 The creation of our solar system lies in the nebular hypothesis. Scientists believe that the solar system formed from a dense cloud of spinning dust, called a solar nebula. It is believed that the solar nebula formed as a result of an uneven distribution of gasses in the universe. The cloud of gas flattened into an accretion disk as the gasses in it condensed due to its gravitational pull.

The mass and gravity of the accretion disk increased as more matter built up in the center. The temperature of the gasses in the center rose significantly, which formed a protostar. The Sun was then formed after atoms fused together under the pressure of the heat. Dust, rock, and gas surrounding the Sun began to cling together and formed protoplanets. These early-staged planets formed into the eight planets that we have in our solar system today.

The rocky planets were pulled closer toward the Sun. The gas giants were pushed into the outer region of the solar system due to solar wind and heat. This arrangement ultimately determined how the planets would evolve and look like today. If the Earth were positioned any closer or further away from the Sun, our blue planet may have looked a lot different.

Final Thoughts: Why Do Planets Exist?

Planets exist for a number of reasons. The first reason is because of the Big Bang, which birthed our entire universe. The second reason is the formation of stars, which created planets from swirling disks of dust and gas. The intricate processes of our system system and other planetary systems allow for planets to continue existing.