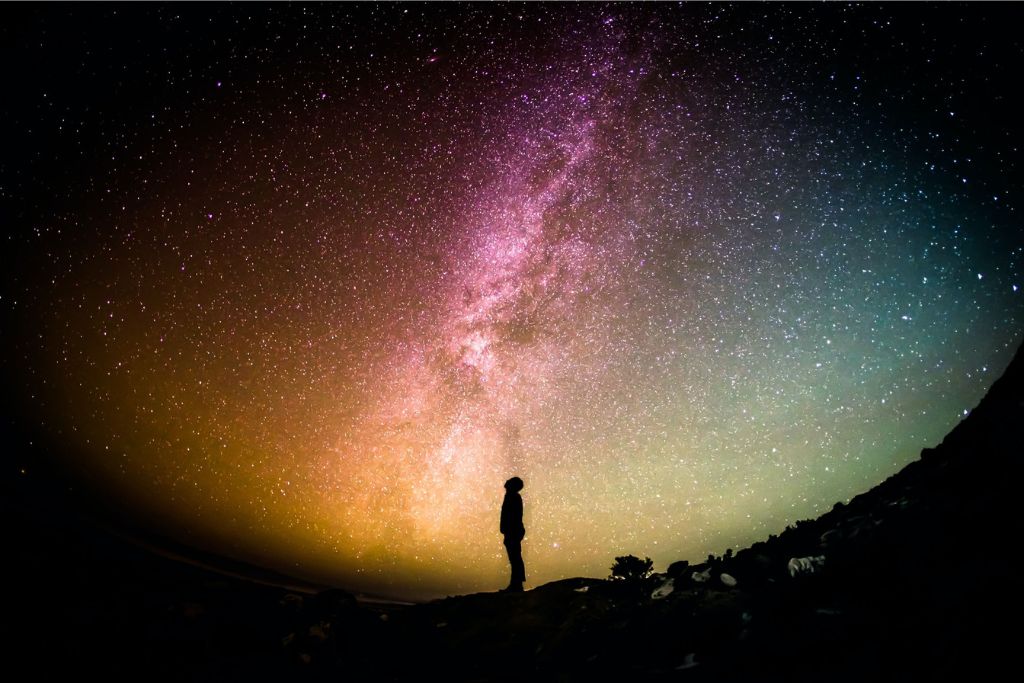 At some point or another, we’ve all looked up at the night sky to observe the flickering beauties of the universe. Stars are the most common astronomical objects that we are able to see with our own eyes. As you see thousands of stars scattered across the night sky, you may ask yourself: why are stars important?

Stars play a very important role in the universe for a number of reasons. The most significant reason is that stars give our universe life. Our Sun is a grand example of this. Stars are also important because they give us a better understanding of the universe. Without any stars, Earth and almost everything else in the universe would cease to exist.

The Importance of the Sun

The Earth is situated in just the right spot, known as the habitable zone, to have the perfect temperature for life to form. Since Earth has been able to maintain water on its surface, organisms began to form billions of years ago. Land plant life is believed to have appeared about 500 million years ago on Earth. Plants need sunlight to create food, or photosynthesize.

As plants began to pop up, the climate of Earth started to change. This allowed more species to appear. As a result, we have an abundance of life on Earth that involves intricate life processes that are constantly evolving – all thanks to the Sun.

What Can We Learn From Stars?

Stars have always been a fascinating astronomical phenomena that humans have observed since the beginning of our existence. Astronomy, the study of all things in the universe, is one of the earliest branches of natural science. Stars are an important tool for scientists because they can help us study other celestial bodies and ultimately trace the history of our universe.

Ancient astronomers did not have nearly as advanced instruments to study space as we do today, so part of their studies were conducted by observations using the human eye. Ancient civilizations took note of the movement patterns of constellations and other celestial bodies.

Observations of the Sun helped lead ancient astronomers to the conclusion that our solar system is heliocentric, meaning the planets in our solar system orbit around the Sun. The first catalog of stars was documented by Greek astronomer Hipparchus

in the second century BCE.

Ancient travelers used stars as a navigational tool. One of the most significant stars used for navigation was Polaris, commonly known as the North Star. Travelers knew that they were going North when facing Polaris. This was especially important for ancient sailors who didn’t have advanced navigational tools.

Tracking the History of the Universe With Stars

Scientists split up the creation of the universe in eras, and within each era are several epochs. Epochs are stages in which significant events occurred in our universe following the Big Bang.

Stars have played a major role in helping scientists figure out how old the universe is and how galaxies formed. We are able to use the color and brightness of stars to figure out how old and far away they are from Earth. Observing stars far away from Earth also gives us insight into where other galaxies are located and how big they are.

Why Are Stars Important to Our Universe?

While the Sun is the most important star in terms of our solar system, all stars are equally as important to the universe. Helium and hydrogen were the first elements created after the Big Bang. These two elements were crucial for star formation.

Once stars mature, they have the ability to create heavier elements. This ultimately led to the creation of most of the elements that we have in the periodic table. Additionally, stars are responsible for creating us! 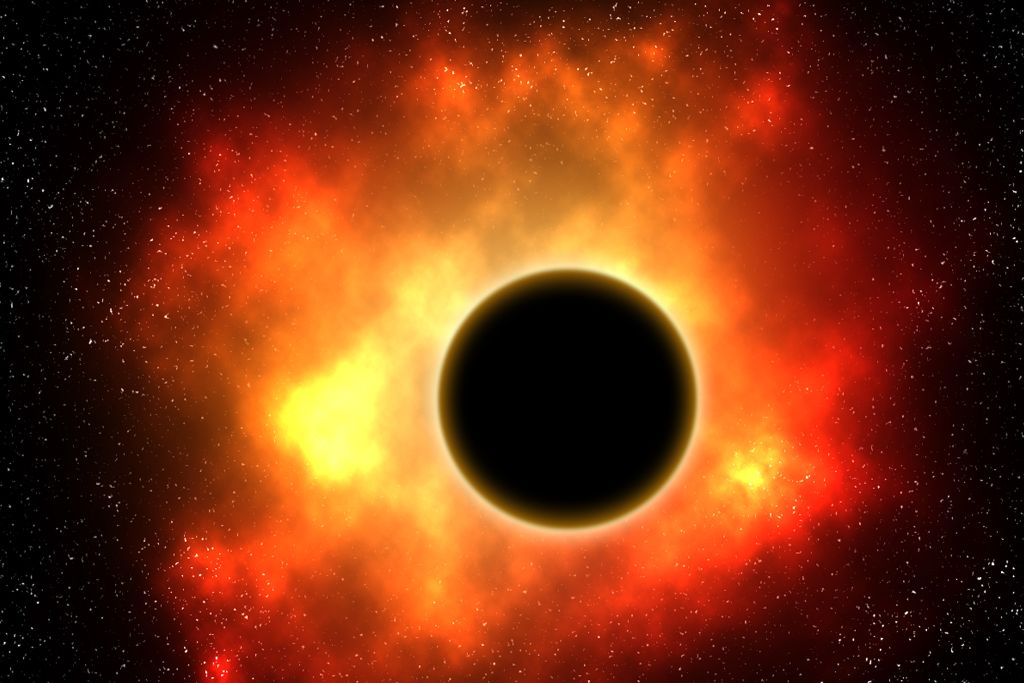 When a star explodes, it’s called a supernova. Not all stars have enough mass to be able to explode, but the ones that do spread matter throughout the universe. Scientists use the size of our Sun to measure other stars, which we refer to as solar mass. One solar mass would be the equivalent to our Sun. When a star is more than three solar masses, it is destined to die off through a supernova explosion.

Once a large star has burned up all of its energy, elements heavier than iron inside the star’s core begin to absorb more energy than what is being produced. This prevents the star from being able to support its own mass. As a result, it begins to collapse upon itself.

In the process, the core heats up to extremely high temperatures of more than 100 billion degrees

. The collapse of a massive star results in a huge explosion that disperses energy into space.

How Supernovae Recycle the Universe

What happens to all the energy that stars release into space? There are a few things that can happen when a supernova explosion takes place. Black holes can form if the star is at least three times the mass of the Sun. This creates an infinitely dense point where not even light can escape.

The leftover remains that get thrown out into space actually help new stars form. Therefore, supernovae are essentially helping the universe recycle itself to create new matter. As these stars die, they create new ones in the process by dispersing gas and dust particles. Supernovae are kind of like seed dispersal machines. They fling all these particles and energy out into space to fertilize our universe, so it can create more matter.

Clouds of gas and dust begin to collapse and form stars. A supernova contributes significantly to this process by adding an immense amount of gas, dust, and energy from the explosion. Supernovae are also essential to life because they are one of the main sources of elements

that are heavier than iron.

The formation of stars brought us into the Stellar Epoch, which involved the formation of other celestial bodies. This process of constant change since the time of the Big Bang is known as galactic chemical evolution.

The combination of all these elements that stars created was able to develop into asteroids, planets, and moons. Once planets started to form, stars had a great impact on how these planets would look. After our solar system formed, the Earth was created 4.5 billion years ago from swirling clouds of dust and gas pulled together by gravity.

Once the Earth formed, it was positioned at the perfect distance from the Sun to have surface water. Scientists consider surface water a main ingredient for a planet to be able to sustain life. About one billion years after the Earth came together, life began to form. The Sun has helped the Earth maintain its surface water, which allowed for life to evolve long enough for intelligent life to be created. That’s why you and I are here today!

What if Stars Didn’t Exist? 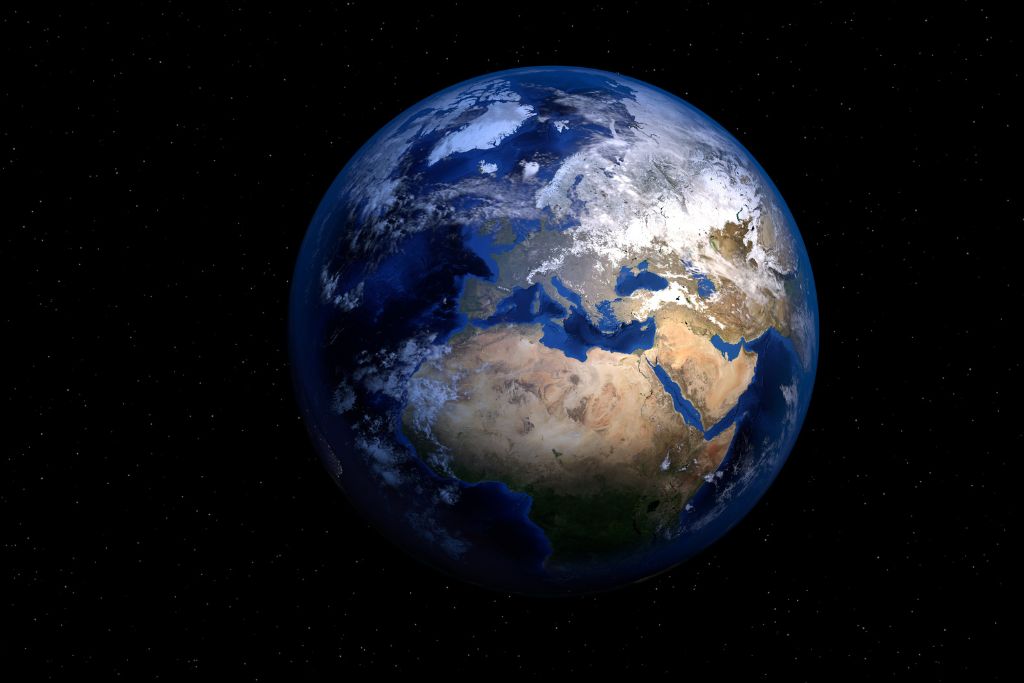 All these chemical and nuclear processes that took place from the early years of the Big Bang resulted in everything we can observe in our universe. Without stars, the universe would be a very dark and cold place, unable to create various elements that create life.

Although it’s impossible, let’s just say we could exist without stars. It would be very difficult to learn about our universe without the presence of stars. Not only would it be hard for scientists to see out into space, but we would also have a difficult time tracking the history of the universe.

Another thing to consider is what the universe would look like without stars. The universe didn’t have stars for about 200 million years before the Galactic Epoch. The only elements in the universe during this time were hydrogen and helium. Chemical reactions were taking place, but the universe was essentially just a ball of gas at one point. There would not be any planets, moons, or asteroids.

Final Thoughts: Why Are Stars Important?

Stars give the Earth and the entire universe the ability to create life. From supernova explosions to the creation of elements, stars have been working since the time they formed to create billions of galactic systems.

Without our Sun, Earth wouldn’t be warm enough to have surface water and all the organisms, including humans, on our planet wouldn’t be here. It’s safe to say that stars are one of the most important celestial bodies that the universe created.

Continue Reading
link to What Is Galileo Galilei Famous For?

Throughout history there are a select few that leave a rather large imprint on society; some make contributions so substantial that our entire lives are affected by their work whether we realize it...