The reason for the color differences among the shimmering stars in our galaxy is determined by the temperature of the star’s surface.

The colors may appear to be one solid wavelength emitting from the star, but it’s actually a spectrum combination of light that is being spewed out of the star! The color of the star, like blue or red, comes from the peak of one color even though the star does produce a variety of colors and hues. There is a wide range of hues that emit from stars constantly.

What Determines the Color of a Star? 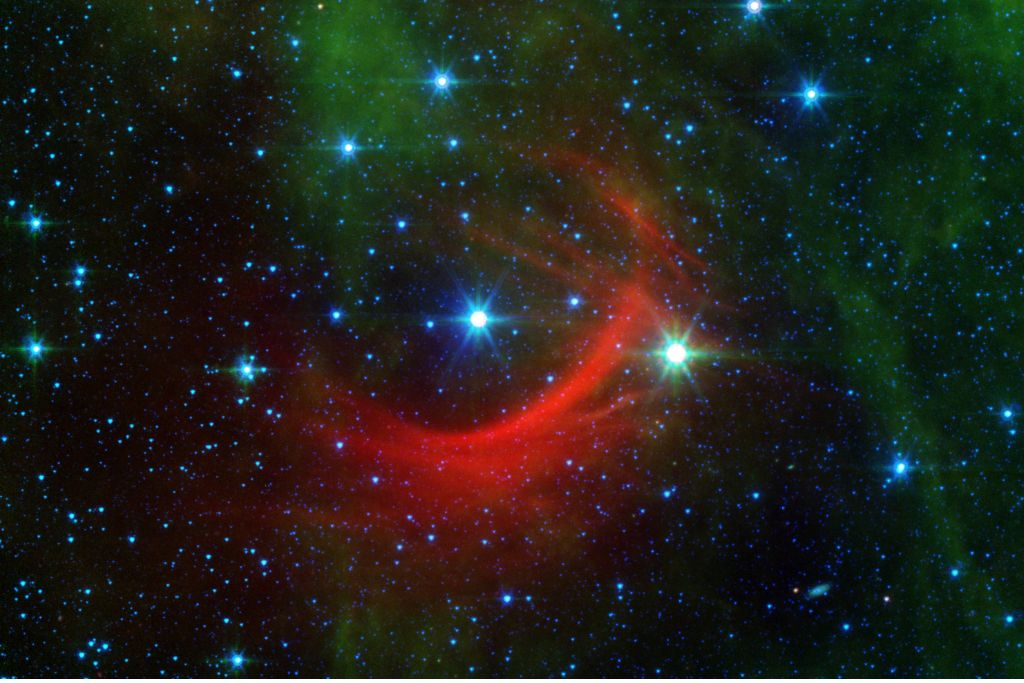 The hue of light or color that is emitted by a star is determined by the surface temperature of a star.

What Are the Main Colors That a Star Can Be?

The majority of stars are red, orange, yellow, white, and blue in color. The surface temperatures of red stars are around 3,000 degrees Celsius, making them the coldest and most freezing stars in the universe.

The presence of extra gas in a star can be attributed to a rise in the temperature of the star, which corresponds to an increase in the amount of fuel available for combustion.

It begins orange, then turns yellow, and finally becomes white.

Why Are Stars Not the Same Color?

There are two simple explanations as to why all stars are not the same color.  The reasons are:

. The coolest temperature stars are primarily red. Warmer stars tend to be orange, yellow, or white in color.

The brightest and hottest stars are blue. Age is another important factor to consider when it comes to the color of a star. As stars become older the chemicals within the star burn at different temperatures which can cause color changes among the star.

Which Color Stars Are the Coldest? Which Color of Stars Is the Hottest?

In order from hottest to coldest, here are the temperatures of each color of the star. From blue to red and everything in between the answers in F° and C° is below.

Blue stars are the most blazingly hot of all the stars. Yellow and orange are in the middle range as far as temps. Red stars or darker brown/red colored stars are always the coldest.

Star temperatures are commonly discussed using the Kelvin scale temp measurement in astrophysics or astronomy, but I’ve converted these K temperatures for those of us who are not so familiar with that scale type! An explanation of the Kelvin system is below. 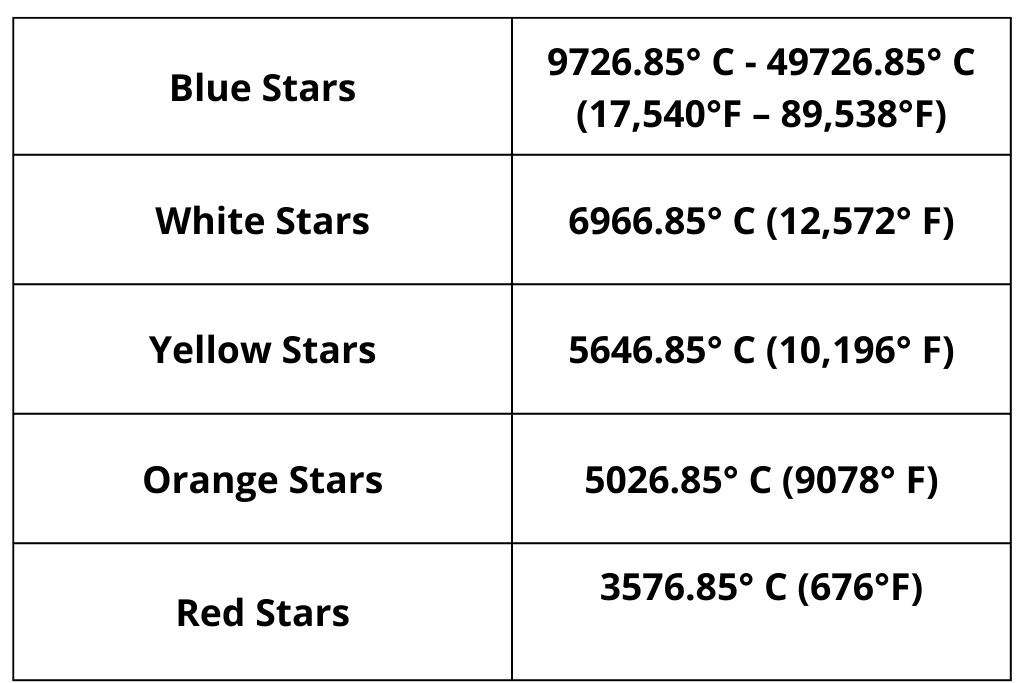 When it comes to measuring temperature, the Kelvin scale

Where Does the Kelvin Scale Come From?

The kelvin, denoted by the symbol “K,” is the basic unit of temperature for the SI system. It was named after William Thomson, 1st Baron Kelvin, an engineer and physicist who was born in Belfast and worked at the University of Glasgow.

Since the Kelvin scale is an absolute thermodynamic temperature scale, its starting point, which corresponds to absolute zero, is called the zero point.

Where Does the Kelvin Scale Come From?

The masses of blue stars are at least three times greater than that of the Sun. To human eyes, a star that is either 10 times or 150 times as massive as the Sun will appear blue in color. A good example of a blue star is Rigel, which are the brightest star in the constellation Orion and the sixth brightest star in the sky over all. This indicates that blue stars make up the vast bulk of those that we see in constellations.

Do Green or Purple Stars Exist?

The light that comes from stars has a diverse range of wavelengths or colors. Even if they emit light at a variety of lengths, the color that we perceive is determined by the location of the light source that is most intense. This is where the term “peak color” comes from.

Because a star’s “black-body spectrum,” which is the amount of light at each wavelength and varies with temperature, does not produce the same range of colors as, for example, a rainbow, there are no green stars

A star that is brightest at a wavelength that we may call “green” emits about the same amount of red light, which our eyes see as white rather than green because white is closer to the color green. In order for a star to appear green to us, it would have to emit entirely green light; however, this is physically impossible.

In reality, stars do not have the shape of stars. They have the same spherical shape as the sun that is in our atmosphere. Because the vast majority of stars are located at such a great distance from Earth, their brightness cannot compare to that of the sun to our human eye – even if the stars themselves are larger or brighter than our sun.

Where Does the Star Shape Come From?

Fun fact: The star shape actually originated in ancient times and was depicted in Ancient Egyptian and Sumerian art. The star symbol may also have been a symbol of the ancient goddess Ishtar. While ancient art pottery or sculptures may have featured this symbol that cultures of the past thought resembled a glistening star in the sky – it is only a twinkle compared to the actual shape of stars.

There are a number of other stars in the universe that are both bigger and hotter than the sun. The atmosphere of Earth is what a starlight must pass through in order to reach us so that we can see it. The air around us is always shifting and moving. The starlight is warped and dispersed by the atmosphere. As a consequence of this, the star gives off the impression of glistening or twinkling.

Do Stars Really Twinkle? Why Do Stars Twinkle? 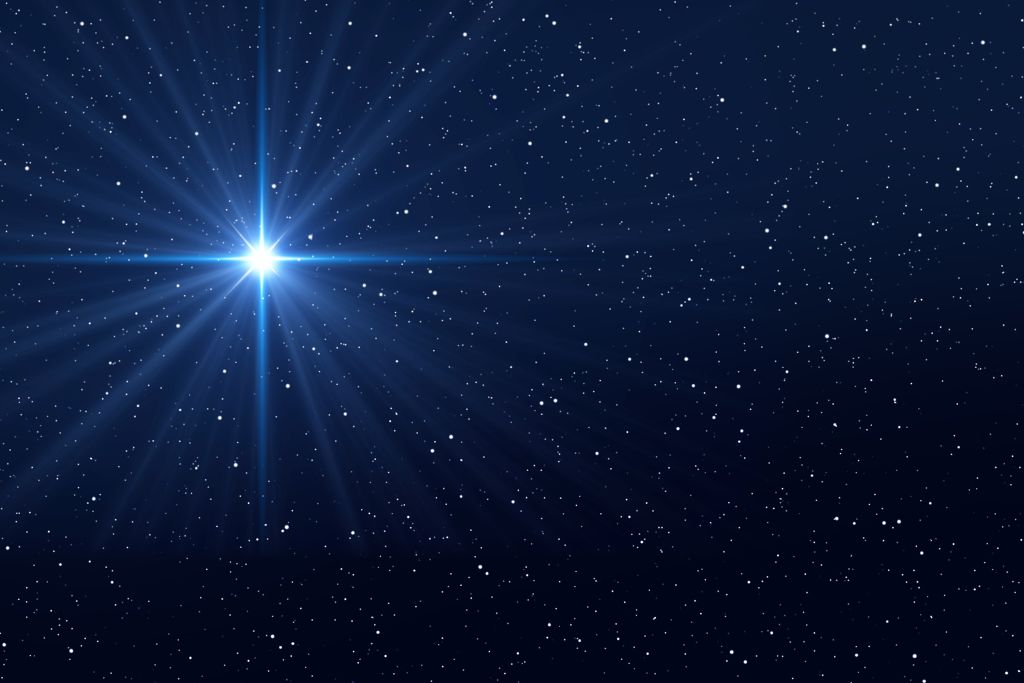 Before it reaches our eyes, light coming from a star must travel through our atmosphere, where it will reflect off of many layers and become distorted along the way. Because the warm and the cold layers of air are constantly shifting, the way light bends around them also changes constantly. Because of this, the star will begin to shake or twinkle.