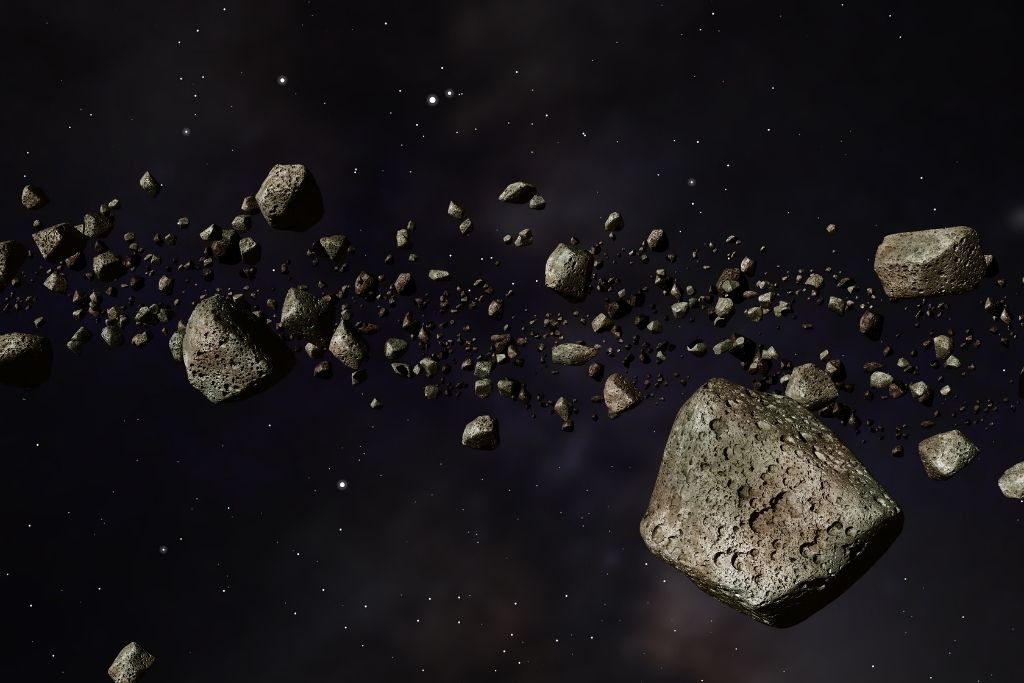 What Is the Kuiper Belt? 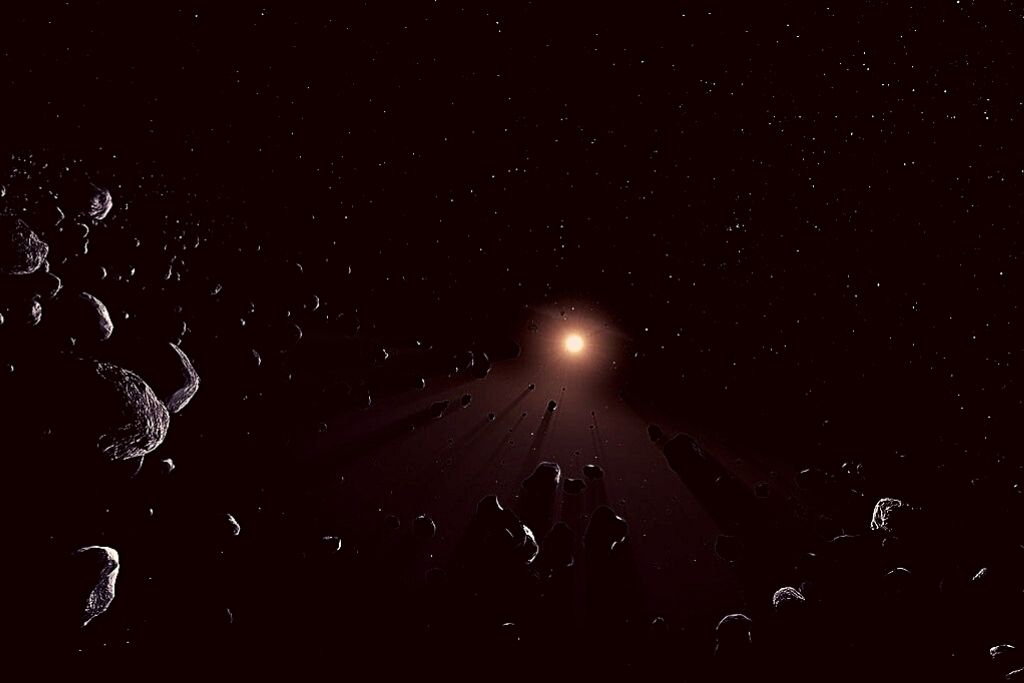 The Kuiper Belt is a ring-shaped region in our solar system made up of rocky and icy objects. Scientists split the Kuiper Belt up into multiple regions, including the inner edge, inner-main region, and the outer edge that overlaps the main region. The outer layer is called the scattered disk.

Where Is the Kuiper Belt Located in Our Solar System?

Objects in the Kuiper Belt

In 2006, it was decided that Pluto was no longer considered the ninth planet in our solar system and was deemed a dwarf planet. Pluto is one of the largest objects in the Kuiper Belt and was also the first KBO to be discovered.

The objects within the Kuiper Belt are not evenly distributed and range widely in shape, color, and size. Scientists categorize KBOs mainly by studying how the different groups of objects orbit and have interacted with Neptune. The main categories of KBOs include:

The name classical KBOs stems from the idea of what scientists originally thought the Kuiper Belt looked like before further exploration and discovery of its objects. Classical KBOs are split up into two sub-categories, called hot and cold. These sub-categories do not refer to the temperature of the objects or region, but rather the orbits of the objects and their relationship with Neptune’s gravitational pull.

Hot classical KBOs do not have as steady of an orbit, with some parts of their orbit being closer or farther away from the Sun. Most of the objects in the Kuiper Belt are categorized as classical KBOs.

Neptune’s gravitational pull greatly impacts a large number of objects in the Kuiper Belt. Objects that are most affected by Neptune’s gravity are called resonant KBOs. The orbit of these objects have a close connection to the orbit of Neptune.

Depending on their relative distance from Neptune, resonant KBOs complete a certain number of orbits based on Neptune’s orbit around the Sun. Scientists classify these measurements by using ratios. For example, for every three orbits Neptune completes around the Sun, Pluto completes two orbits. There are many Kuiper Belt objects that also have this 3:2 ratio like Pluto, so scientists gave them their own sub-category called plutinos. 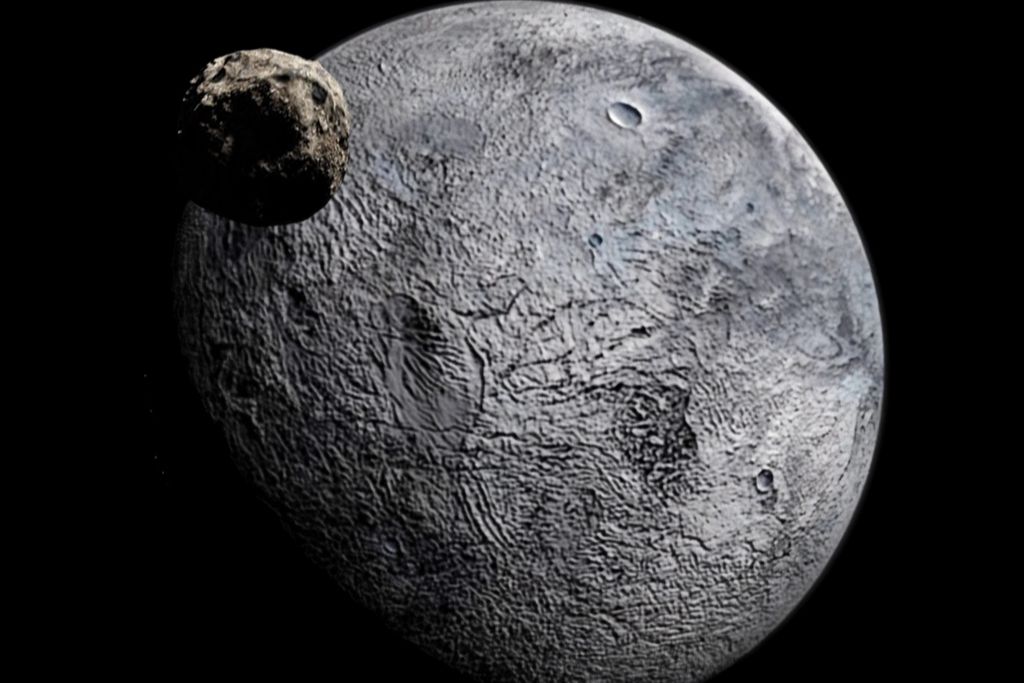 Scattered disk objects are located on the outer edge of the Kuiper Belt. These objects have been thrown out at farther ranges in this outer region by Neptune. The dwarf planet, Eris, is located in this area and is the largest KBO discovered in the scattered disk region so far.

Many of the objects within the scattered disk have been lost over time, mostly by being thrown out into space due to Neptune. Scientists consider this region less stable because it’s still evolving and expected to lose more objects.

One of the farthest Kuiper Belt objects in this category is called Sedna. Scientists use astronomical units (AU) to measure distances in space. One AU is the equivalent of 93 million miles, or the distance from the Earth to the Sun. The closest Sedna comes to the Sun in its orbit is about 76 AU, with the farthest point in orbit reaching distances of about 1,200 AU.

Other objects that are a part of the Kuiper Belt include centaurs, moons, and binaries. Centaur objects interact closely with the gravity of Jupiter and Neptune. These objects are thought to have come from the Kuiper Belt, but have escaped and are destined to become comets.

There are many KBOs that have their own moons, including Pluto and Eris. Binaries are Kuiper Belt objects that orbit close together around another object. Some are so close together that they attach, forming a contact binary.

How Did the Kuiper Belt Form?

The four gas giants of Neptune, Uranus, Saturn, and Jupiter are believed to have contributed to much of the Kuiper Belt’s loss of objects over an extended period of time. When the solar system was created, these four planets shifted around which ultimately affected each other’s orbits. Much of the Kuiper Belt’s mass has been lost as a result of these changes in positions of the gas giants.

Why Is the Kuiper Belt Important? 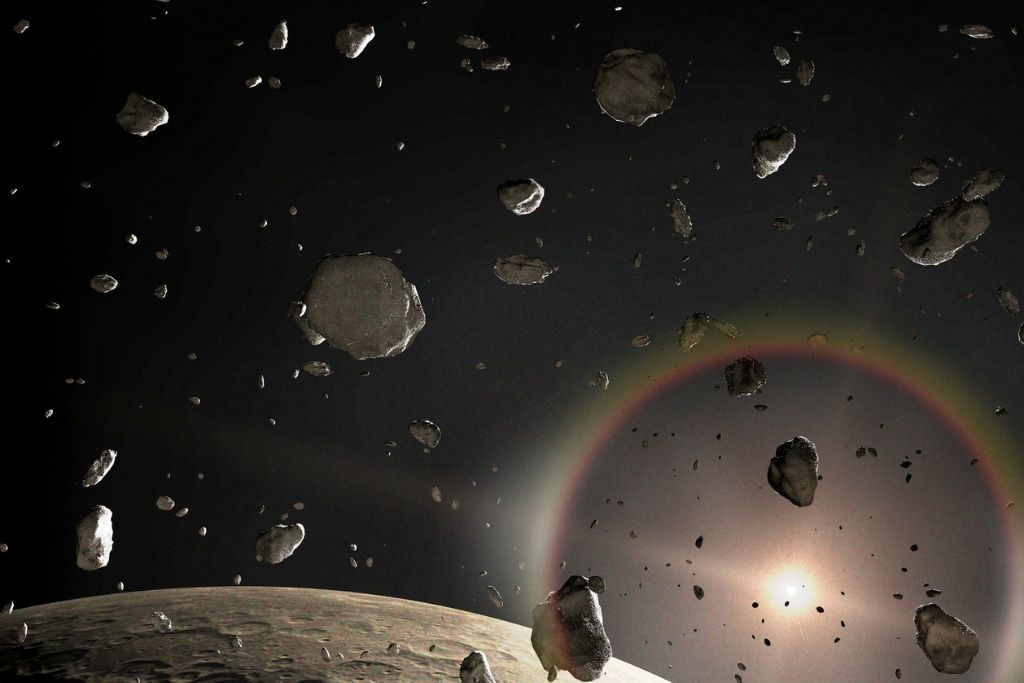 The Kuiper Belt offers scientists the opportunity to learn more about the history of our solar system and the universe. In 2019, scientists were able to use the New Horizons spacecraft to explore a very distant Kuiper Belt contact binary object up close, called Arrokoth

If further advanced technology and spacecraft are developed in the future, scientists may have the opportunity to grab samples from KBOs. The objects in the Kuiper Belt are very cold because they are so far away from the Sun. This means that the objects may hold preserved samples that could give scientists more insight into the creation of our solar system that formed 4.5 billion years ago.

Overview: Where Is the Kuiper Belt Located?