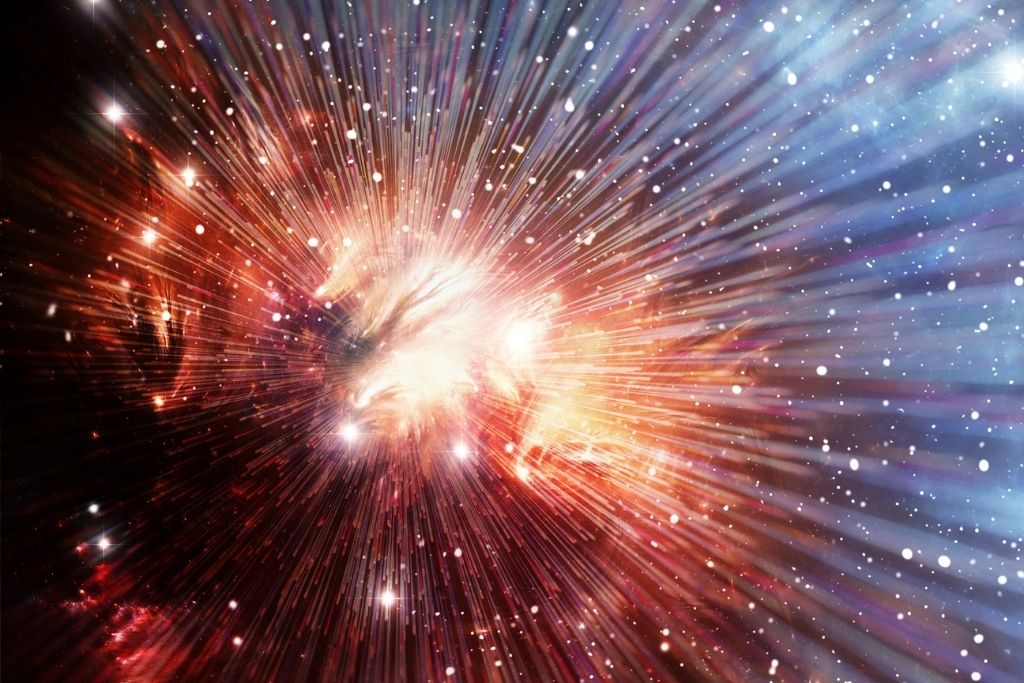 When Was the Big Bang Theory Formed? 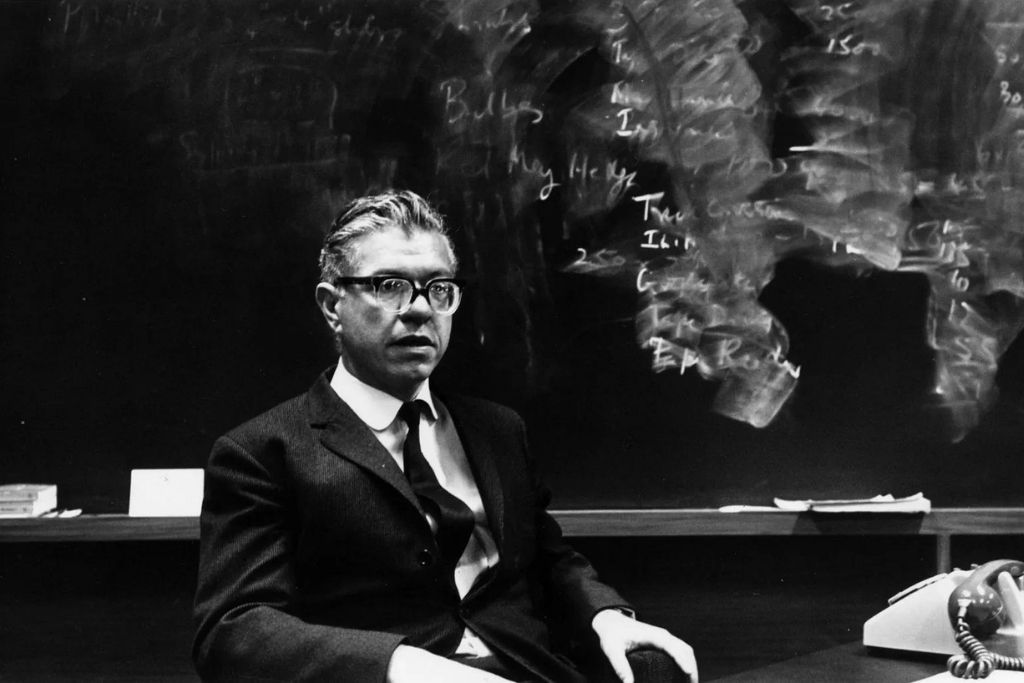 It may come as a surprise, but the Big Bang Theory is relatively new in the grand scheme of things. The term “Big Bang” first appeared in the 1940s and was coined by astronomer Fred Hoyle. By this time, we knew that other galaxies existed and they were moving away from us, meaning the universe was expanding.

The idea that the universe had once started from a single point was introduced by astronomer Georges Lemaître in 1927. Just two years later, Edwin Hubble

discovered there were other galaxies outside our own while studying the Andromeda Nebula. Hubble’s discovery not only confirmed that our galaxy wasn’t alone, but it also confirmed that the universe was expanding because the galaxies were moving farther away from us.

Even though Fred Hoyle gave the theory its name, he isn’t responsible for coming up with the theory itself. In fact, Hoyle actually never supported the idea of the Big Bang Theory. Georges Lemaître

was the astronomer who first formalized the theory in 1931. Although widely accepted today, the Big Bang Theory started off as a radical idea. Most scientists refused to believe that the universe had started from a single point and suddenly expanded, and continued expanding.

It would take about 30 more years before the Big Bang would be adopted as the most widely accepted theory of how the universe began. The evidence that confirmed the Big Bang as the best theory was the discovery of cosmic microwave background (CMB) radiation in 1965.

CMB was a paramount discovery because it is radiation left over from the Big Bang. Additionally, it is the farthest and oldest light that we can currently detect with our telescopes. This proved that the universe has in fact gone under some form of expansion and cooling.

What Is the Big Bang Theory?

The Big Bang is the theory of how the universe started from tiny, hot particles, called a singularity, and rapidly expanded to create space, time, matter, and energy. The Big Bang wasn’t actually an explosion, but the universe expanded so quickly that it is often described as an explosive event.

There were several phases that the universe went through to create what it is today. Many things happened within just one second of the universe expanding, while others took billions of years to form. The events that followed the Big Bang are what led to the creation of all the energy and matter that exists in the universe today, including us!

What Happened After the Big Bang?

Scientists split the events of the Big Bang and creation of our universe into two eras: the Radiation Era and Matter Era. Within these two eras, there are several stages of events called epochs. 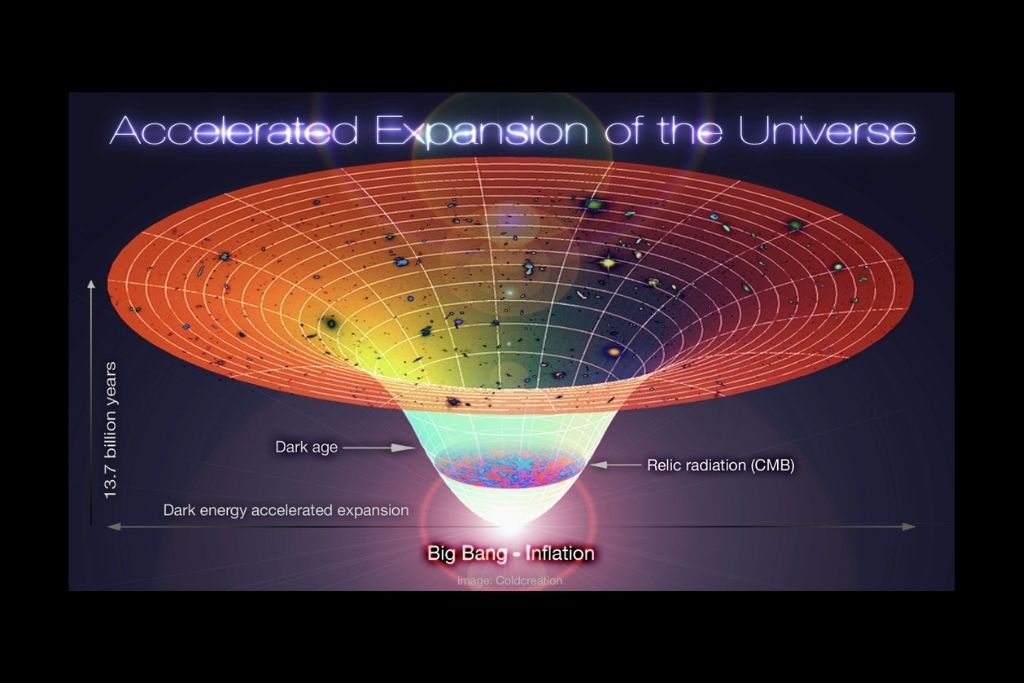 After helium was created, it began the Matter Era because the universe adopted the ability to create matter. The Matter Era consists of three different epochs:

As hydrogen and helium mixed together in the universe, it created atomic clouds. We call this stage the Galactic Epoch. Atoms began to cluster together, creating small galaxies and stars. Once stars began forming, the universe entered the Stellar Epoch. During this epoch, a majority of the elements that exist today were created. The Stellar Epoch is also the stage we are currently in.

. That means it took about 9.3 billion years for the Earth to form after the Big Bang.

Evidence of the Big Bang Theory

The biggest piece of evidence we have that supports the Big Bang Theory is the fact that the universe is expanding. This has been confirmed by Hubble’s law of other galaxies moving farther away and the discovery of CMB radiation.

Scientists have been able to use Hubble’s law to determine when galaxies started to move apart. This contributed to figuring out a rough estimate of how old the universe really is and when the Big Bang occurred.

Despite these conclusions, the Big Bang Theory still has some unexplained problems. Some of these problems include:

The discovery of CMB radiation suggests that the universe is almost completely flat. The Big Bang model doesn’t provide sufficient evidence to show how the universe has been able to remain flat. This is referred to as the flatness problem.

Another issue with the Big Bang Theory is known as the horizon problem. The Big Bang theory suggests that the opposite ends of the entire sky had never come into contact in the history of the universe. However, temperatures of CMB radiation are consistent across the entire sky. This means that it is more than likely that, at one point in time, the two end regions did come into contact with each other.

Other Theories of the Universe

The Big Bang wasn’t the first or the last theory that scientists formed. Previous theories explained some things, but were unable to make sense of other factors that ultimately didn’t correlate with some of the hypotheses. New theories have emerged to try and make up for what the Big Bang model doesn’t explain.

The Steady-State theory was a favored alternative to the Big Bang Theory in the mid-1900s. Fred Hoyle, along with Hermann Bondi and Thomas Gold, first came up with the Steady-State model in 1948. This theory contradicted the Big Bang because it stated that the universe’s density remained the same while it continued to expand. The theory also suggested that the universe had no point of origin, nor would it have an endpoint. 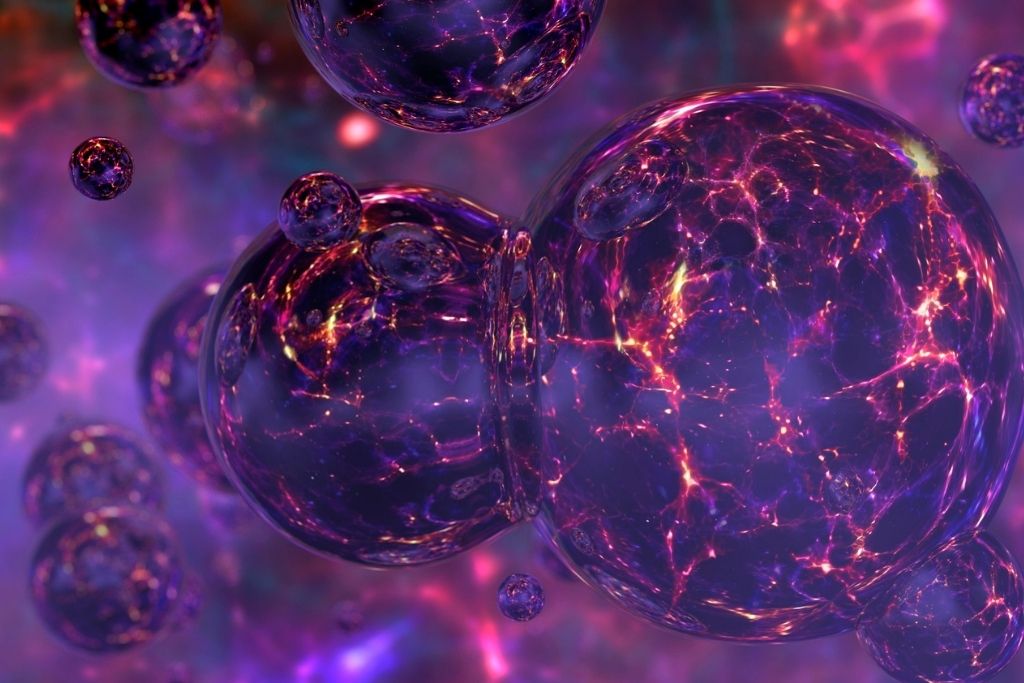 The Eternal Inflation theory suggests that the rapid period of expansion of the universe following the Big Bang, called inflation, has continued. This would suggest that our universe might be much bigger than originally thought and other universes may also exist, known as the multiverse.

What Is the Big Bang Theory in Science: An Overview