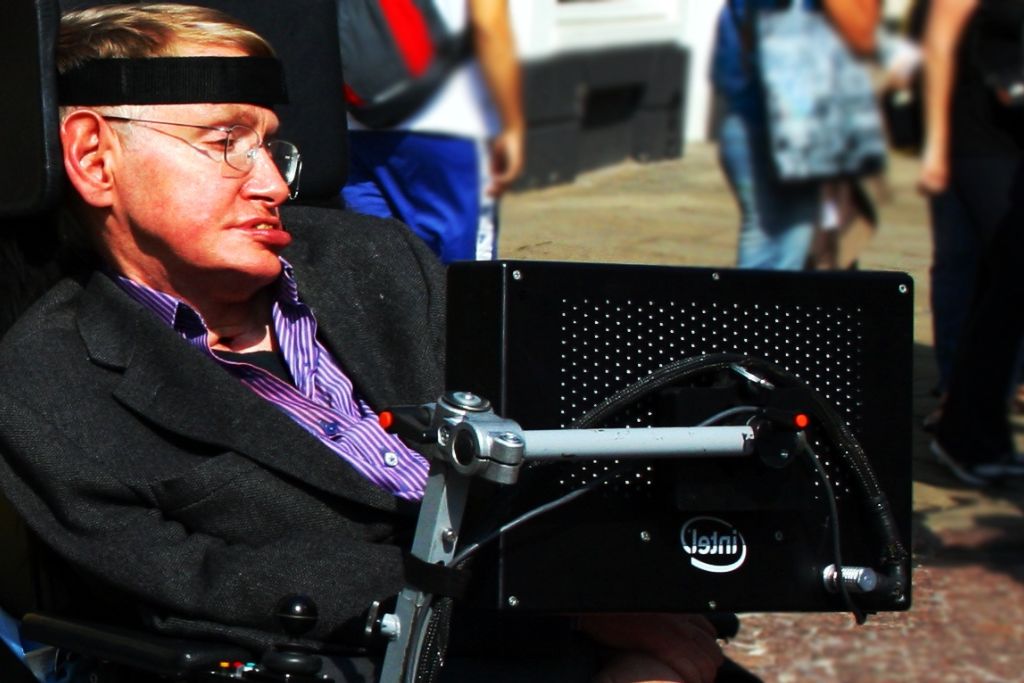 There is no doubt that you have heard of the world-renowned theoretical physicists Stephen Hawking. He was one of the most brilliant minds that our generation has ever seen. Sadly, he passed away at the age of 76 in 2018. During his time as a physicist made some amazing discoveries and later on in life found his place as a pop-culture icon. You may be wondering, what exactly is Stephen Hawking famous for?

Stephen Hawking is famous for his groundbreaking and fundamental discoveries in the world of physical theory. These include discoveries regarding gravitation, quantum theory, and several other facets of science. Stephen Hawking’s research proved to be the building block for some of the most important scientific discoveries that mankind has ever seen.

One of the main focuses of Stephen Hawking’s research revolved around black holes. While Stephen Hawking did not discover the phenomenon of black holes, he did provide some of the most concrete and agreed-upon theories regarding their formation and dissolution.

This guide will break down many of the achievements that Stephen Hawking is famous for and what they meant to the way that we currently understand certain elements of our world. 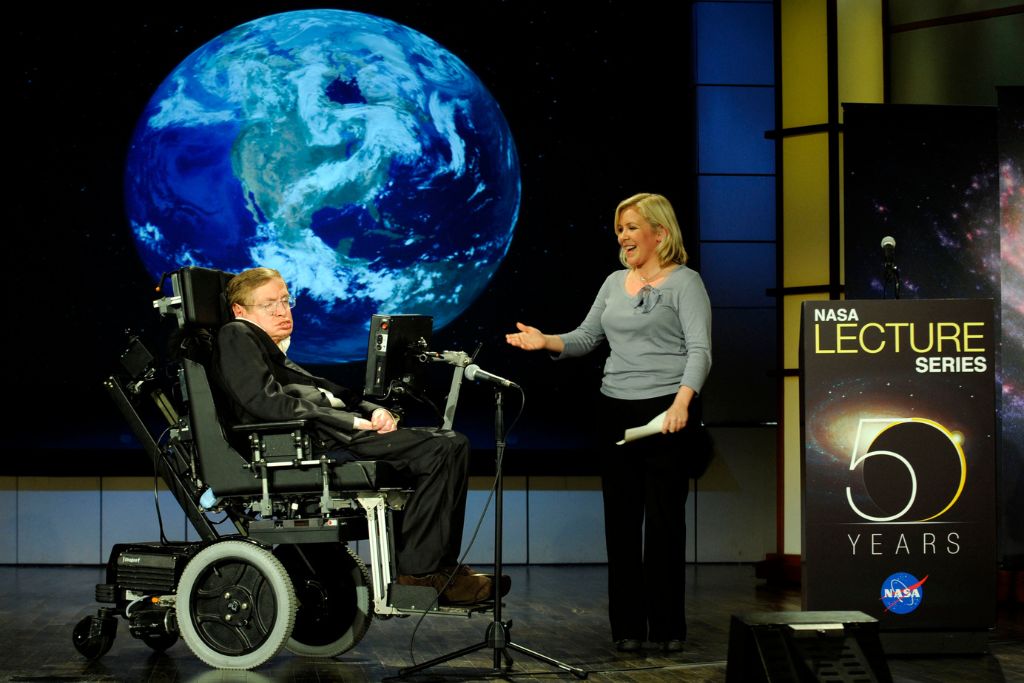 One of Stephen Hawking’s most notable achievements is his famed research on black holes. Stephen Hawking had an affinity for black holes, which led him to research them extensively and produce theories that would change how scientists viewed them forever.

During his time as a student, Stephen Hawking, alongside mathematician Roger Penrose, theorized that if the Big Bang is responsible for the formation of our universe, then it must have begun from an infinitely small point. This phenomenon was coined “singularity”.

This theory was highly criticized by other cosmologists at the time, who touted his theory as radical. The idea that the Universe derived from nothingness was not something most were willing to accept as a viable theory.

Stephen Hawking used the theory of singularity to propose a new theory about black holes. Black holes were originally described as places in space that are so incredibly dense that everything in the vicinity is sucked in and crushed to an infinitely small point.

This matched Stephen Hawking’s description of singularity that he used to describe the creation of the universe. Hawking then proposed that black holes are not black but burning so hot that it is perceived as black. He also demonstrated that black holes would radiate energy particles during periods of energy loss. This energy loss would result in the mass of a black hole shrinking.

Once the black hole has been dissolved in this way, Hawking theorized that there would be an explosion greater than that of a million nuclear bombs. He tied this back into his theory about the Big Bang and singularity and left the scientific world with something to think about for years to come.

Often thought of as his crowning achievement, Stephen Hawking’s book “A Brief History of Time”

, released in 1988, is what can truly account for his meteoric rise to fame. After its release, Stephen Hawking became one of the most well-known physicists of all time.

One of the reasons for its popularity is the prose that Hawking chose to write. Rather than use a form of extremely technical writing that he was capable of, he chose to write the book in layman’s terms, making it accessible to the average reader.

Hawking wrote extensively in his book about his theories on the formation of the universe, its structure, and eventual demise. He also offers theories regarding space and time and the laws that govern our existence like gravity.

His book was well-received by his peers, many of whom recognized the work that had been done to build on popular theories. “A Brief History of Time” went on to sell over 25 million copies and is still being published to this day.

His Achievement in Science Despite His Medical Condition 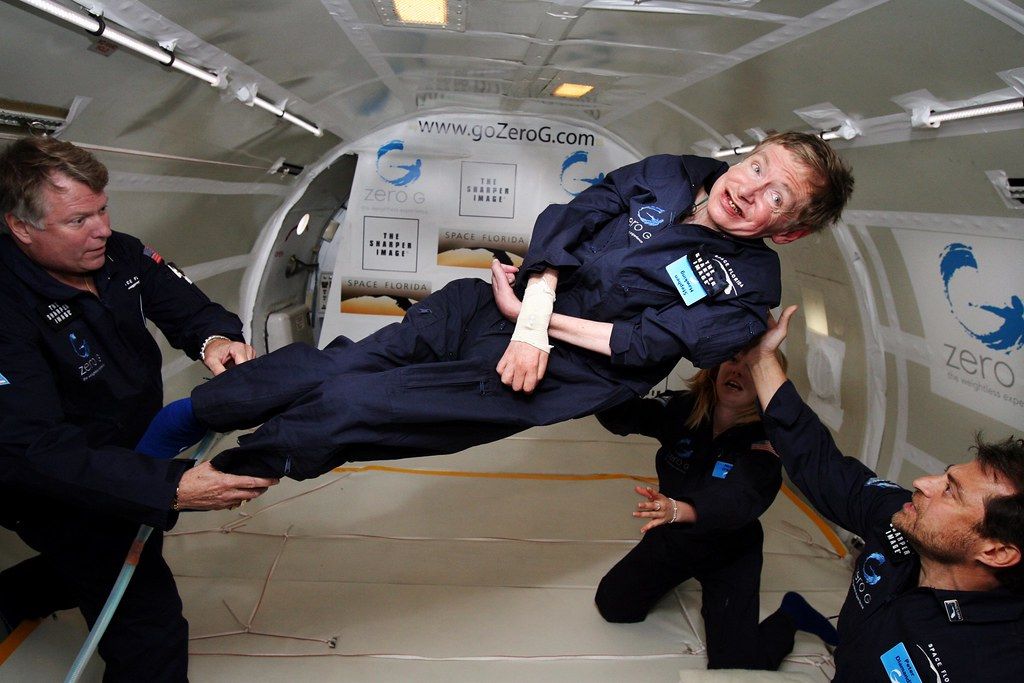 One might argue that the contributions of Stephen Hawking pale in comparison to some lesser-known scientists or physicists. You should keep in mind that Stephen Hawking

made his contributions to the world of science while also dealing with a crippling genetic disease.

His perseverance is one of the things that Stephen Hawking is most famous for. This is not to say that his only claim to fame is his disability, quite the contrary.

Stephen Hawking had a rare neurone disease that would eventually cripple him for life. He was first diagnosed with the disease when he was 21 years old. By the 1970s, his ability to speak had almost deteriorated entirely.

He began using his famous voice box, designed by Word Plus, in 1986. Several versions of his voice box

were engineered, with the final one he used being a word predictor created by Intel. This makes his book written in 1988 even more impressive considering Hawking had just recently lost the full function of his body and voice.

These triumphs over his adversities are part of what made Stephen Hawking a household name. He achieved what few other physicists have and did so while fighting a crippling disease.

His Theories Were Often Highly Controversial

Scientific minds by nature are not inclined to agree unless there is evidence to justify it. Stephen Hawking had a habit of proposing highly controversial theories to his peers who would often write them off.

This controversy caught the attention of many, including those who supported and opposed his theories. There were several instances where a theory he proposed that was originally dismissed became widely accepted.

One such instance involved Hawking’s theory about black hole radiant detailed above. The concept was widely disregarded when first proposed but is now known as “Hawking Radiation”. The idea of “Hawking Radiation” is often touted as Hawking’s most significant contribution to the world of cosmology.

He also proposed a unique theory on the creation of the universe which assumed that the universe does not have one unique beginning state but instead several different possible beginning conditions.

This theory came to be known as the “Top Down” theory and remains one of the most well-known creation theories to date. While the theory is sometimes criticized, it is nonetheless an interesting one to consider.

He Became a Pop Culture Icon

Later on in his life, Stephen Hawking had become something of a legend in the world. This level of fame led various entertainment media outlets to reach out to him for guest appearances. These appearances often led to exposure to younger generations who may have yet to hear about his groundbreaking work.

He would eventually go on to make appearances on extremely popular shows such as “The Big Bang Theory” and “The Simpsons”. Long-running legacy shows like Star Trek also reached out to Hawking for guest appearances, leading to an incredible amount of exposure for the renowned physicist.

Hawking would even go on to write several documentaries and even a mini-series. This type of media exposure can account for much of Stephen Hawking’s fame that he amassed over the years.

Even beyond the various TV and movie appearances that Hawking would make, he remains frequently referenced in pop culture media around the world. Stephen Hawking will likely remain an icon for many generations to come.

Now that you know a little more about Stephen Hawking and his many achievements in the world of science, it should be a little easier to understand his massive fame and legacy standing with people around the world.

Not only is he world-renowned by his scientific peers for his grounding discoveries and theories but he is also a well-known pop icon who is regularly referenced in popular entertainment media. Both of these factors combined can be attributed to his rise to fame and prevalence in the scientific community.

This guide has broken down many of the crowning achievements that helped Stephen Hawking achieve a level of fame that not many other physicists have. The circumstances of his health only served to elevate his fame as people around the world looked to him in awe of his determination, perseverance, and brilliant scientific mind.

Using the information provided in this guide, you can now better appreciate the discoveries of Stephen Hawking and study his works on your own if his theories interest you. The ability of science to build upon existing theories is one of the fundamental building blocks of human evolution.

Stephen Hawking understood this and used theories from great minds like Albert Einstein to craft his unique theories that are now world-renowned.