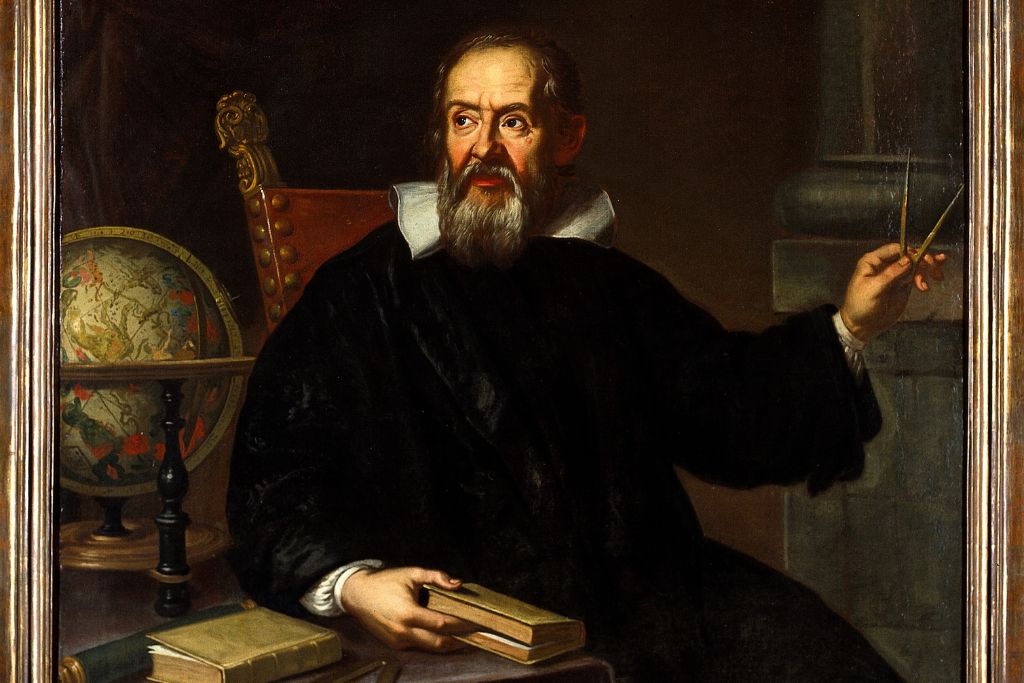 Throughout history there are a select few that leave a rather large imprint on society; some make contributions so substantial that our entire lives are affected by their work whether we realize it or not. Many of these important figures are dated well before our time, but this does not make their discoveries any less relevant. In fact, some of the most basic principles that our society is based upon originate from hundreds of years ago.

Most of us are familiar with the name Galileo, but many, myself included, cannot tell you why his name stands out from so many others – so I decided to do some digging to illuminate how this figure has impacted us all. Whether you heard it from your teacher in school, referenced in a movie, or even in the infamous Queen song Bohemian Rhapsody, the name Galileo is one of the most famous in history. But what is Galileo Galilei famous for?

Galileo Galilei is a famous Italian astronomer, philosopher, and mathematician from the 16th century. He contributed substantially to the science of motion, made many important observations in astronomy, and pioneered the scientific method. His discoveries with the telescope, such as Jupiter’s moons, the phases of our moon, and the phases of Venus, helped to strengthen the Copernican heliocentric system theory, which determined the sun to be the center of the universe rather than the Earth. Galileo was so sure of his findings that he even went against the Roman church and the Inquisition to defend his beliefs.

He also spent some of his time as an inventor, improving upon the telescope so that its lens was 20 times as strong so space could be observed and creating his own proportional compass, also known as a sector. Albert Einstein once coined Galileo as “the father of modern science” and he was an indispensable pioneer in the Scientific Revolution.

Who Was Galileo Galilei? 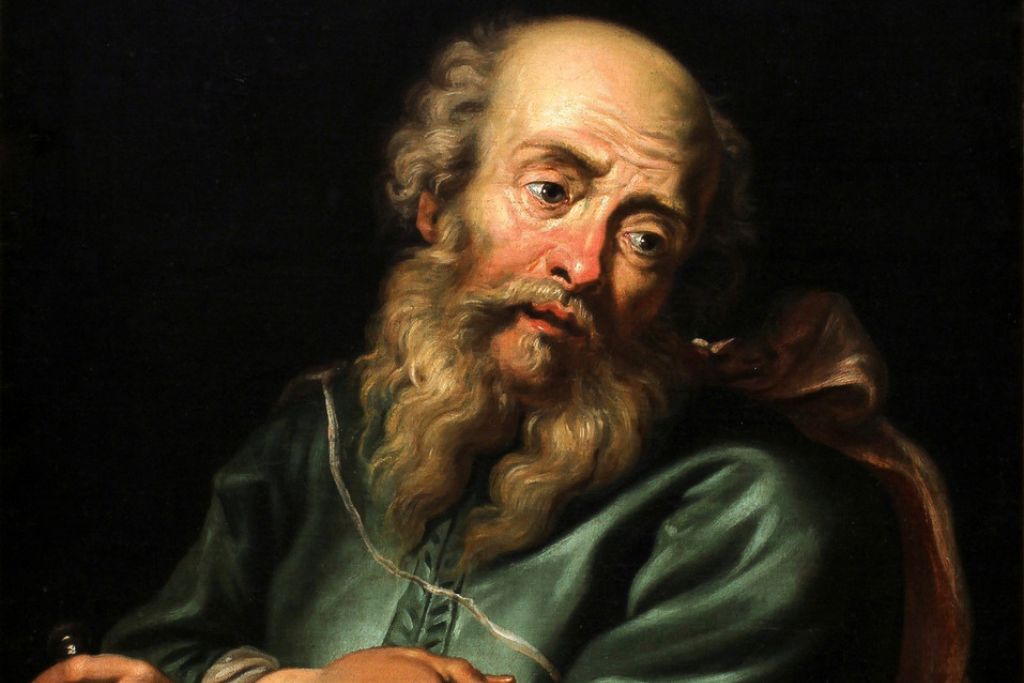 was an Italian, born in Pisa, Tuscany on February 15, 1564. His father was a musician and a mathematician who had a scientist’s mind; it is said his father experimented with young Galileo on the topic of pitch and string tension. Galileo initially studied medicine in Pisa, but mathematics and science ultimately gained his attention. Despite not obtaining a degree, Galileo followed his passions which later led to working for many important universities such as the University of Pisa and the University of Padua, writing several manuscripts on scientific topics, and giving various lectures on many concepts. Although he never married, Galileo had two daughters and a son with a woman named Marina Gamba. He died known as a celebrated scientist in Florence on January 8, 1642.

Why Is Galileo the Father of Modern Science?

Galileo made many contributions to science, astronomy, and mathematics throughout his time, several of which were so revolutionary that science was on an entirely different trajectory by the time of his death. Prior to Galileo’s influence, many of the scientific concepts and perceptions were primarily based upon Aristotle’s philosophies, which were developed in the 300 BC era – approximately 1800 years before Galileo’s life; however many of these philosophies were found to be incorrect with new discoveries made by Galileo and many others.

Although he did not invent the telescope, Galileo took the new instrument and improved upon the lens to make it much more powerful, and then he turned this to the skies to make many celestial observations that refuted Aristotle’s geocentric model of the universe which placed the Earth in the center and had the other celestial bodies orbiting around it. The science of motion was of particular interest to Galileo and was a common subject of study throughout his life. He approached science mathematically, which was not commonplace in his time.

How Did Galileo Impact the Science of Motion?

Galileo was interested in exploring science with a mathematical approach that focused on experimentation and used a scientific method, which was unique and differed from the then common approach of natural philosophy that was based upon the teachings of Aristotle. In fact, he even included this passage in one of his works: “[The universe] is written in the language of mathematics, and its characters are triangles, circles, and other geometric figures without which it is humanly impossible to understand a single word of it.” Aristotle had taught that there were five elements: earth, air, water, fire, and a celestial element known as aether; and that the motion of these was either circular or up and down. Galileo disagreed, stating there was only one element called corporeal matter, and he described its properties and motions using Archimedian simple machines which are the balance, the inclined plane, and the lever – however, he included his own machine, the pendulum.

Galilieo wrote a treatise about hydrostatic balance, a manuscript about theorems on the center of gravity, and he recognized that the speed of fall of a heavy object is not proportional to its weight by performing an experiment of dropping weights from the Leaning Tower of Pisa. He devised the law of falling bodies which stated that the distance fallen by a body is proportional to the square of the elapsed time and also revealed that the trajectory of a projectile is a parabola, which is an open curve. These findings are still relevant to this day: I personally can recall a whole unit of my math class in high school devoted to understanding what a parabola is. These developments unsurprisingly also went against the accepted teachings of Aristotle.

What Did Galileo Discover? 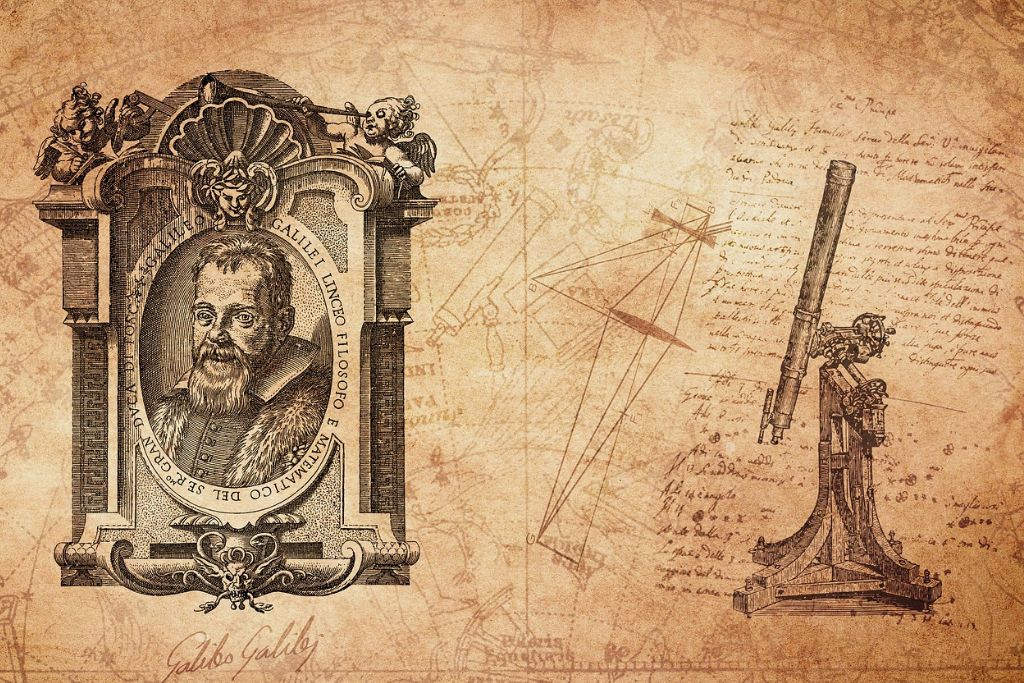 Discovering the four moons of Jupiter

is one of Galileo’s crowning accomplishments. He used his improved telescope, which was 20 times stronger than the original, to observe these moons over a few days and came to the realization that they were in fact orbiting around Jupiter. Following this astounding discovery, Galileo was rewarded by becoming the official mathematician and philosopher to the grand duke of Tuscany, Cosimo II de Medici. Prior to this, he had lived a life of modest means, but this new appointment propelled him to a new respected position as a courtier.

Galileo was the first astronomer to document sunspots and argued with another well-known astronomer, Christoph Scheiner, about their nature and what that truly meant. He also used his telescope to chart the phases of our moon and discredit the previous thought that the moon was smooth, identify the odd appearance around Saturn that later was found to be its ring, and to observe the phases of Venus. These discoveries made the previously accepted theory that Earth was the center of the universe and the heavens were stationary impossible and supported Copernicus’ theory of the sun being the center of the universe. His findings were not readily accepted by most people, however.

Was Galileo a Criminal? 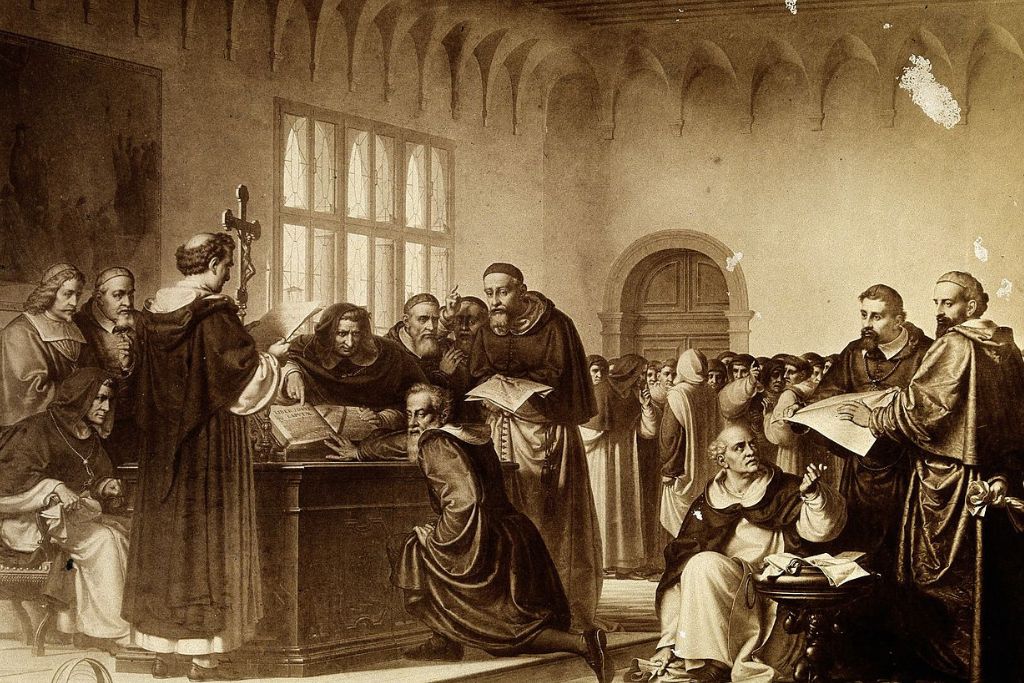 Despite being an intelligent scholar and esteemed philosopher, you may be surprised to learn that Galileo was indeed considered to be a criminal for heresy

. When he switched his beliefs to Copernicanism, many were reluctant to listen and the church, in fact, attempted to muffle him and many others who agreed with Copernicus by creating a ban on the theories that he held. The new scientific discoveries were found to go against much of the beliefs the Roman church held at the time and were thought to be heretical. Many publications were banned and those supporting Copernicus were told to no longer “hold, teach, or defend” his theories.

Years later, Galileo wrote a book called Dialogue Concerning the Two Chief World Systems, Ptolemaic & Copernican, which was presented as a hypothetical conversation concerning his findings and the Copernican theories. After publication, there was quite a backlash and eventually Galileo was brought to trial by the Inquisition for heresy in 1633. He was found guilty and sentenced to life imprisonment, however, was allowed to spend this on house arrest where he comfortably continued his endeavors and pleasantly spent the remainder of his years.

As you now understand, Galileo was an extremely relevant figure in our history, making many contributions that have stood the test of time and transformed previously accepted knowledge. Despite the path not always being easy, he pursued his passions and made revolutionary discoveries that led to the Scientific Revolution and helped us to understand many of the basic principles of motion, philosophy, and mathematics that are still taught today.

Without Galileo’s determined and brilliant mind, our methodologies may still have followed untrue theories and beliefs. He truly deserves the label “father of modern science” since he laid the groundwork for some of the basic principles of modern science. Galileo once said, “All truths are easy to understand once you find them, the point is to discover them.” Let his contributions and success be a spark in your own desire to experiment and learn about the world around you. I hope you have a new appreciation of Galileo Galilei and how his findings have shaped even our lives today for the better.

Jessica Mason is a freelance writer with an extensive background in healthcare, a love for adventure, and a passion for researching and learning about new subjects. When she isn’t enjoying time with her family and dogs, she can usually be found doing yoga or taking a hike in the beautiful Pacific Northwest where she resides.