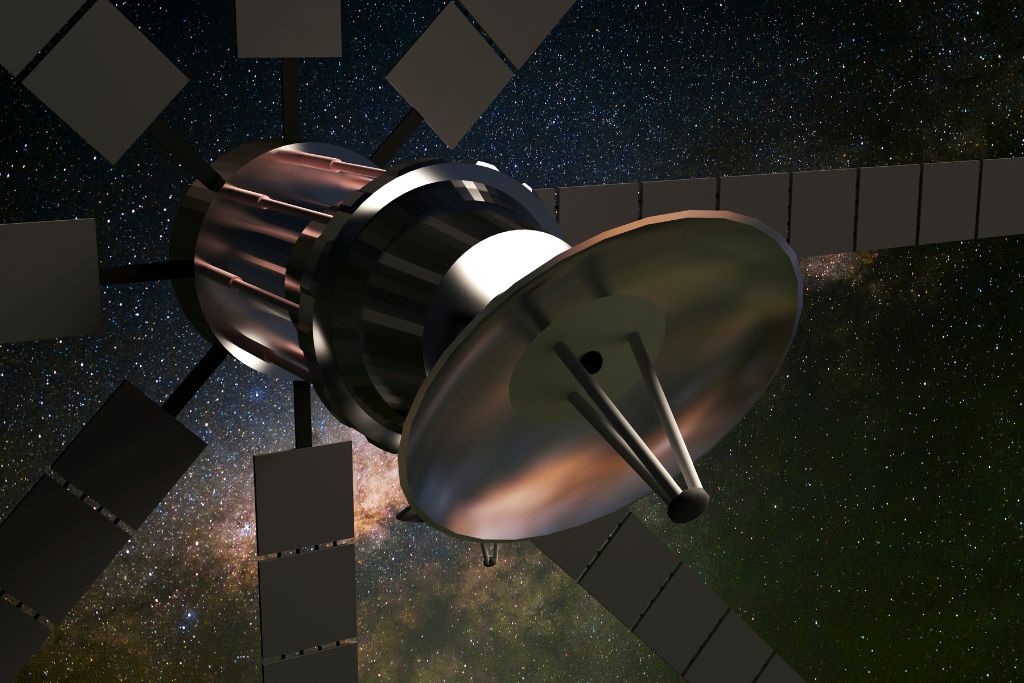 I’ve often seen pictures of satellites just floating around in space. I never thought much about them; I thought maybe they were some kind of space station where astronauts could go to study different things they found in space. But the more I think about it, I wonder, what do satellites do in space?

An artificial satellite is a machine that is launched into space and orbits the Earth or another planet or star in space. There are thousands of man-made satellites that orbit the Earth, and they do things like take pictures of planets, the sun, black holes, and distant galaxies so scientists can study them. Other satellites serve as communication devices used for things such as cell phones, TV, and the internet.

When Was the First Satellite Made and For What Purpose? 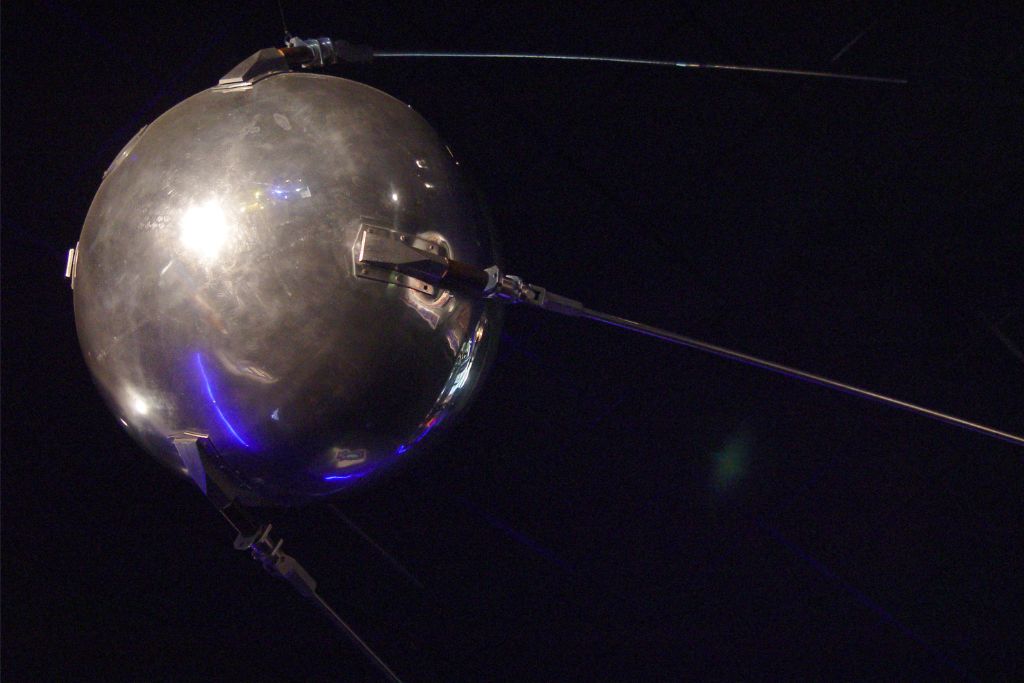 The first man-made satellite was a Russian satellite named Sputnik

. It was launched in October 1957, and its main purpose was to place a radio transmitter into orbit around the Earth.

The Soviets launched another satellite carrying a dog named Laika, and then the United States launched Explorer 1 in January 1958. The primary science instrument on Explorer 1 was a cosmic ray detector. It was meant to measure the radiation environment in Earth’s orbit

What Are the Different Kinds of Satellites?

A group of more than 20 satellites makes up the Global Positioning System, or GPS, as it’s now called. The GPS is a satellite-based radio navigation system owned by the United States government but used by the United States Space Force. It provides geolocation and information about time to a GPS receiver, anywhere on or near the Earth, as long as there is an unobstructed line of sight to four or more GPS satellites. If mountains obstruct their view, the signal will be weak.

The GPS also provides necessary positioning capabilities to military, civil, and commercial users worldwide and was initially started by the United States Department of Defense. Now GPS use is accessible to anyone with a GPS receiver, such as a cell phone.

How Does a Global Positioning System Work

The GPS system orbits the Earth about 12,000 miles above us. They completely orbit the Earth two times in less than 24 hours and travel around 7,000 miles an hour. There are small rocket boosters that keep each satellite on the right path.

Each satellite lasts about ten years, and replacement satellites are continually being built and launched.

GPS satellites transmit two low-power signals, which travel through clouds, glass, and plastic by line of sight. However, they cannot travel through solid objects, such as buildings and mountains. 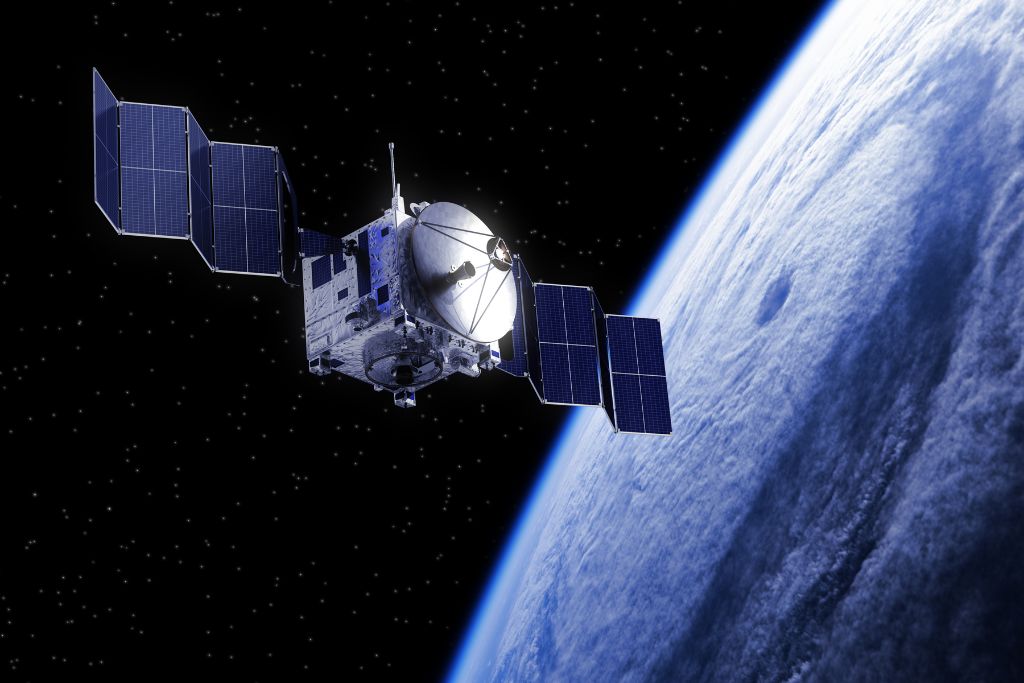 People tend to assume that weather satellites use cameras to scan the Earth and get an image that tells us about the weather. But this isn’t the case. What actually happens is radiometers, devices carried by weather satellites, scan the Earth, creating images to view. This equipment typically includes a small telescope or antenna, a scanning mechanism, and one or more detectors that detect visible, infrared, or microwave radiation in order to track weather systems around the world.

The measurements made by this equipment are electrical voltages that are digitized and sent to receiving stations. The information is then communicated to various weather forecast centers around the world, where they can be looked at on the internet. Because weather changes so quickly, it can take less than a minute for the satellite to take the measurement and produce an image to be studied by weather centers.

Weather satellites and the instruments they contain operate for three to seven years and sometimes longer.

There are actually two kinds of orbits taking place with weather satellites to monitor the weather. The first orbit is a geostationary orbit. The satellite is at an extremely high altitude, about 22,500 miles above the Earth, and it is orbiting over the equator at the same rate the Earth is turning. This allows the satellite to view the same region on a continual basis and is responsible for the satellite images that we generally see on the news or satellite apps.

There are some disadvantages to this process, though. First, it is at a very high altitude and needs extremely elaborate telescopes and accurate scanning devices to be able to view the Earth at a high resolution. Second, only one portion of the Earth can be viewed.

The other orbit type is called near-polar, sun-synchronous. This satellite is placed at a low orbit, about 500 miles, and takes the satellite near the North and South Pole about every 100 minutes. This orbit type gives us complete coverage of the Earth as the Earth turns beneath it.

Because these orbits are sun-synchronous, the satellite is able to measure the exact location on the Earth two times each day at the same local time.

The disadvantage of this satellite is that it can only produce an image at a particular location every 12 hours since it is not in the same place continuously as the geostationary satellite.

launched into space. It joined its sister satellite, Landsat 8, in collecting images from all over the planet every eight days. The Landsat program’s job is to monitor land use to help those making major decisions manage essential resources, including crops, water, other resources, and forests.

The Landsat Program is jointly managed by NASA and the U.S. Geological Survey. The first Landsat to launch was back in 1972. It was then called ERTS.

How Land-Watching Satellites Help Us

The Landsat Program helps us in many ways. The following list is just a few ways satellites assist our world.

What Else Are Satellites Used For? 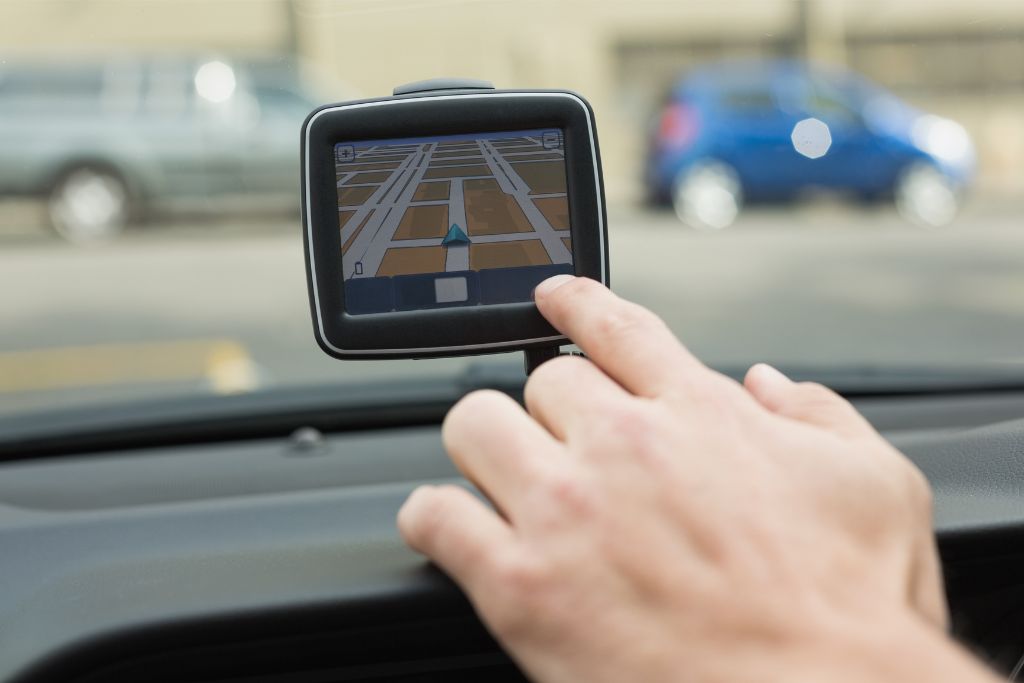 You may not be aware of this, but some of the things people use and do every day are enabled by satellites. For instance, radio and television can enter our homes via satellite. This is also how you are able to browse the internet while on an airplane or watch a movie. The same applies to our cell phones and broadband service.

Satellites also assist with ATM withdrawals, check transactions, and credit authorizations. GPS has an incredibly accurate orbiting clock system, and timing is critical for ATM and other point-of-sale transactions happening around the world.

What Happens to Satellites When They Die?

Since satellites only last a certain amount of years, a lot of satellite trash is floating around in space. This is known as space junk which is any piece of machinery or debris that has been abandoned in space by humans.

If the satellite is at a lower altitude, such as the near-polar, sun-synchronous satellite, which is orbiting the Earth at an altitude of 500 miles, it will often re-enter the atmosphere after a few years and most likely burn up. However, those such as the geostationary satellites, which are placed at higher altitudes, will likely end up orbiting the Earth for hundreds or even thousands of years.