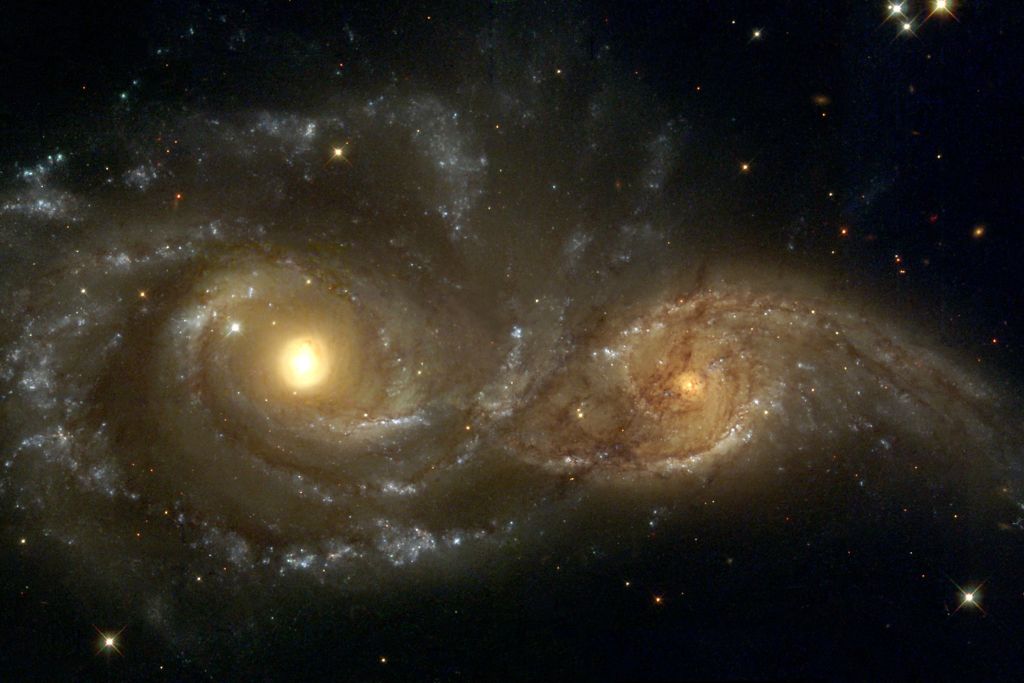 To think that our universe wasn’t big enough already, the idea of being part of an even bigger world of universes altogether is hard to fathom. Scientists and researchers for years have pondered the thought of different universes being out there, or a multiverse per se. While it may be impossible to ever truly know for sure, theories suggest multiverses can, and do exist, and use science and the laws of physics to show their reasoning. So what are the different types of universes?

According to the Multiverse Theory, there are 5 potential different types of universes out there other than just our own. Evidence suggests these 5 multiverses are infinite universes, parallel universes, bubble universes, daughter universes, and mathematical universes. Each type of universe is believed to have its own set of scientifical laws, planets, and galaxies. 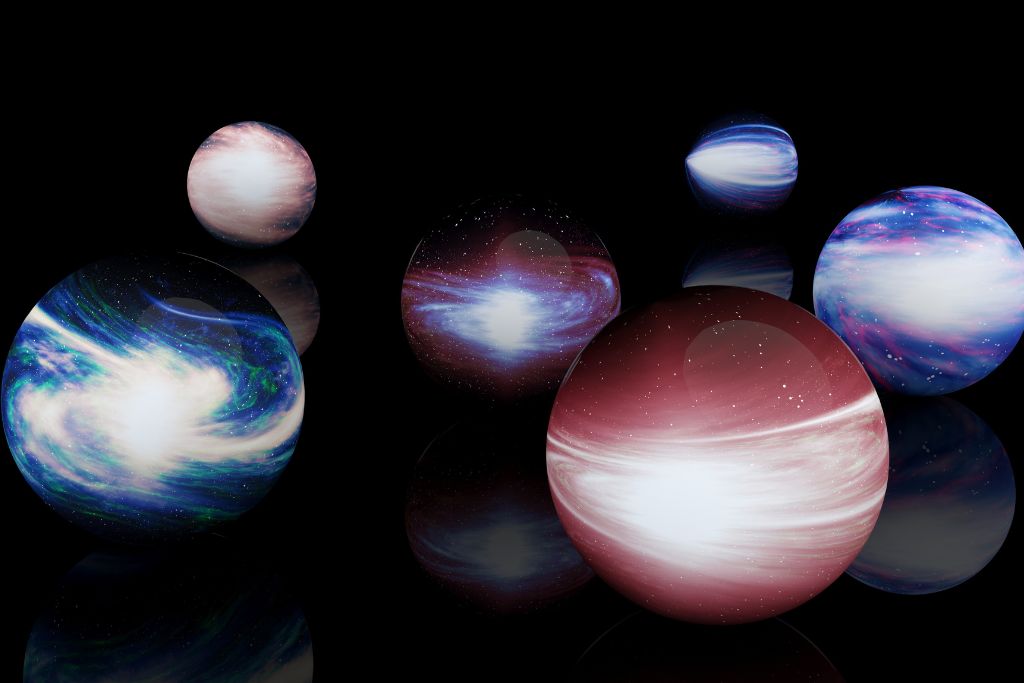 A Universe is all of space and time and its contents. This includes planets, stars, moons, galaxies, and all other types of matter and energy. In short, it is everything we can touch, feel, sense, measure, or detect. Time, space, and matter didn’t exist, and wouldn’t exist, without the universe itself.

is a theoretical concept that suggests that our universe, with everything included within it, may potentially not be the only one out there. The theory states that there could be an infinite amount of universes, with their own laws of physics and their stars and galaxies, and ours may be only a piece of a much bigger and grander puzzle of universes.

The theory identifies 5 potential reasons, or multiverses, that our universe is potentially a part in a much bigger sense. While the theory may be a little far-fetched for some to understand or comprehend, there is good reasoning and physics behind the idea. Most scientists will even say that the idea is very plausible and is actually more likely than not.

In a way, each idea is similar to the other, but still, has very different aspects making the theories differ from one another. Non-fictional movies, books, and fantasy stories that have been around for centuries, all have done a great job portraying and showing the idea that multiple universes exist. As the years go on and more scientific and mathematical research is conducted, there is more and more concrete evidence being uncovered that proves a multiverse may be more than just a theory.

So, what types of different universes, or multiverses are out there, and how do they differ from our own?

An infinite universe, otherwise known as a repeating universe, is probably the most commonly heard of and has the most potential of being proven true. It suggests that if you travel far enough into space, eventually you would run into a ‘twin’ version of yourself, in a world just like ours. If the universe is infinite and keeps repeating itself, then, in fact, you would have infinite twins in infinite versions.

According to the idea of an infinite universe, it would mean that space never ends. In theory, it would mean that our universe itself is flat or round, which is the most commonly believed theory amongst scientists. However, due to the finite speed of light, scientists will never be able to prove an infinite place exists and will continue to repeat forever in time, never reaching the discovery of the next. 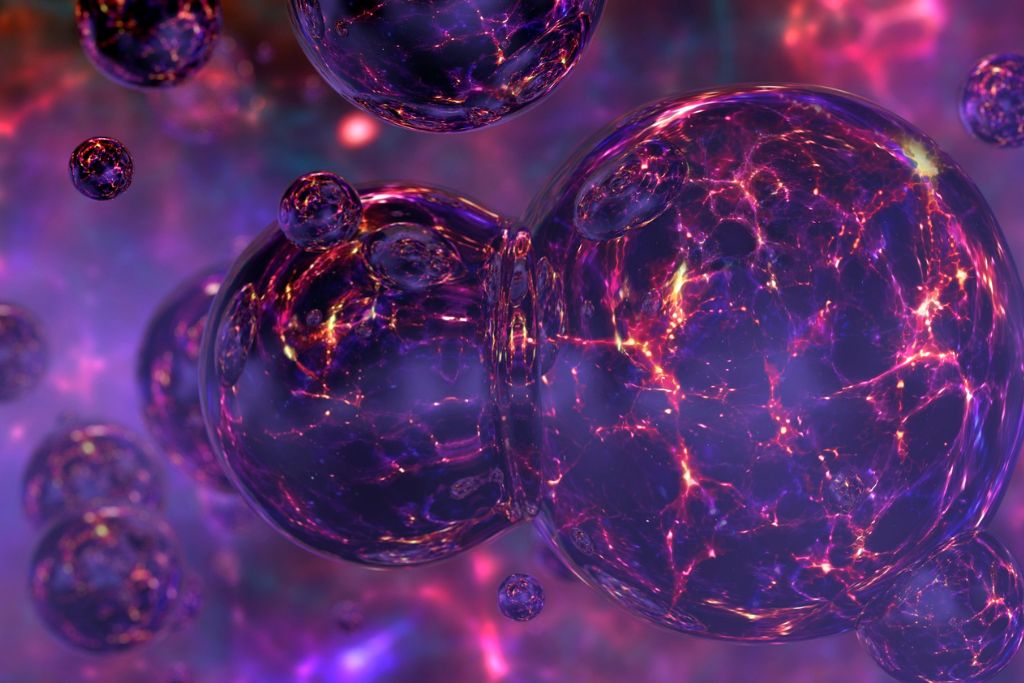 A bubble universe is an idea that the Big Bang that supposedly happened to form our universe, wasn’t the only big bang to happen. It suggests there were multiple big bangs all at once happening next to each other, forming bubbles, with their own rate of expansion and physical properties and laws of math and science.

Science suggests that our universe itself is still expanding

. So, if a bubble universe is indeed true, if our universe is still expanding, then that means the other ‘bubble’ universes are expanding as well. If so, then theoretically speaking, the bubble universes could eventually collide with one another, mixing to mesh together to form one big universe. Due to having different physical laws and galaxies, the idea of a mixed universe could be a very strange place with unthinkable scientific properties within it.

The idea that different bubble universes collide with one another is a scary thing to think about. The properties and matter and life forms that exist in a different universe, are unknown to the properties and lifeforms in ours. Who knows how they would blend, or if it were even possible, and if so, what would be created.

A parallel universe is a theory that there are all multiple universes existing side by side within our own, that we just can’t see. These types of universes are within a different dimension that our senses alone are strong enough to reach. It is believed that they have similarities to our known universe, but the fundamentals of the universe are what is most different.

If you dive a little deeper into this theory, it suggests that all parallel universes may not be as far out of reach as we think. The idea is that each different dimension, or universe, could potentially crash into the other, causing a new big bang, resetting the universes. No one knows for sure what’s on the other side of the edge of the observable and until we do, the theory continues to be a hypothetical place of existence.

A great example of parallel universes existing is the idea of ghosts or spirits, still existing or perhaps being stuck and unable to leave this universe. Paranormal scientists and psychologists have been conducting research and making developments for years, but the existence is still only a theory.

, known as the ultimate ensemble theory, suggests that mathematics themselves could define new universes with a different set of numerical parameters and diameters. This hypothesis states that our reality is relational and that the properties of our world in our universe are founded on the building blocks and relationships of other universes, not actually our universe itself. Without other universes and their properties, ours could not cease to exist or have been developed.

It has been debated by scientists and mathematicians for centuries whether or not mathematics is a useful tool for science or the other way around, and whether mathematics is really the fundamental reality of the universe. If a structure is mathematical, it can exist without the presence of humans, meaning that even if there were no ‘humans’ this type of universe would still cease to exist.

To learn more about mathematics and how it relates to the universe itself, we need to look at the theory of FIbbonachi or the Golden Rule. It explains that the world and everything within it exists through a sequence of numbers. The numbers in the sequence are always repeating themselves the same, and it appears everywhere in the world, in nature, and in the universe itself. Digging a little deeper into this theory will explain why the idea that mathematics, and not science, is what the universe revolves around and determines.

For now, there is no way of scientifically or mathematically proving that multiple universes exist and that we are indeed not the only living things out there wondering the same thing. Everything we can physically see suggests there is only one, but our senses and earthly discoveries say otherwise. 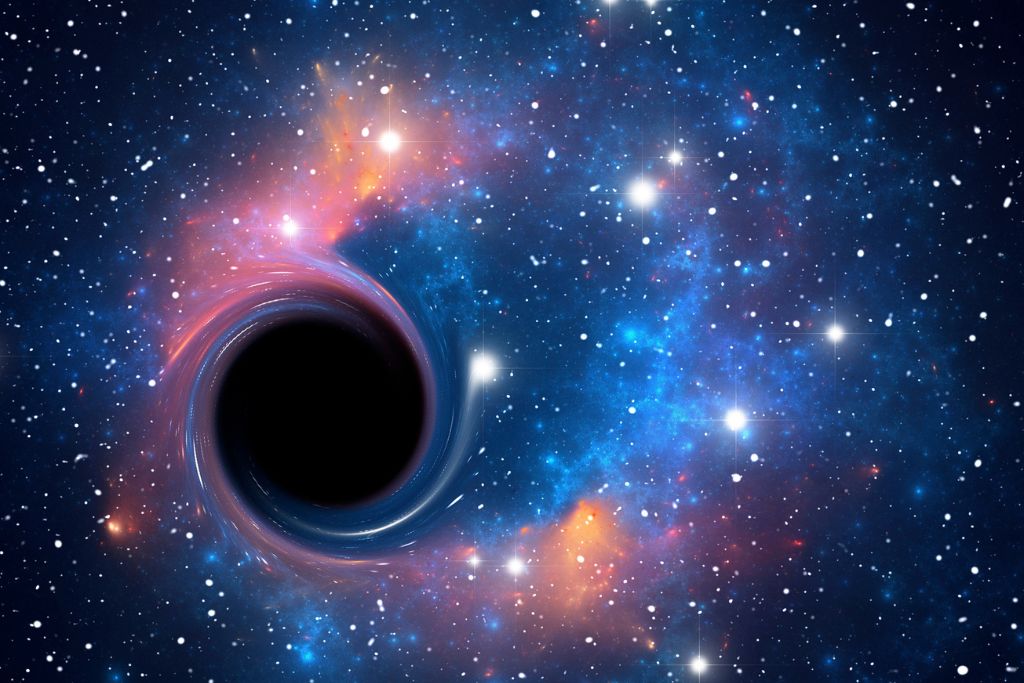 A daughter universe, or the baby black hole or many-worlds theory, is a theory that comes from quantum mechanics. Daughter universes are thought to be a product of outcomes or choices, meaning the universe creates a copy of itself for every possible outcome. Each choice we make in life, births a new universe.

This theory used the idea of probability, instead of definite outcomes. For every choice or decision that is made in this universe, there is a version of you out there in another universe, experiencing each potential other outcome of that choice. So in theory, you experience every outcome of every choice possible, but our senses are only able to reach and fathom the one we choose.

The idea of reincarnation could be a way to relive your choice or decisions on other dimensions, or other lives in a different universe. While it may not be possible to remember the original choice, the idea suggests a different choice will be made in each spawning of new life.

Continue Reading
link to Where Is the Kuiper Belt Located?

It is pretty easy to forget how small we are in the grand scheme of outer space, and even in our own solar system. There are many different structures in our solar system that orbit around the Sun,...