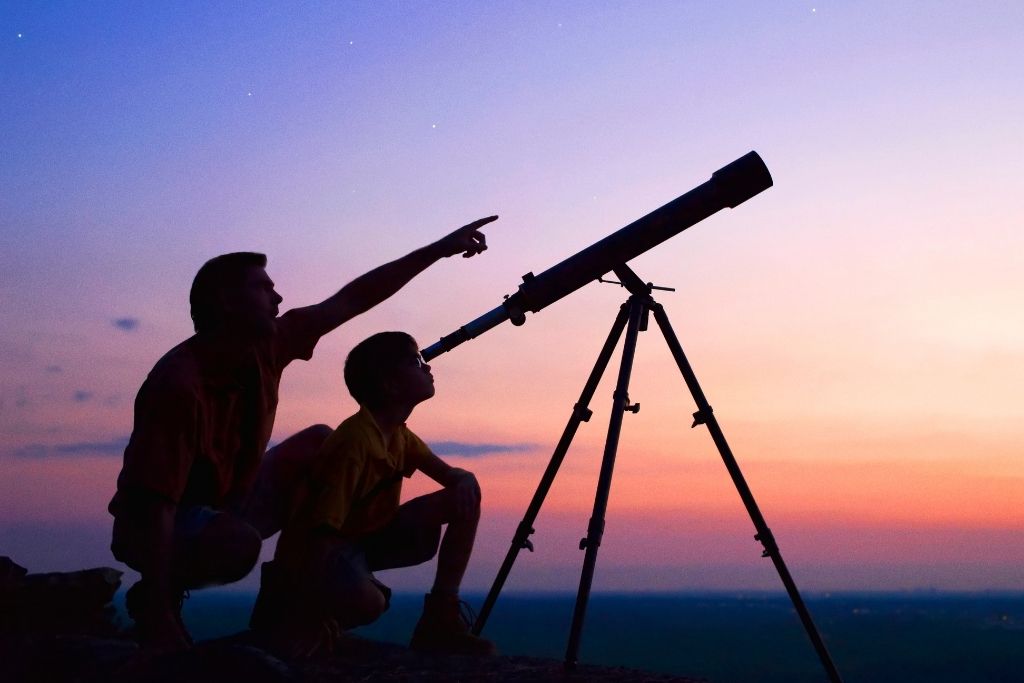 As a homeschooling mom of elementary-age kids, I’ve learned to be quite creative in my teaching methods. For us, lessons take place every day in our environment, especially when it comes to science. As I was looking through school supply manuals for a telescope, I learned that there are many different types and became curious to know which one would be best for teaching my boys. So let’s look at the different types of telescopes.

Though there are many different types of telescopes, they generally fall under one of three different categories. The three primary types are refractors, reflectors, and catadioptric. All three of these are optical telescopes. 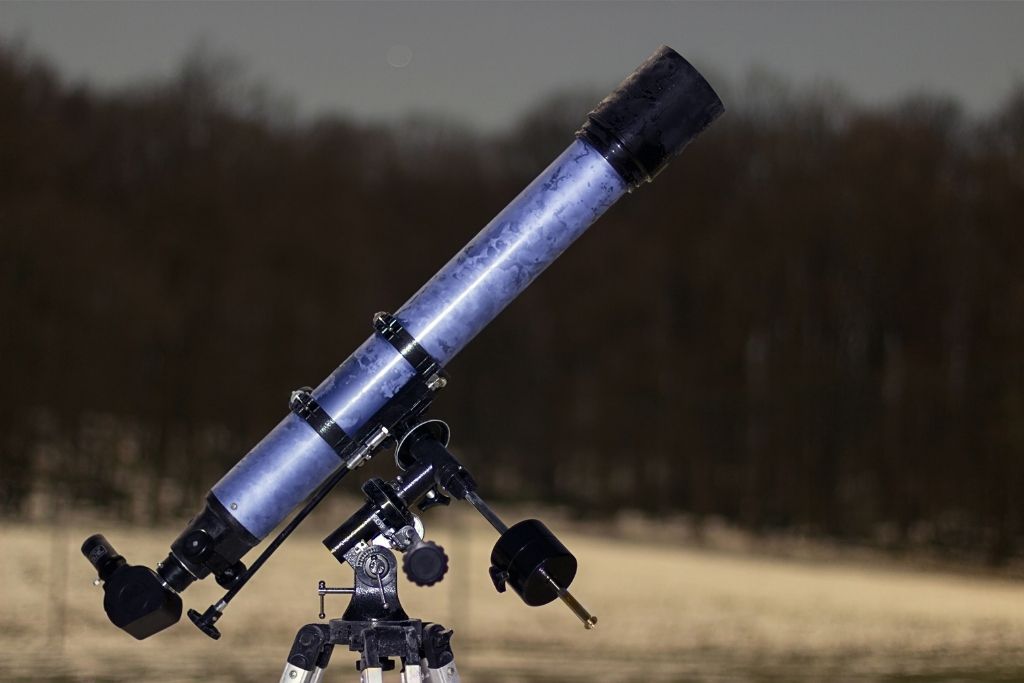 A refracting telescope is an optical telescope that uses a lens to gather light from the object being studied and focuses the light rays to produce the image. These telescopes are usually long so that the light can flow in a straight path through the tube of the telescope to the eyepiece. If the lens is very large, the optical tube needs to be even longer to bring the object into focus.

This telescope was designed by Galileo Galilei in 1609. He used this telescope to discover Jupiter’s four largest satellites as well as spots on the Sun, the phases of Venus, and the hills and valleys on the Moon.

The Keplerian telescope was invented by a German astronomer, Johannes Kepler, in 1611. It is considered an improvement in Galileo’s original design. Where Galileo used a concave lens as the eyepiece, Kepler used a convex lens that was placed in the back of the focus. This design enables the rays of light that are emerging from the eyepiece to converge, allowing for a much wider field of view and more relief for the eye. However, the image is inverted. Thus, another convergent lens is placed between the objective and the eyepiece in order to right the image.

When using a lens to view through a telescope, there can be an image distortion called chromatic aberration. As light goes through a lens, different colors are bent at different angles like a prism and then brought together at another point. When viewing the stars through a lens, this prism effect can cause a rainbow-colored halo.

Another problem with lenses is that the larger lens you use, the more costly it can become. It is also hard to make a lens that is totally free from defects. And the last problem is that lenses in telescopes are supported around the outside, so if the lens is very large, it can sag and become distorted under its own weight. All of these problems can affect image quality. 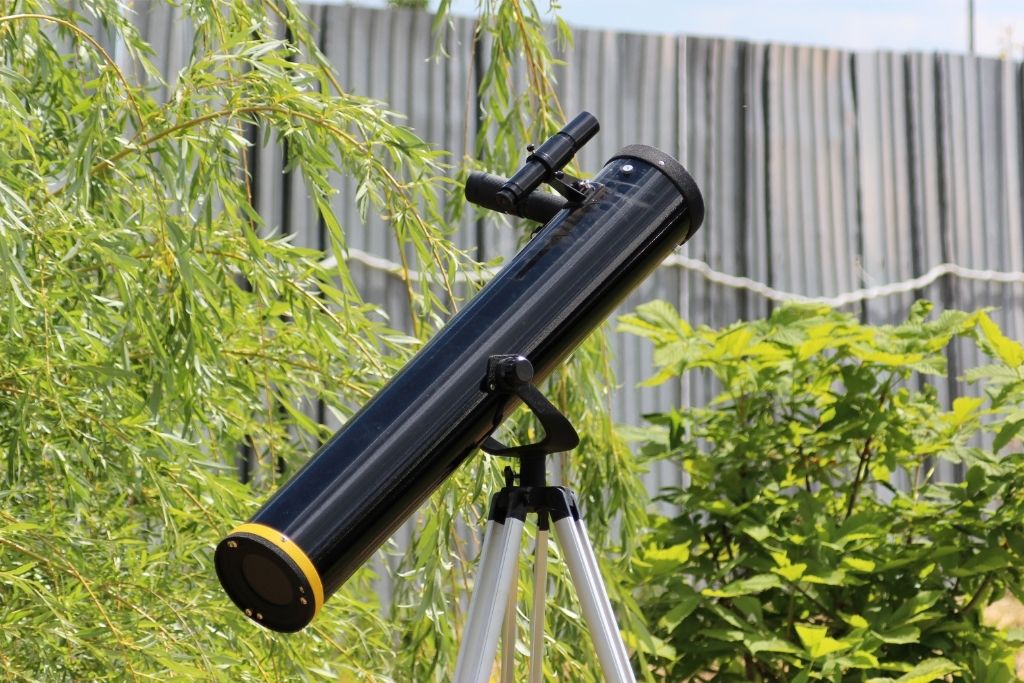 A reflector telescope uses one or more curved mirrors to form an image by reflecting the light that reaches its surface. The bigger mirror is the primary mirror. It gathers the largest amount of light.

Reflectors are not subject to chromatic aberration (a color distortion that can be in an image viewed through a glass lens) because reflected light doesn’t spread out over a wide area according to a wavelength.

Also, the tube of a reflector telescope is shorter than a refractor of the same diameter and, thus, it’s not as expensive.

Isaac Newton built a reflector in 1668. He was expanding upon a reflector that physicist Zucchi had already developed in 1616, which only had one mirror. Newton decided to insert a flat deflecting mirror into the tube of the telescope.

Thus, light first enters the top of the telescope tube and travels to the lower end, where the primary mirror is housed. This mirror reflects the light back upwards. But, to prevent the image from being focused in front of the tube, opening the secondary mirror called the plane mirror deflects the light beam by 90 degrees, thus directing it out the side of the tube. Then, the light enters the focuser here, and an eyepiece can be inserted for viewing. When you want to adjust the image and bring it into focus, you just turn the focus wheel, so the eyepiece is moved toward or away from the telescope tube.

A peer of Newton’s, Laurent Cassegrain, invented another type of reflector telescope. With the Cassegrain reflector, parallel rays of light enter the telescope and are reflected from a large concave mirror in the direction of the focal point of that mirror. Before reaching the main focus, the light rays are reflected again by a small convex mirror that focuses them near a small home in the middle of the main mirror.

The Cassegrain gained importance when an English optician, Jesse Ramsden, discovered how this design reduces blurring of the image caused by the sphericity of the lenses or mirrors. The way to correct this spherical aberration is to make a large concave mirror paraboloidal and the small convex mirror hyperboloidal.

With reflector telescopes, the mirrors are exposed to the air, humidity, and dust due to the fact that they are open telescopes. Because of frequent exposure to harsh environments, the mirror could be less reflective within a few years as its ability to reflect light decreases. Thus, a reflector telescope will need to be cleaned on a regular basis paying careful attention to the delicate optical parts when dismounting the telescope.

One other disadvantage of reflector telescopes is their weight. With larger mirrors, the telescope is bulkier and heavier than the refractor telescope. 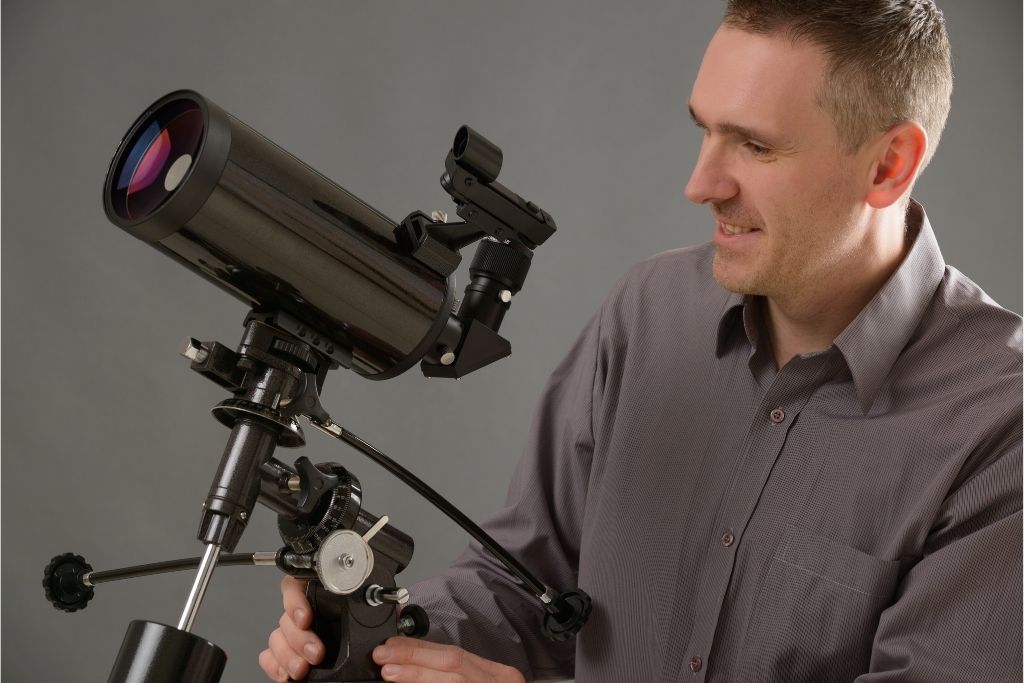 A catadioptric telescope is like combining the best of refractor and reflector telescopes. It has both a lens and specially designed mirrors that work together to form an image. The way it is built is intended to obtain a greater degree of rectification without any errors as compared to the all-mirror or all-lens telescopes.

The way the catadioptric telescope is designed incorporates correctors. These correctors are lens or curved mirror elements in the part that forms the image, the optical system, that corrects the reflective or refractive aberrations that might be caused by its counterpart.

This telescope has a short tube as well, but the spherical primary mirror is concave, and the secondary mirror is convex. The corrector lens consists of a weak negative meniscus lens.

After studying the different types of telescopes, I think I will end up choosing a reflector telescope to teach my children about the stars. It is easier to use, functions well enough for our purposes and seems to be the least costly of the three.