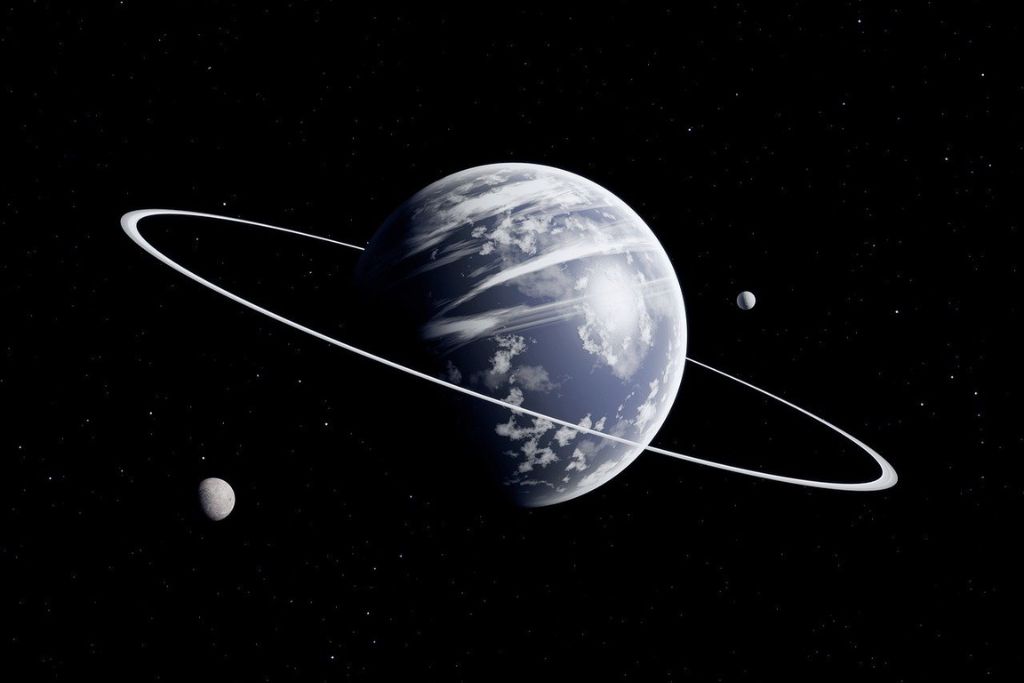 As I’ve been studying our universe and learning about what differentiates planets from stars, how stars are born, and why they seem to twinkle, I’ve been reading about how different the planets are in our solar system. I had no idea that some were called gas giants, and some were called terrestrial planets. And now I’m finding out that there is a third category a couple of our planets are being placed into. It makes me wonder, is Neptune a gas giant?

According to an article published in March 2022, our solar system has four gas giants – Jupiter, Saturn, Uranus, and Neptune. So this means the answer is yes, Neptune is a gas giant. Yet, if this is the case, why do I see elsewhere that Neptune is considered an ice giant? Let’s investigate this further.

What Are Gas Giants? 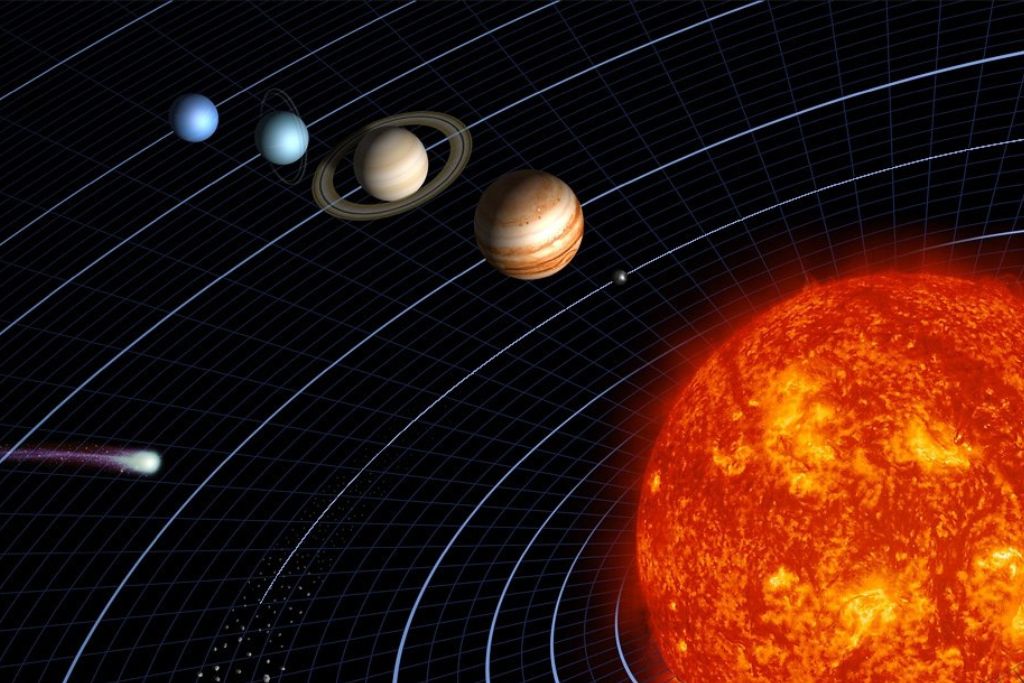 are massive planets made up mostly of gasses like hydrogen and helium. They also have a very small rocky core. A planetary core is the innermost layer of a planet. They can be made up of entirely solid material or entirely liquid. And sometimes, they can be a mixture of both, as is the case with Earth.

The gas giants that make up our solar system are Jupiter, Saturn, Uranus, and Neptune. They are called the Jovian planets.

The term Jovian means Jupiter-like, and even though further exploration has revealed that gas giants such as Neptune and Uranus are very different from Jupiter, the term Jovian is still used.

If Neptune Is a Gas Giant, Why Is It Also Referred to as an Ice Giant?

Neptune, whose name comes from the Roman god of the sea because of its blue color, is the farthest planet from the Sun and the fourth largest of all the planets. It is the smallest of the four gas giants and orbits the outer perimeter of the Sun with three other planets. In fact, it is more than 30 times as far from the Sun as Earth.

Because Neptune is so far, it cannot be seen with the naked eye. It was the first planet to be discovered by mathematical predictions in 1846 and has only been observed up close one time in 1989 by NASA’s Voyager 2.

Yet it is also one of the two planets in our solar system that are now called ice giants. Along with Uranus, these planets are much smaller than the gas giants Jupiter and Saturn, and their composition makeup is different. Neptune is made up of layers of helium, 29%, hydrogen, 80%, and some traces of methane.

The differing composition is why Neptune is now referred to as an ice giant.

Neptune’s core is about 1.5 times the size of Earth and has twice the pressure. This is 45% of the planet’s mass, yet it has no surface.

While Jupiter and Saturn are made up primarily of hydrogen and helium, with large mantles of metallic hydrogen, and only their small cores are made of rock and ice, Neptune and Uranus have a lower amount of hydrogen and helium, but they contain heavier elements like oxygen, carbon, nitrogen, and sulfur. And they have a very thin outer shell that covers the planets’ mantles that are made of compressed slushy water and ammonia. 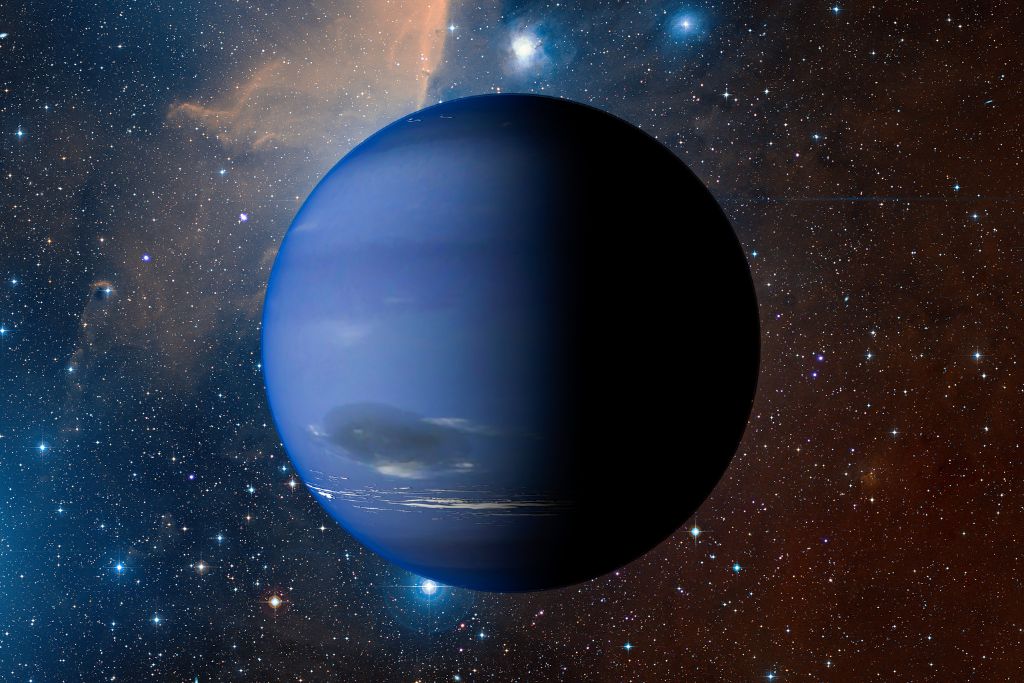 Neptune is cold. Too cold to support life. Its average temperature is -214 degrees Celsius; -353 degrees Fahrenheit, so it’s predominantly made up of ice.

Also, there is no oxygen on the planet, so it’s not likely people could survive on Neptune any time soon.

Earth has an atmosphere of approximately 20% oxygen and no other planet, including Neptune, has this much oxygen.

Another factor about Neptune is that there is no solid surface. And its distance from the Sun not only keeps it cold but also the planet is regularly subjected to supersonic winds. The windspeeds on Neptune can reach more than 1242.7 mph. This is more than nine times the windspeeds on Earth!

Incidentally, the extreme weather is not why Neptune has gotten the name “ice giant

.” The name really has nothing to do with ice as we know it. It is called an ice giant because it’s made up mostly of water, ammonia, and methane, and astronomers regularly call these molecules “ices,” though there really is no good reason to call it ice. It’s likely because when Neptune first formed, those elements were probably in a solid form.

Because Neptune is so far away, scientists have been unable to gather much information about its core. All they could do was try to understand what was inside by taking the small amount of information they obtained from the Voyager 2 and combining it with laboratory experiments that recreate the conditions of the interior of the planet. They also can make mathematical models that help astronomers understand all that is happening at any given time under certain conditions.

The interesting thing astronomers have been able to conclude is that it’s quite possible Neptune has diamond rain.

How Does It Rain Diamonds on Neptune?

through conclusions they made based on their many calculations. They know what the inside is made of and that things get hotter and denser the deeper into the planet you go. By using a mathematical model, they were able to fill in more details and discovered that the innermost areas of the mantles most likely have temperatures around 12,140 degrees Fahrenheit and pressures six million times that of Earth’s atmosphere.

These same mathematical models give them the information that the outermost layers of the mantels are cooler, around 3,140 degrees Fahrenheit and are less intensely pressurized, about 200,000 times Earth’s atmospheric pressure. When you have water plus ammonia plus methane at temperatures and pressures such as these, certain changes take place.

With methane, the intense pressures break apart the molecule, causing it to release carbon. The carbon molecules form long chains and then squeeze together, forming crystalline patterns like diamonds. The dense diamond formations drop through the mantle layers until it gets very hot, causing them to vaporize and float back up, and the cycle repeats itself.

This is known as diamond rain.

How Do Scientists Prove This? 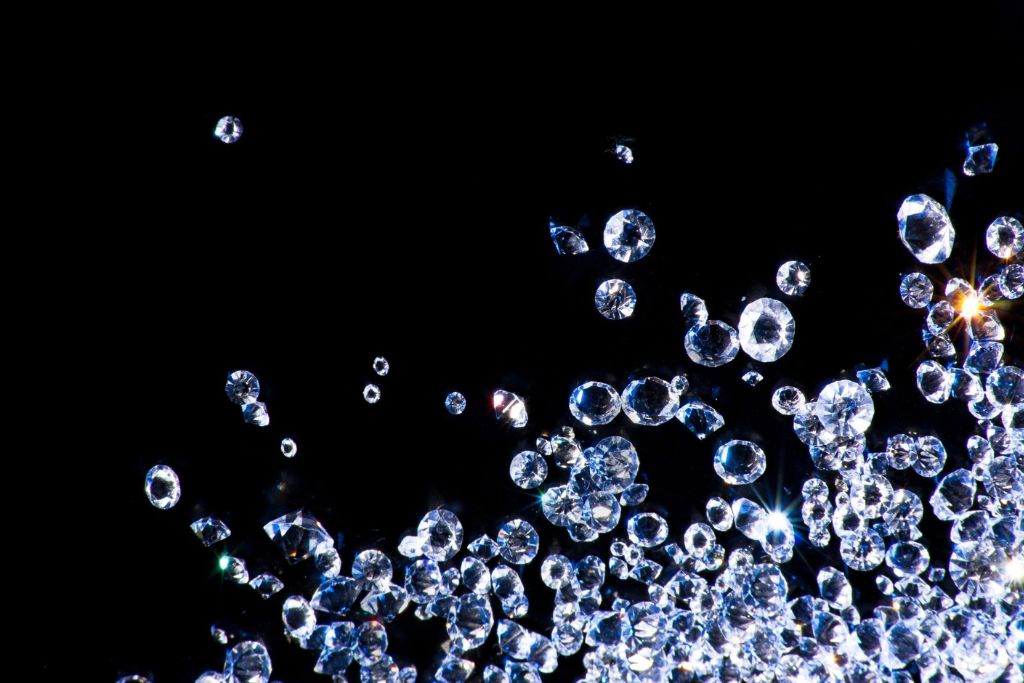 Because they are unable to send a spacecraft to Neptune, scientists instead conduct experiments in the laboratory. They were able to shoot powerful lasers at targets to assimilate the temperatures and pressures found inside ice giants.

They used a substitute for methane called polystyrene because it is easier to handle than methane and behaves the same way. With polystyrene, they were able to make nano-sized diamonds. And on Neptune, because the gas is methane and not polystyrene, the planet is able to keep up the pressures for a lot longer than a laser in a laboratory. Thus, Neptune can grow larger diamonds than the nano-sized one scientist created.

This experiment, combined with what scientists already know about the composition of Neptune and its internal structure, and mathematical modeling, enables scientists to conclude that diamond rain is a very real thing.

Though some papers and articles will refer to Neptune as a gas giant, the planet was technically moved to the category of ice giant in the 1990s due to its different composition from the other gas giants, Jupiter and Saturn. You will likely read material that says there are four gas giants, and then you will find Neptune listed as an ice giant. However, I think eventually, Neptune will always be referred to as an ice giant.