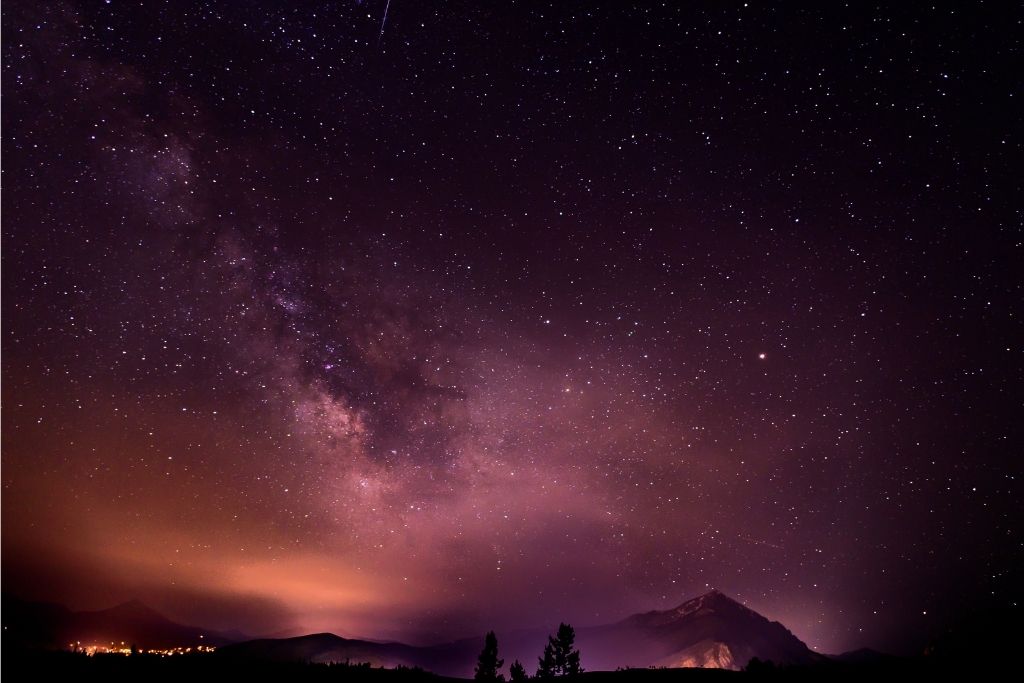 One of the most common questions that people have when admiring the wonders of space is how many stars there are in the universe. For a stargazer, attempting to count them all one by one could take several lifetimes. Luckily for you, the world’s leading astronomers have the technology at their disposal to offer a rough estimate of how many stars currently exist in the universe.

The number of stars in the universe is an unfathomably large number. Astronomers estimate that the total stars currently existing could exceed 200 billion trillion.  A number this large is almost impossible to imagine, as it could take even the most advanced supercomputer years to count to that number.

Are There Stars in Other Galaxies? 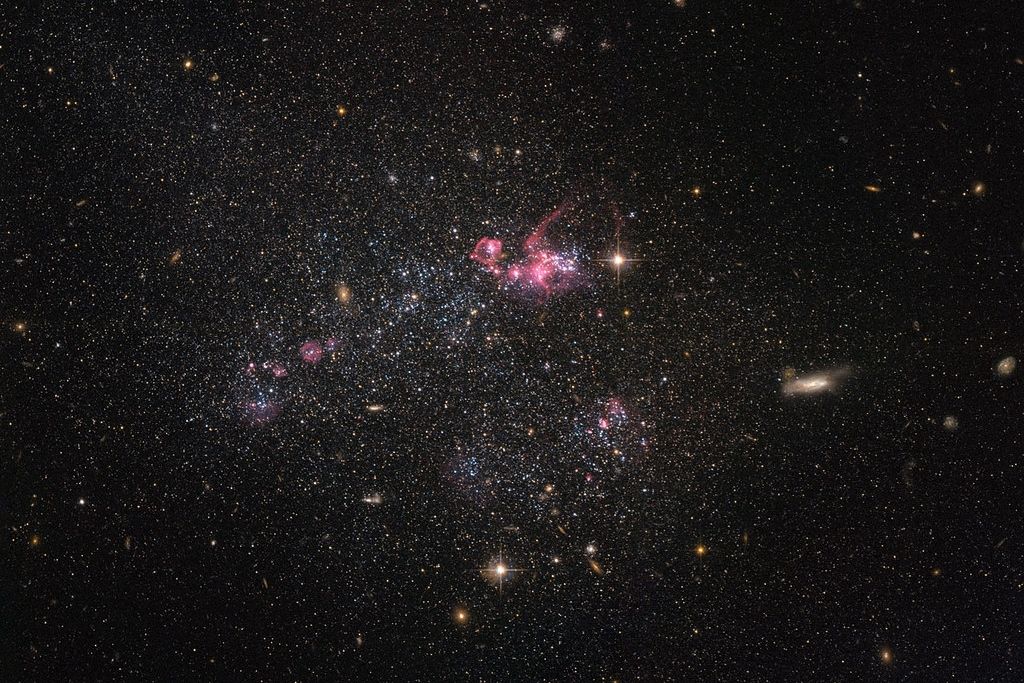 When approximating an estimate of the total stars in the universe, it was important that astronomers first determine how many galaxies the universe consists of. As the universe is constantly expanding, new galaxies could potentially be found any day, adding to the overall star count.

Astronomers used extremely advanced imaging software and industrial telescopes to take snapshots of the sky, revealing parts of the universe several billion light-years away. Using these images, they can identify and tally up any visible galaxies. That number is then multiplied by the overall number of pictures needed to produce snapshots of the entire sky.

This method of counting up galaxies produced results that led modern astronomers to calculate an estimated 200 trillion galaxies in our universe. This is a staggering number, with the possibility of new galaxies being discovered in the future.

This type of discovery would not be possible without the aid of extremely high-tech telescopes and imaging software capable of reaching the deepest reaches of our universe. The Hubble telescope, created and owned by NASA, is one such example.

As technology improves, astronomers will likely discover parts of our universe beyond what we are currently aware of. These types of potential discoveries are an exciting prospect to any passionate astronomer.

Once the total number of estimated galaxies in the universe was known, astronomers could then begin the rigorous task of approximating an estimate for the total number of stars. The method they were forced to follow was not quite as straightforward as calculating the galaxies.

How Do We Know How Many Stars There Are in The Universe?

While there is an impossibly large number of estimated galaxies, it pales in comparison to the estimated 200 billion trillion stars

in the universe. Astronomers found that manually counting the stars across the galaxies manually would take several human lifetimes if it were even possible at all.

The answer to this was to use the estimated number of galaxies in the universe in tandem with a count of all the total stars in our galaxy, the Milky Way. Astronomers found that they could determine the presence of a star by the type of visible light shown while using advanced imaging. Different types of stars radiate

different hues and intensities of light.

Using this knowledge, astronomers were able to conclude that there is an estimated 100 billion stars in our universe alone. This number was then multiplied by the total number of estimated galaxies to reach the final count of 200 billion trillion.

If you were to attempt to count to a number this high, it would take your whole life millions of times over to finally reach the end. This is an easy way to wrap your head around the true expanse of the universe and the stars that fill it.

Modern astronomy is constantly improving the technology needed to further explore the deepest end of space. There will likely be a method sometime in the future to represent the number of stars more accurately in the universe.

What Are Stars and How Did They Get There?

In the most scientific terms, a star is a body of hydrogen and helium that radiate light. Heat is generated by their cores, similar to the Sun. They reside several light-years away, which makes their visibility from the earth that much more impressive.

Stars take millions of years to form, going through many different stages before reaching the one that we are most familiar with. After several thousand years, nebulae, which are hydrogen clouds found in the reaches of space, will collapse on themselves. This act starts the process of forming the visible stars we see at night.

When the core temperature of the protostar, an early form of the stars visible from the earth, reaches the right temperature, it will enter into a state of constant nuclear fusion. This state is what causes the star to shine and emit heat.

There are many different types of stars, each with varying sizes, hues, and intensities. It is easy to imagine early astronomers and their wild theories about those twinkling lights in the sky, but luckily for us, we live in an age where advanced technology makes it possible to observe the life cycle of a star.

Stargazing using personal telescopes is one of the most popular hobbies in the world. The fascination with stars dates back to the earliest parts of human history, a fascination that still holds true today. People will likely remain enamored with the night sky and all the beauty and wonder it has to offer.

You might be wondering if the number of stars in the universe ever changes, or if stars last forever. The life cycle of a star

has been observed to include both the stages of birth and death, with a span of time dependent on the size of the star in between. Generally, the larger the star is, the shorter its lifespan will be.

Stars die when their cores no longer generate enough energy to maintain their radiance or heat. When a star encounters the end of its life, the light shining from it will fade and the core will become what is commonly referred to as a “white dwarf” star. The core will exist in this state as it cools down for several million years.

Due to this, the total star count in the universe is constantly changing, with stars burning out and becoming “white dwarf” stars every day. In that respect, just as many stars could possibly be born, which helps to maintain the balance.

The sun, our galaxy’s biggest star, has an estimated lifetime of several billion more years.

Can Stars Fall Out of the Sky?

There is a common misconception that a “shooting star

” is actually a star falling from the sky. If you are wondering if falling stars could affect the total number of stars in the universe, there is evidence that makes this unlikely.

Even the smallest stars visible from the earth are estimated to be several times larger than the earth itself. Keeping that in mind, an actual star falling to Earth would be quite a problem. Luckily, stars are located so far away from Earth that the likelihood of that happening is practically zero.

Generally, stars stay put for the duration of their lifetime. If you find yourself worried about stars falling out of the sky, you can rest easy knowing that it would likely take several lifetimes for any stars to reach the Earth.

Final Thoughts – How Many Stars are There in the Universe 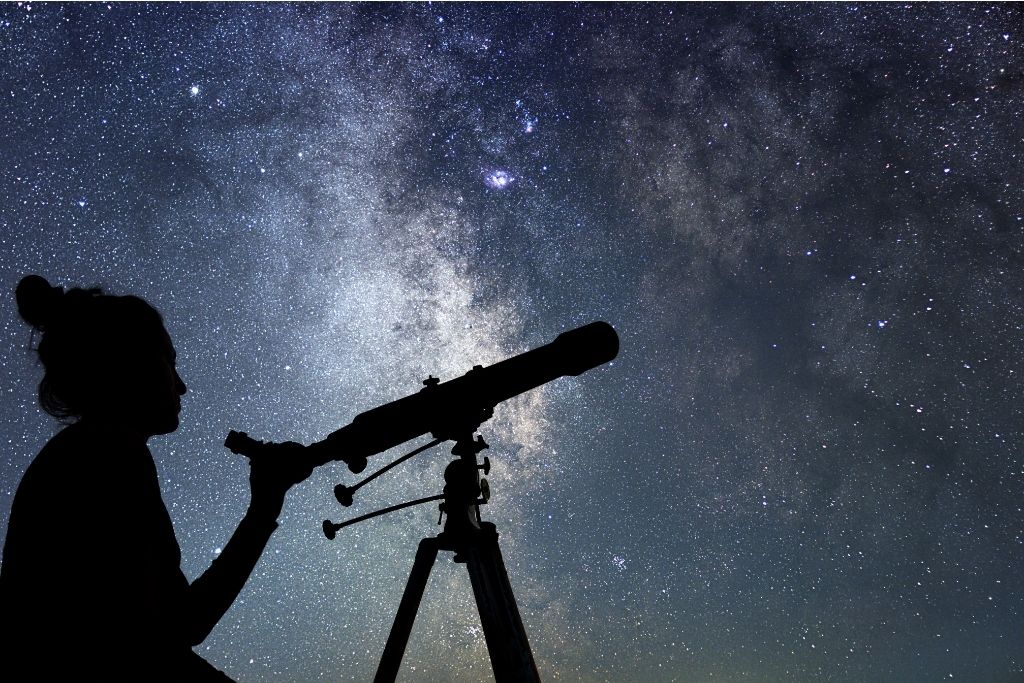 If you have ever looked up at the sky and tried counting the stars, you now know the lengths you would have to go if you were to try and count each one. In our galaxy alone there are over 100 billion stars visible from earth. Considering the estimated 200 trillion galaxies, that puts the total number of stars in the universe at a mind-boggling 200 billion trillion.

This can help put the span of the universe in perspective, as it can be hard to fathom an expanse that large. The future has the possibility of bringing new discoveries to light that can help the world better understand its place in the universe.

Space and all its wonders have long since been a focal point of human interest. The desire to discover and learn more about the universe has served to drive technology and society further. Early astronomers would likely be amazed at the types of discoveries that we are now commonly aware of.