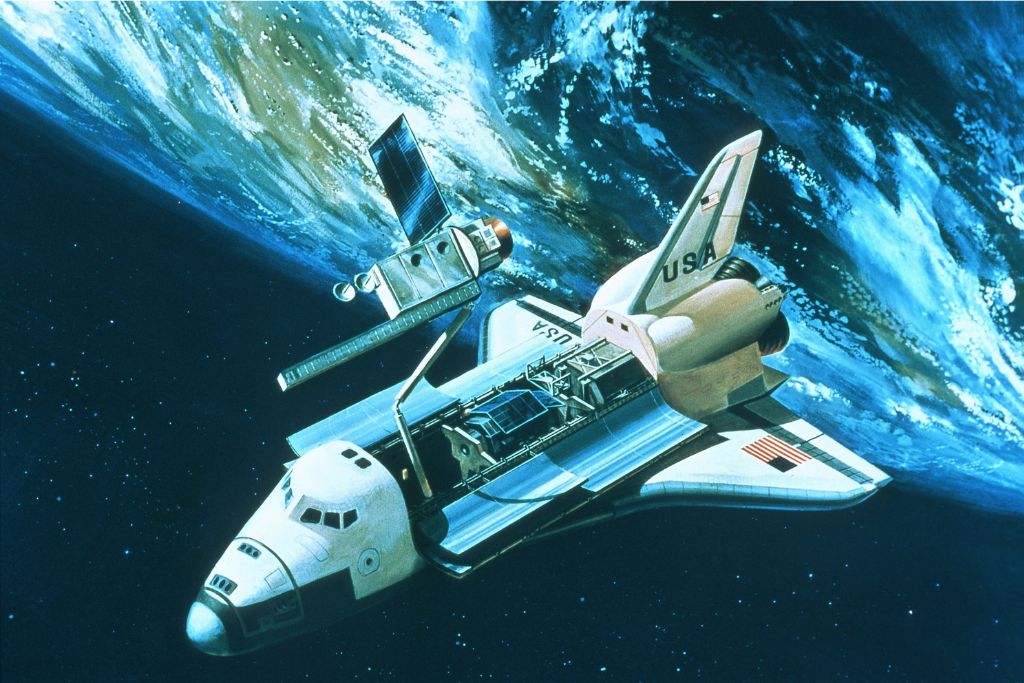 Though I don’t remember much from the final Space Shuttle launch of STS-135, I do remember a sense of sadness as people crowded the Florida beaches and bridges to say goodbye to the end of a 30-year era. Living along the coast, only 50 miles from Kennedy Space Center in Florida, has afforded me my share of shuttle and rocket launches. And that summer day, the beaches were packed.

Though I often got to see the shuttle launches, I was never in the specific area where they landed, and it made me wonder, how do space shuttles land?

Just as amazing as the space shuttle launch, the shuttle landing is spectacular. Its final descent until touchdown is similar to that of an airplane but at a much faster speed. Just five minutes before landing, the shuttle is just crossing the sound barrier, slowing to a speed of about 768 mph, and is still 25 miles from the runway. The shuttle, traveling toward the runway 20 times faster than an airplane, begins to drop, its nose angled downward at 19 degrees. Then, at 2000 feet in the air, the commander sharply lifts the nose and slows the shuttle down, eventually touching down at around 214 to 226 miles per hour, the back wheels touching the ground first. The drag parachute is deployed, and the shuttle glides to a stop.

When Do the Astronauts Begin to Prepare to Land? 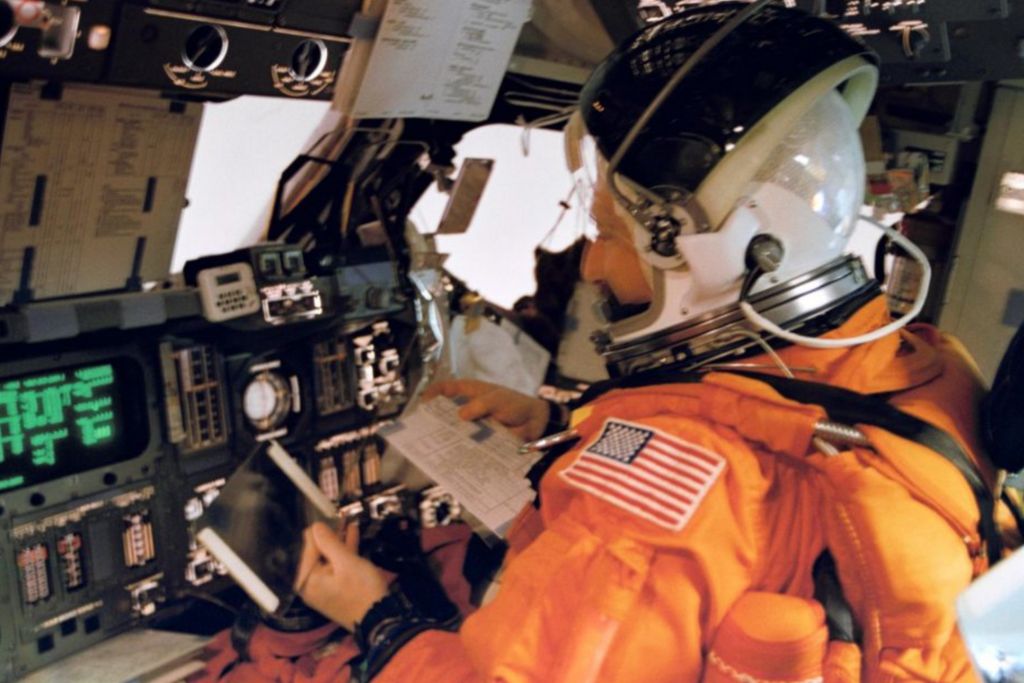 About four hours before landing, crew members begin to prepare to land. At this point, the shuttle is orbiting at an altitude of 200 miles or more. The crew sets up the computers to prepare for entry, as well as the hydraulic system that powers the shuttle’s aerosurfaces. Aerosurfaces are the shuttle’s landing gear, flaps, rudders, and brakes.

During reentry and landing, the orbiter is no longer being powered by the engines. It is now flying like a high-tech glider, being maneuvered by its steering jets and then its aerosurfaces.

Hydraulic systems are employed because they can provide exceptionally high force and have a high level of control precision. They also allow for maximum power to size ratio.

Three hours before touchdown, the payload bay doors are closed, and Mission Control gives the shuttle commander the okay to initiate Ops 3. This section of the orbiter’s flight control software is in charge of entry and landing.

The payload bay contains most of the orbiter vehicle’s fuselage, and it provides the cargo-carrying space for the shuttle’s payload. There are two payload bay doors that are hinged on either side of the bay. They allow for a relatively airtight seal which protects the payloads from heating when the shuttle is launched and when it reenters.

Payload bay doors also function as radiators for the orbiter vehicle’s heat and are opened when the shuttle reaches orbit.

Two hours before landing, the astronauts put on their orange spacesuits and strap themselves into their seats.

Interesting Fact About the Spacesuits

There is a reason NASA chose such a bright orange color for the spacesuits. Called International Orange, this color was chosen for safety. It is the most highly visible color against a landscape in case of an emergency – easily spotted by search and rescue and known to be one of the most visible colors, especially against the sea.

This suit is worn specifically during shuttle ascent and entry. It’s called the Advanced Crew Escape Suit (ACES) and is a pressurized shell manufactured to help an astronaut survive in case of an accident during lift-off or landing. These specialized suits contain a supply of water and air as well as a parachute and survival gear that includes radios, flares, and medicine.

One Hour Until Touchdown

An hour later, the shuttle cruises into their position, about 175 miles above Earth. They maintain a speed of about 16,465 mph as the shuttle undergoes the deorbit burn. The deorbit burn is when the orbiter is rotated tail first in the direction in which it is traveling as it prepares for a firing of the orbital maneuvering system engines. The burn can last between three and four minutes, and it serves to slow the shuttle down enough to begin the descent.

A Half-Hour Before Touchdown

At 30 minutes to landing, the orbiter begins to come up against the atmosphere. This part is called the entry interface and is usually at an altitude of 80 miles and more than 5,000 miles from where the shuttle will land.

Next, the orbiter slows down by performing a series of four steep banks, rolling over as much as 80 degrees to one side or the other to burn up surplus energy. The shuttle’s course approaching landing resembles an extended letter “S.”

As the orbiter pierces through the atmosphere, faster than the speed of sound, the state of Florida experiences the sonic boom. The Sonic Boom can be heard miles and miles away from the landing site, and it even causes the ground to shake like an earthquake.

What Is the Sonic Boom?

is a thunderous double boom that happens when the space shuttle or rocket, traveling faster than the speed of sound, reenters the atmosphere. As the shuttle travels, air molecules that are pushed to the side from the force of the speed create pressure waves, not unlike the bow waves that appear in the front of a boat.

When the shuttle breaks the sound barrier, the pressure wave becomes a shockwave, forming a cone of pressurized air molecules that move in all directions. The cone expands across the landscape as it travels along the flight path, creating an ongoing sonic boom. What people hear is a roaring noise, sometimes accompanied by what feels like an earthquake.

At this point, the orbiter is 25 miles from the runway. Its velocity slows down to below the speed of sound, and the commander takes over the controls manually, piloting the vehicle to touchdown. As the orbiter aligns with the runway, it starts its steep descent with the nose angled as much as 19 degrees downward.

During the final approach, the orbiter drops toward the runway 20 times faster than a commercial airplane, and the descending rate and airspeed increase. Now it is less than 2,000 feet above the ground, and at this point, the commander raises the nose and slows down the descent.

With 15 seconds until touchdown, the main and nose landing gear are positioned and locked in place. When the shuttle touches the runway, it is traveling at 214 to 226 miles per hour. The drag chute is deployed on touchdown to help slow the shuttle down, and it coasts to a stop.

Where Do Space Shuttles Land? 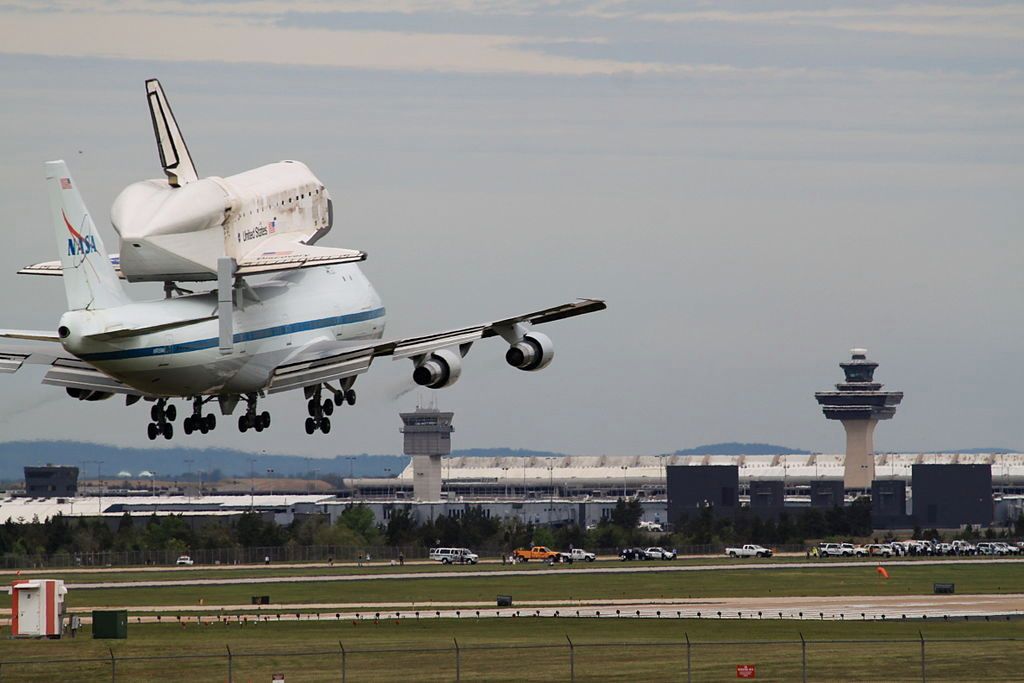 for the Space Shuttle Orbiter – NASA’s Kennedy Space Center in Florida and Edwards Air Force Base in California.

There was also a landing at White Sands Space Harbor in New Mexico in 1982, but the majority of the Orbiter landings were at either Kennedy Space Center or Edwards Air Force Base.

On February 1, 2003, NASA’s Space Shuttle Columbia broke apart as it returned to Earth. All seven astronauts on board were killed.

After investigating the incident, the investigation board found that a large piece of foam had fallen from the shuttle’s external tank, which caused a breach in the spacecraft wing. It was discovered that NASA had known about this problem for years.

The devastating Columbia mission was the second space shuttle disaster. The other catastrophe occurred in 1986 when the Challenger exploded during the launch.

The Columbia tragedy directly led to the decision to retire the space shuttle fleet in 2011.

Where Are the Space Shuttles Now?

The retired space shuttles are now on display at different museums around the United States.

The Enterprise was the first space shuttle, though it never actually made it to space. It was built without a heat shield or engines, so it was not capable of flight.

Did you know that The Enterprise got its name from Star Trek? It can be seen on display at Intrepid Sea, Air & Space Museum in New York City, New York.

The Discovery launched the Hubble Space Telescope into orbit and was also helpful in building the International Space Station. It is on display at the National Air and Space Museum Steven F. Udvar-Hazy Center in Chantilly, Virginia.

The space shuttle Atlantis was the last shuttle to fly in space. Atlantis flew 33 missions, which included secret missions for the U.S. military as well as flights to space stations and other missions.

Atlantis can be seen at the Kennedy Space Center Visitor Complex in Cape Canaveral, Florida. 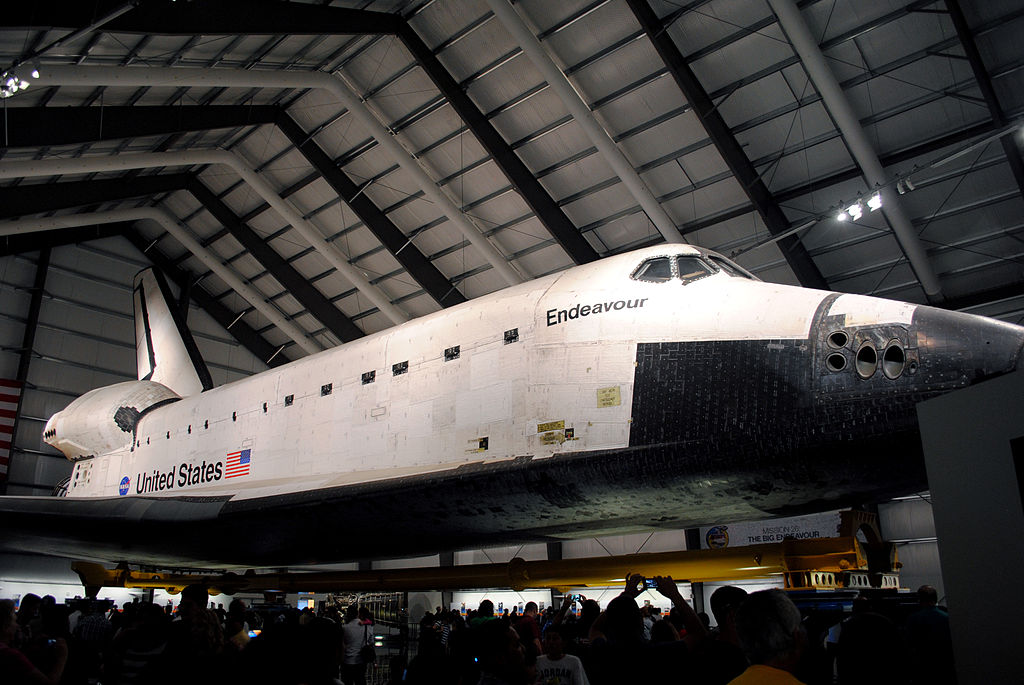 The Endeavour is the baby of the NASA family. It is the youngest shuttle built to replace the Challenger, which exploded in 1986.

The Endeavour got its name from children. In 1988, NASA issued a national competition among elementary and secondary kids to name the new shuttle. It can be seen at the California Science Center in Los Angeles, California.