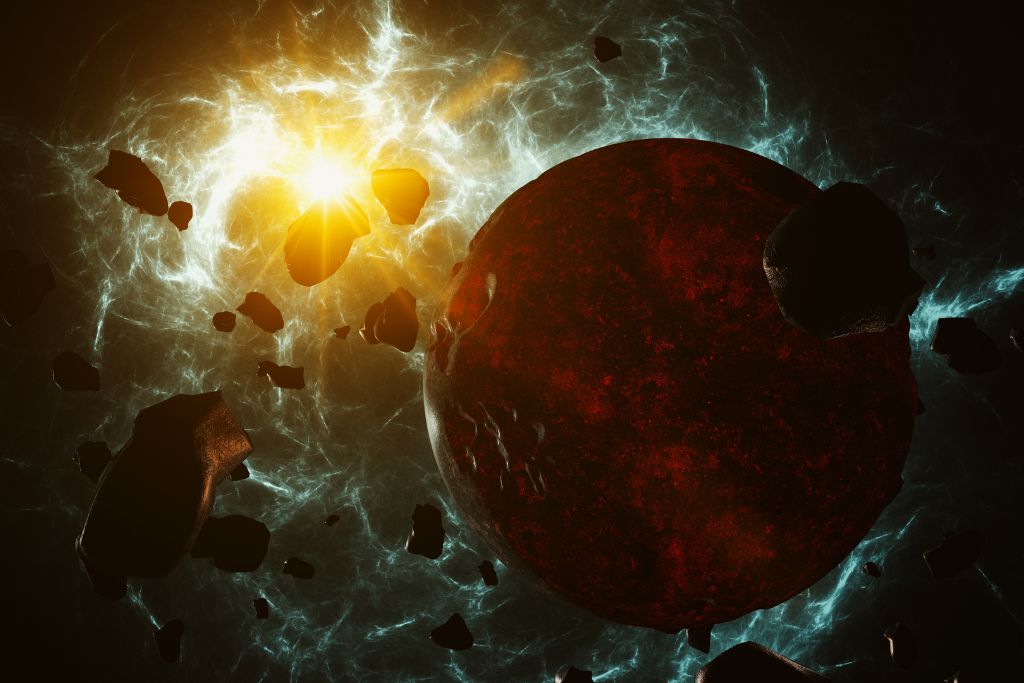 It always amazes me how we can exist on such a massive planet and that this planet is floating around in space, spinning on its own axis, and orbiting a colossal star called the Sun. As a homeschooling mom, I get so many questions from my kids, like what makes the moon change shape, how does the Earth stay in space and not fall, and why the stars move. One common question many homeschool kids ask is: How are planets formed?

Scientists have different theories about how planets are formed, but they seem to settle on the core accretion theory the most. They believe dust particles that are floating around the disk of a material that is rotating around a central star start to clump together. Slowly, like a snowball kids roll around in the snow to make a snowman, the newly formed clump grows in size. It continues to collect matter the size of sand, then the size of pebbles, and then rocks eventually collide with gases that fuse them together and form planetesimals. As these planetesimals orbit the star, they clear material from their path, and gravity draws them together, forming planets.

Is It Even Possible to Get a Planet From Stardust? 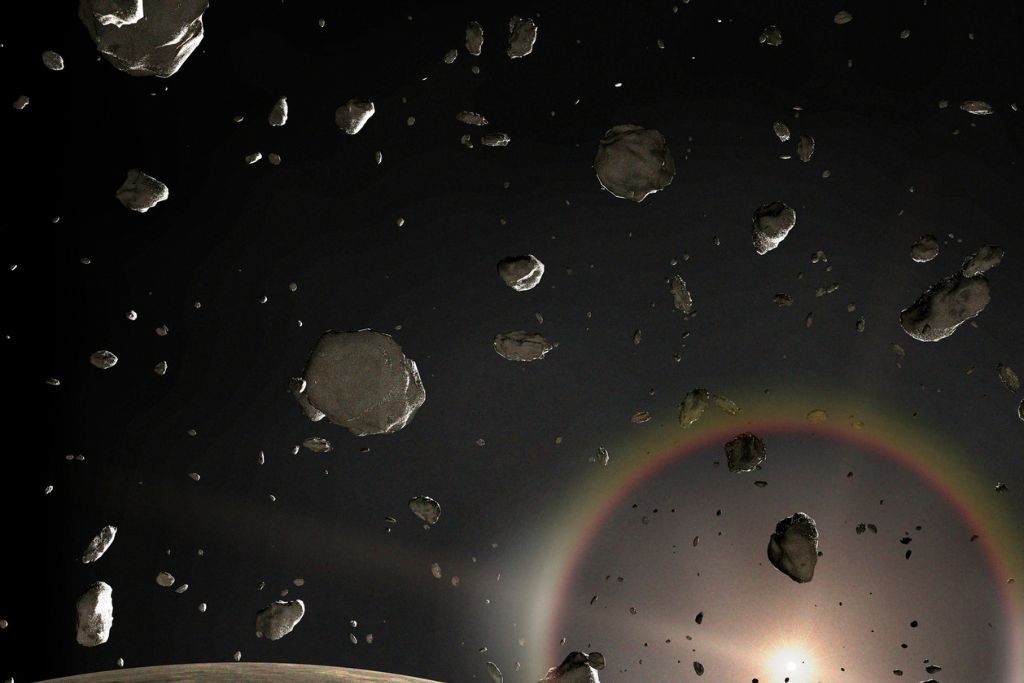 Scientists who follow the core accretion theory believe that dust from dying stars travels in the interstellar medium (the space between the stars where debris floats around) and is mixed in with something like a molecular cloud. This cloud eventually collapses and forms new stars. With this new star, there is a dust disk, also called a debris disk. It is typically found around stars with mature planetary systems. Debris disks are produced and maintained as the remnants of collisions that occur between planetesimals.

are objects theorized to have formed from the particles and dust that make up a disk around stars. They can be any size, and they refer to celestial bodies that form, eventually creating mini planets.

The name comes from the planetesimal theory that was suggested by the Russian astronomer Viktor Safronov. He hypothesized that this was how stars are formed. Some of the chunks of material that are pulled together by gravity break apart, while others continue to grow into what he says are planets and moons.

Not all planetesimals form planets, though. Some turn into comets and trojan asteroids.

This theory is not accepted by everyone. There are still holes in it that have yet to be filled. However, it is the most popular among scientists.

Remember, there is a disk filled with particles and debris that is circling a star. The farther parts of the disk are very cold, cold enough for water to freeze. Here tiny fragments of ice attach to the dust particles forming what appears to be dirty snowballs. These are said to be capable of developing into giant planetary cores.

In this colder area, the gas molecules slow down enough to be drawn in to form a planet. This is how scientists believe Jupiter, Saturn, Uranus, and Neptune, the gas giants of our solar system, were formed. 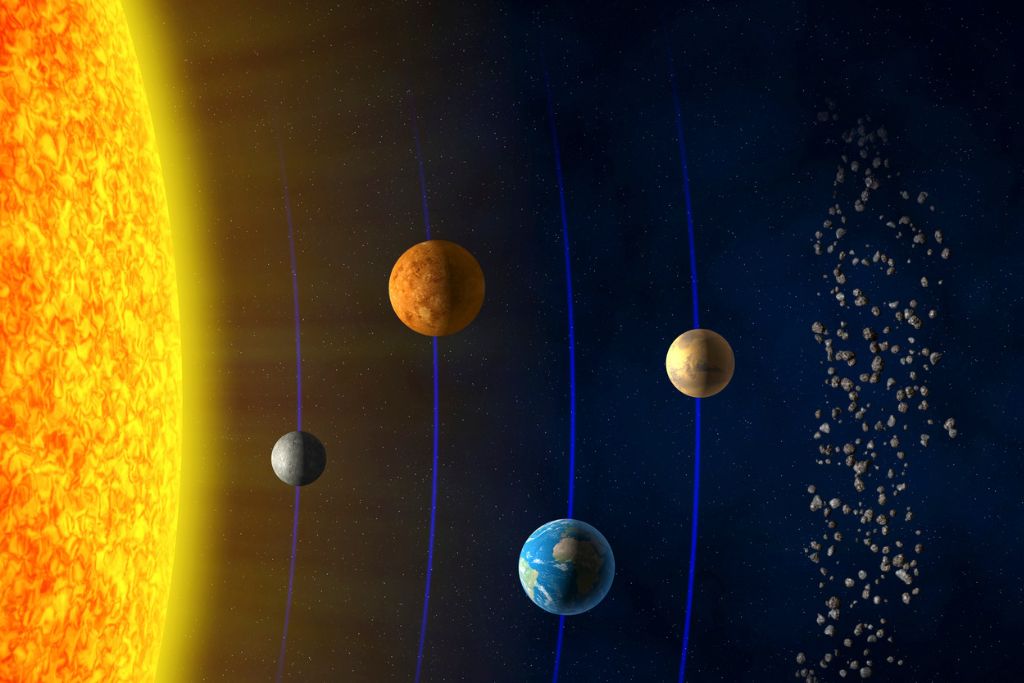 The parts of the disk that are closer to the star are where rocky planets are said to form. Once the icy giants form, there is not a lot of gas remaining for the terrestrial planets. These are the rocky planets like Mercury, Venus, Earth, and Mars. They are thought to have taken tens of millions of years to form after the birth of the star.

What Are the Holes in the Core Accretion Theory?

This theory seems to work in explaining how terrestrial planets are formed. Stars with more metals, meaning they don’t have as much hydrogen and helium in their cores, tend to have more giant planets than stars with fewer metals. With core accretion, small rocky worlds would be more common planets to form.

But when it comes to large gassy planets, there’s a problem. With core accretion, the mass of a debris disk should be proportional to the mass of its young star. If the star is a lot smaller than the sun and it is hosting a planet that should be too big for it, then either the original debris disk was humongous in relation to the star, or core accretion didn’t work in this planetary system.

So Then, What Are the Other Theories of How Planets Are Formed?

Aside from the Accretion theory, there are two other theories scientists have hypothesized about how planets are formed.

With the disk instability scene, hot debris disks begin as very stable. Yet as they slowly cool down, they start to form spiral arms around the star, similar to those you see in a galaxy. Out of these spiral arms, dense clumps emerge and form planets.

Alan Boss, a theorist, and observational astronomer, attempted to prove this with models showing that disk instability

can form dense clumps at distances far from the sun, similar to our solar system’s giant planets. His findings are based on a study where scientists discovered GJ 3512b, a massive planet that is way too big for the small star it orbits. According to the current most accepted theory of how planets form, it shouldn’t even exist.

One day in 1992, a man by the name of Bob O’Dell was looking at images from the Hubble Space Telescope. They were magnified images of young stars in the Orion Nebula.

While O’Dell was studying the nebula, he noticed a star formation close to Earth that didn’t really look like stars at all. They were wrapped by a dim covering. They appeared to form a silhouette against the nebula.

At first, O’Dell and his associates thought they might be seeing an image caused by the Hubble’s warped primary mirror. Yet after the mirror was fixed, they saw more and more of the phenomena. Eventually, they realized they were seeing infant disks of dust and gas surrounding young stars and felt they were witnessing the birth of planets.

Astronomers have since taken this information and realized that their classical idea of how planets form, from small rocks clumping into bigger rocks, which then keep clumping together, may not be accurate. In their mind, for gas giants such as Jupiter and Saturn to form, it makes more sense that a dominant object would gobble up smaller rocks. This is known as the pebble accretion theory 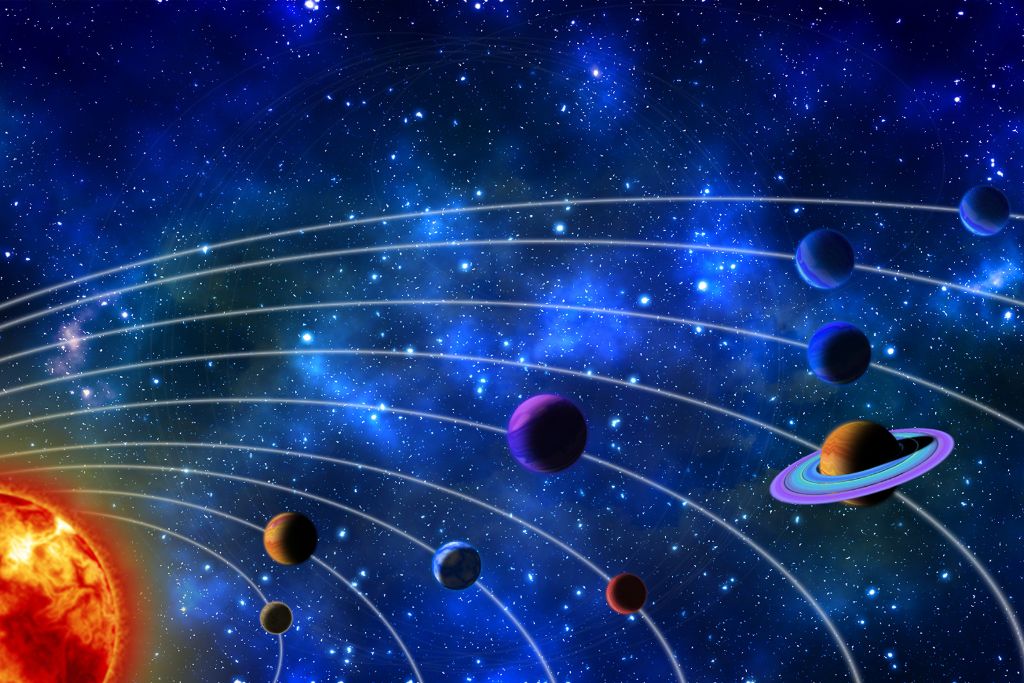 Despite the above theories, they are all just that – theories. Mathematical equations and computerized calculations are great at telling us how new planets are continually being formed. But what about the very first planet or star?

Yes, gravity can hold dust particles together. The definition of gravity is the force by which a planet or other body draws objects toward its center. But how did gravity come to exist in the first place so that it would be able to pull a newly forming planet toward its star? And where did the dust come from that started the original planet and star?

I think all we can really prove for certain is that our Universe is a miraculous design, a wonder to be observed, explored, and appreciated for all its beauty.

link to What Are the Different Types of Universes?

Continue Reading
link to Where Is the Kuiper Belt Located?

It is pretty easy to forget how small we are in the grand scheme of outer space, and even in our own solar system. There are many different structures in our solar system that orbit around the Sun,...