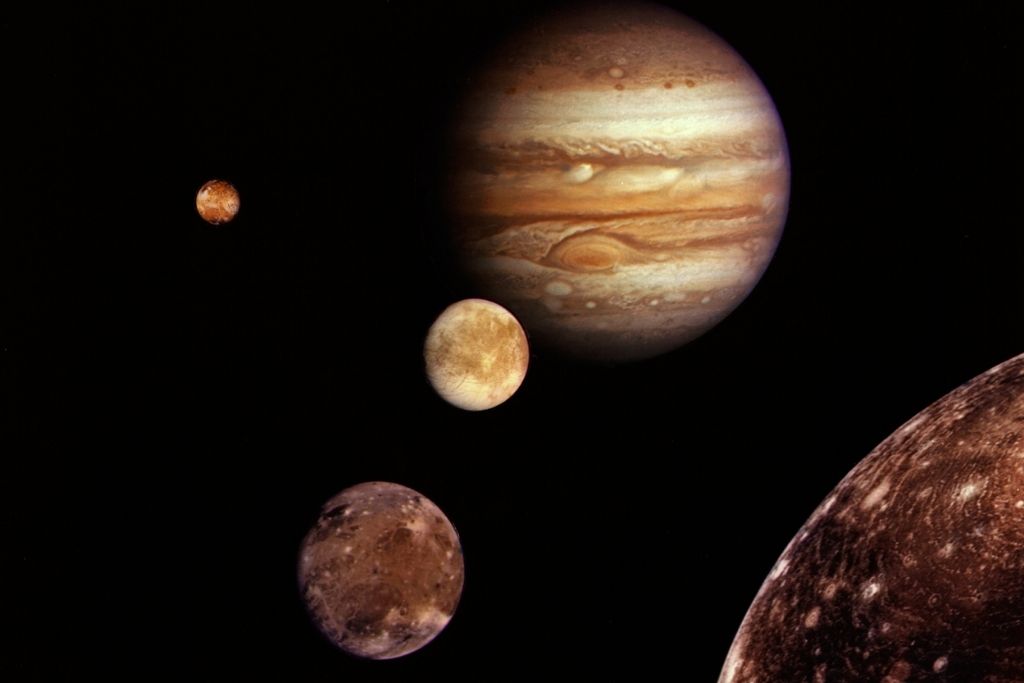 More than four hundred years ago, a scientist named Galileo turned contemporary understanding on its head when he discovered several “stars” orbiting the gargantuan planet we now know as Jupiter. But were those really stars circling the huge gas giant, or does Jupiter have moons?

The answer is yes, Jupiter does have moons. Galileo discovered four of them using his homemade telescope, but astronomers now know that Jupiter has a whopping 79 moons. In fact, Jupiter has more moons than any other planet in our solar system except for Saturn, which has 82. 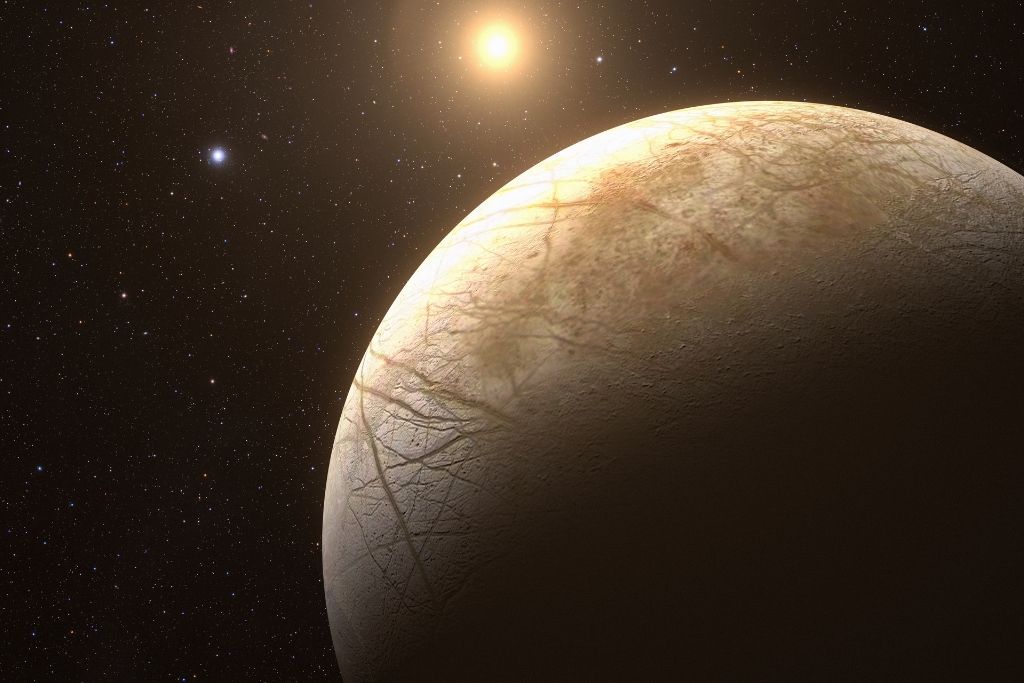 Moons are “natural satellites” – naturally-occurring bodies that orbit planets, dwarf planets, and even asteroids just like our own manmade satellites orbit around Earth. Some, like Earth’s, formed as the result of a collision with their planet long ago. Others originated as collections of dust and gas in space. Most moons do not have atmospheres.

Which Planets Have Moons?

Here are the planets of our solar system ranked according to how many moons they have, with the planets with the most moons 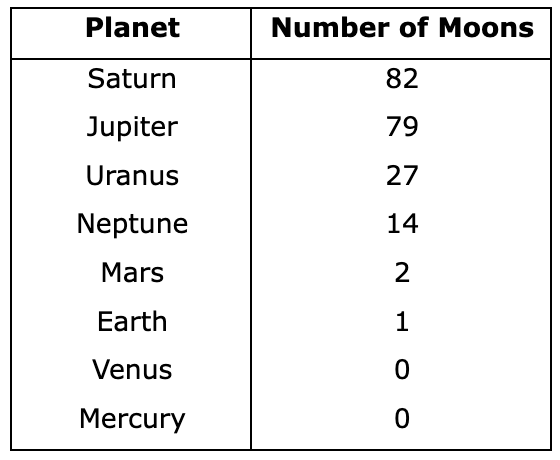 What Are Jupiter’s Inner Moons?

The four moons that orbit closest to Jupiter are called Jupiter’s inner moons:

What Are Galileo’s Satellites?

They are associated with Galileo because he was the first person to discover them. When he originally observed them he believed that they were stars. They turned out to be natural satellites, or moons. They are also known as the Galilean moons.

What Are the Names of Jupiter’s Moons?

Here are all of Jupiter’s moons: 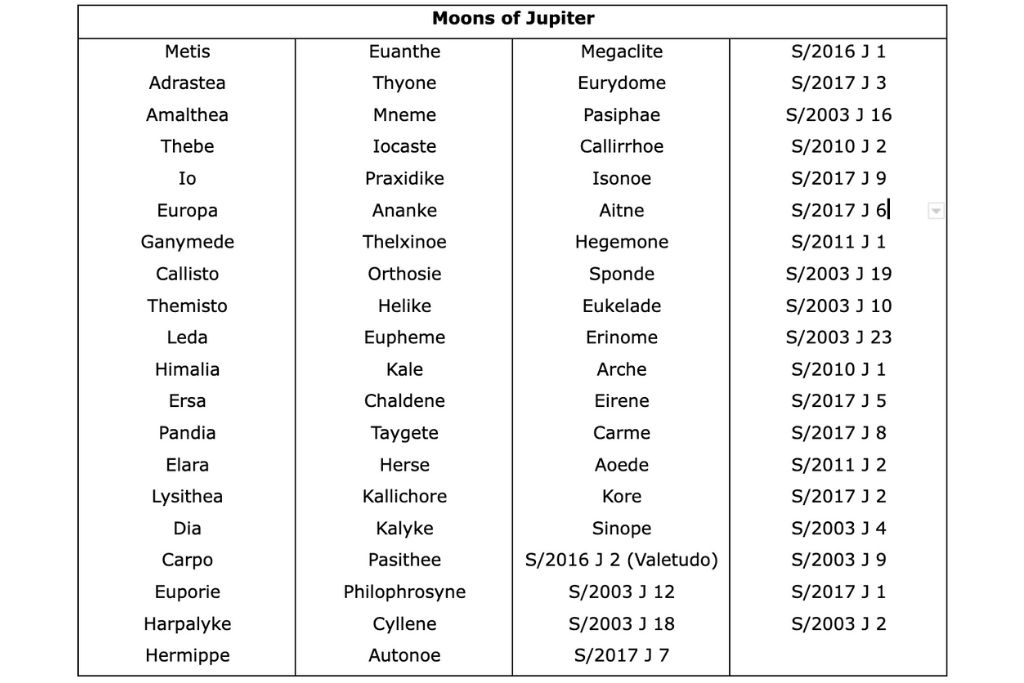 Some of these moons have been confirmed, meaning that scientists are certain they exist. Others have been observed but more confirmation is needed before they can be considered moons of Jupiter beyond a shadow of a doubt. Unconfirmed moons are considered provisional.

Why Are Jupiter’s Moons Important?

The four largest moons of Jupiter are known as “Galileo’s satellites” – they are the lights that Galileo found and thought at first were stars. Galileo’s discovery launched a monumental shift in how the universe around us was perceived. Before Galileo’s observations, everyone believed the universe revolved around Earth. Thanks to these four moons of Jupiter, Galileo and others began to realize that Earth was just a tiny part of the vast and awe-inspiring universe, not the center.

Io, the first of Galileo’s satellites, is unique among moons in the solar system in that it has a lot of volcanic activity. In fact, Io is more volcanically active than any other body in our solar system. Io has hundreds of volcanoes, and they eject plumes of sulfur as high as hundreds of miles.

Because of this, Io’s surface never stays the same. Lava is changing the face of Io constantly, filling up craters and marking out new floodplains made of molten rock. Io’s surface also has volcanic fissures from which lava constantly repaints its surface.

Despite all of its volcanic activity, the surface of Io is actually around -202° F. Its volcanoes, on the other hand, can reach 3000° F. While these piping hot volcanoes, their sulfurous plumes, and molten rock and lava are reshaping the surface, Io also has snowfields made of sulfur dioxide, giving Io the nickname of the moon of fire and ice.

Io doesn’t orbit Jupiter in a circle. Its orbit is actually elliptical, so the effects of Jupiter’s gravity on Io can change depending on whether the moon is close or far away from Jupiter. Because of this instability and gravitational force, the interior of the moon is constantly pushed and pulled in different directions, so the surface of the moon can actually bulge up to 330 feet. Because of this bulging, rocks on Io regularly grind against each other, causing significant amounts of heat flow.

Two other moons, Europa and Ganymede, also pull on Io, so Io can never fully commit to a circular orbit around Jupiter. Because of this, Io is doomed to be pushed and pulled forever, trapping it in this state of constant friction and heat generation. 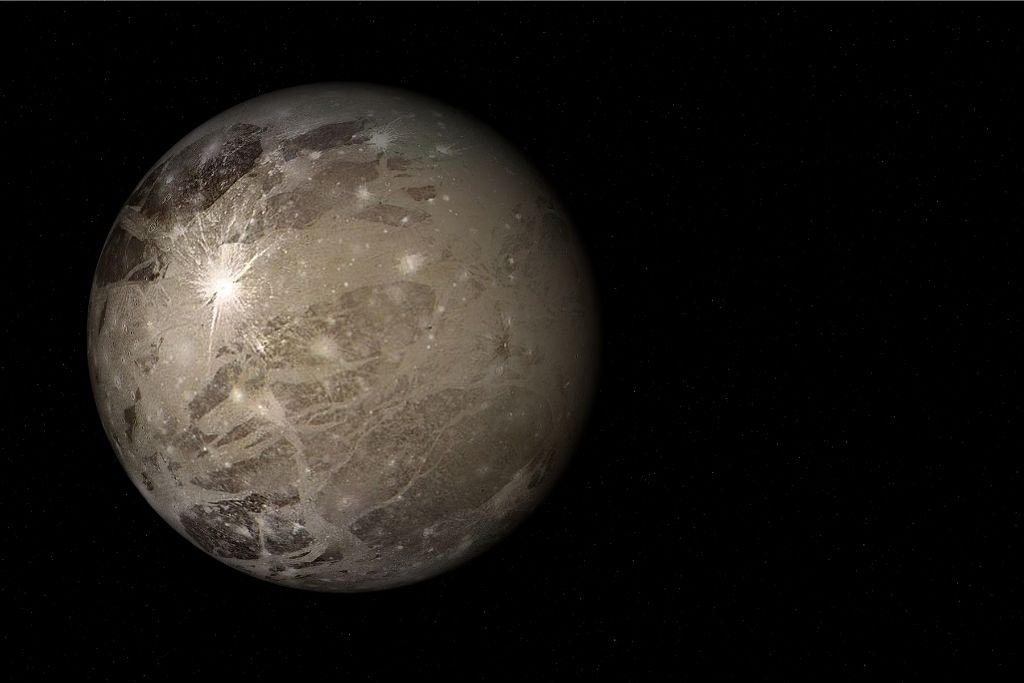 Ganymede, the third Galilean satellite, is one of the most impressive moons in the solar system. In fact, if it hadn’t been pulled into Jupiter’s gravitational field, it would probably be a planet.

It’s larger than Mercury and almost as big as Mars, and it has its own magnetosphere. Ganymede is the only moon in the entire solar system to generate its own magnetic field. Magnetospheres are usually characteristics of planets, not moons.

Based on observations of Ganymede’s auroras, scientists believe not only that there is an ocean of saltwater under Ganymede’s surface, but that it’s even saltier than the seawater on earth.

You might think this means there could be life on Ganymede, but some scientists don’t think so. Because of the internal structure of Ganymede, they think the pressure at the bottom of the ocean would be too high for any hot-water vents to exist. These vents would be required to bring nutrients into the ocean. Rather than hot-water vents existing deep below the surface, the scientists suspect that water at the very bottom of the ocean would actually be ice because of the intense pressure.

is the smallest Galilean moon, but it is still bigger than Pluto. It is also one of the most reflective surfaces in the solar system because it is covered in water ice. On two separate occasions, scientists believed they saw water plumes emerging from Europa, suggesting a vast ocean underneath the surface, although their suspicions still need to be confirmed. Europa’s icy surface is covered in cracks, possibly because of changing tides in its suspected ocean.

Data gathered by the Galileo spacecraft have led scientists to believe that Europa is very similar to Earth in its composition. It seems to be made up of silicate rock with an iron core and rocky mantle, very much like Earth. Recent studies suggest that Europa might actually be able to support life, making it especially fascinating to scientists.

, the fourth Galilean moon, is about the same size as Mercury and is covered in ancient craters. Because there are not many signs of recent activity on its surface, Callisto is thought of as an artifact bearing the history of the solar system and is sometimes called the dead moon.

Recently, however, there has been renewed interest in Callisto. Scientists began to notice that Callisto’s magnetic field fluctuated regularly as it orbited around Jupiter, suggesting that somewhere inside the moon there were electrical currents being affected by Jupiter’s magnetic field. But what was conducting the current? Since Callisto’s carbon dioxide atmosphere is so thin and it surface is so barren and rocky, scientists have speculated that there must be a salty ocean underneath the surface to conduct the currents.

In the future scientists hope to understand Callisto more and find out what’s really going on beneath its cratered surface.

Why Does Jupiter Have So Many Moons?

Jupiter, along with Saturn, is considered a gas giant. Its atmosphere is made up of gas – mostly hydrogen and helium – and it is incredibly large. In fact, it has more than twice the mass of all the other planets of the solar system together, and the Red Spot alone – the giant storm visible from Jupiter’s surface – is larger than the size of our whole planet, Earth.

Because of its huge size, Jupiter has a large gravitational field. The pull of this gravitational field was so strong that, early on in the history of the solar system, it was able to trap smaller bodies and keep them in its orbit.

Does Jupiter Have Rings? 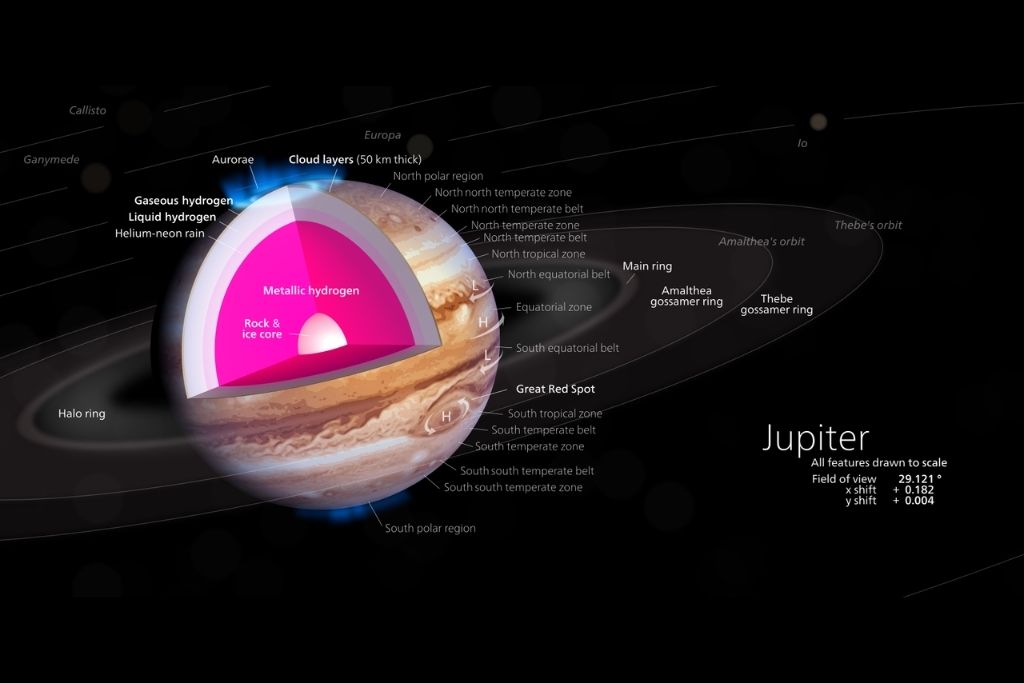 Yes, Jupiter has rings, and Jupiter’s moons play a key role in their existence.

How Are Jupiter’s Moons and Rings Related?

Jupiter’s rings are much fainter than the iconic rings of Saturn. While Saturn’s rings consist of ice particles, Jupiter’s rings are made up of dust that comes from its eight closest moons, the four inner moons and the four Galilean moons. Scientists think this dust may be produced by meteoroids colliding with the moons.