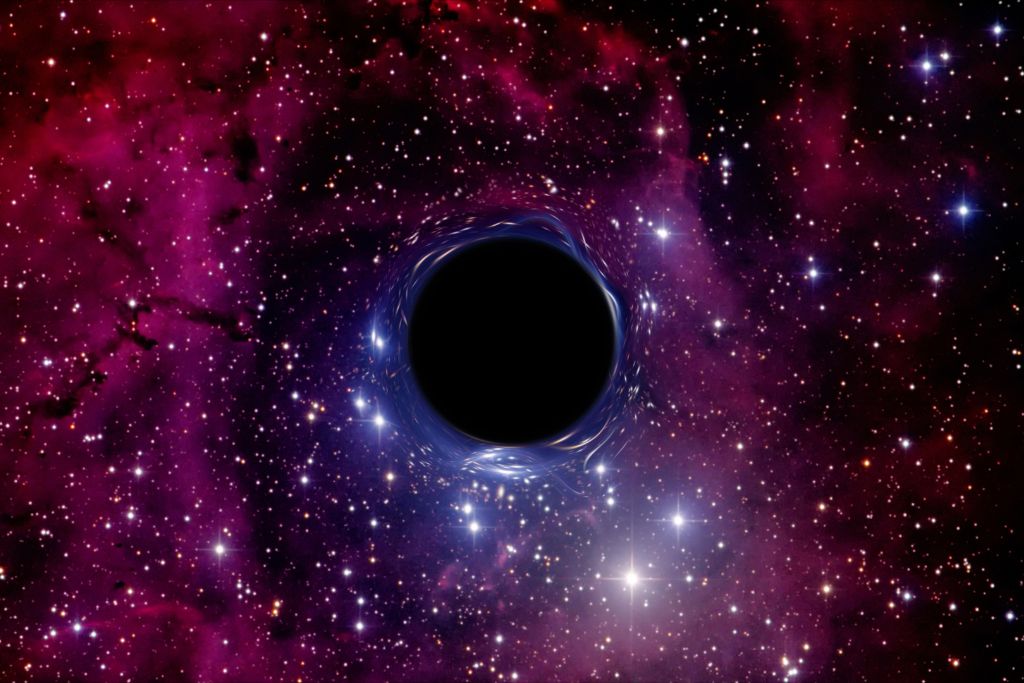 Black holes have been a mysterious topic of the universe since their existence was first hinted at in the 18th century. Albert Einstein predicted the existence of black holes through his theory of general relativity in 1916. However, it took some time for scientists to actually confirm whether or not black holes were real. So, do black holes exist?

Yes, black holes do exist. However, they are very difficult to study because we still can’t see them directly. Black holes are extremely dense points in space where the gravitational pull is so strong that not even light can escape from it.

Scientists know that black holes exist because they have observed the behaviors of materials that orbit around them. Various types of waves and x-rays coming from black holes have also been detected by scientists using special instruments.

What Are Black Holes? 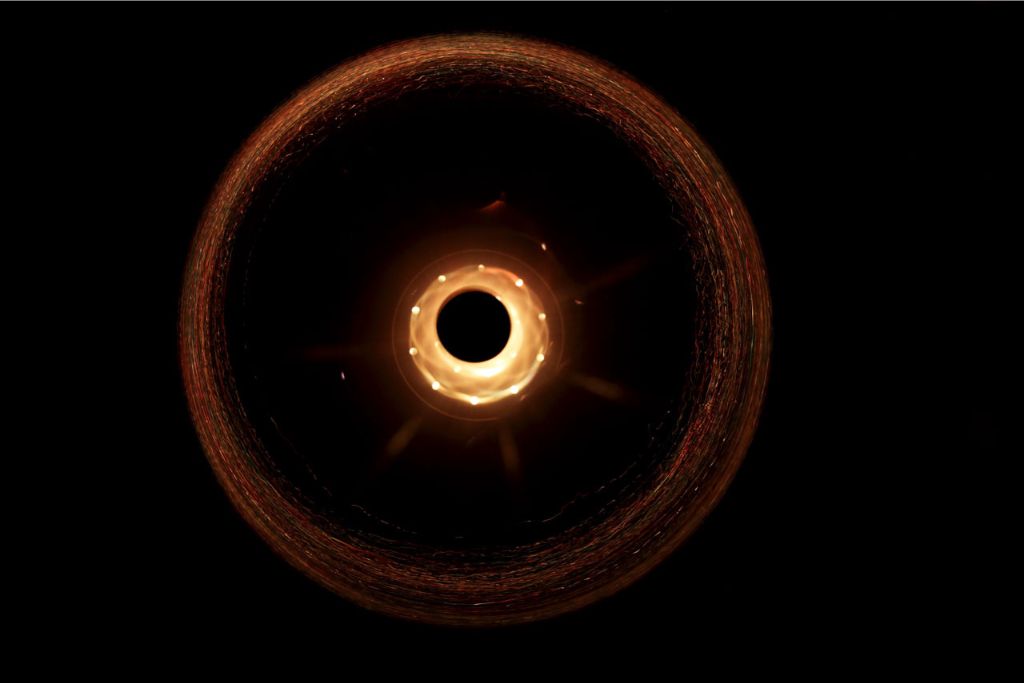 Black holes are a point in space where the gravitational pull is so strong that it sucks in all things that get close to it, including light. While objects entering a black hole do reach a point of no return, you actually have to get really close to a black hole to be pulled into it.

Objects that enter the event horizon will ultimately get sucked into a black hole, because this is the area that spins extremely fast. The high velocity of the event horizon creates a very strong gravitational pull that draws in anything that enters the area. The center of the black hole is known as a singularity. Interestingly enough, the universe actually started out as a singularity before the Big Bang.

What’s Inside a Black Hole?

The center, or singularity, of a black hole is an infinitely small point in which anything that enters it gets compressed. There is no light in a black hole, but there can be substantial amounts of mass. Anything that a black hole manages to draw in contributes to an increase in mass. This could include:

Scientists use the mass of our Sun to measure the mass of other celestial bodies, which we call solar masses. Scientists don’t use weight because if you were in outer space, away from Earth, your weight would technically be zero. However, your mass would stay the same.

Smaller black holes will have a solar mass at least three times that of our Sun. Larger black holes can be billions of solar masses. To put it into perspective, the Sun’s mass is approximately 330,000 times more than the mass of the Earth.

If the smallest black hole has a solar mass of three, that would mean it would be 990,000 times the mass of the Earth. All of that mass gets compressed into a small, infinitely dense point at the center of a black hole.

How Do We Know Black Holes Exist?

Since light cannot escape a black hole, scientists cannot observe them directly. However, there are special instruments that are used to observe the activity around black holes. Astronomers were able to capture the first image of a black hole in 2019 using the Event Horizon Telescope. The black hole exists in the M87 galaxy, approximately 55 million light-years away.

Advanced space telescopes are used to observe particles and matter that orbit close to black holes. Scientists have found that when a star, dust particles, or other celestial matter approaches a black hole, it starts to behave differently than if it were just floating out in space.

With new technological advancements, scientists may eventually be able to observe black holes directly. But for now, they must use telescopes and other instruments to study black holes indirectly.

Scientists are aware of three different types of black holes. Each of these black holes differ in size and have different formation processes.

The core of the star heats up millions to billions of degrees, using its last bit of energy, and collapses. The remains from the explosion, consisting of gas and dust particles, spew out into space. What was originally the core of the star, then becomes a black hole.

The mass of a stellar black hole can be up to 20 solar masses. Scientists believe that there could be many stellar-mass black holes within our galaxy, the Milky Way. 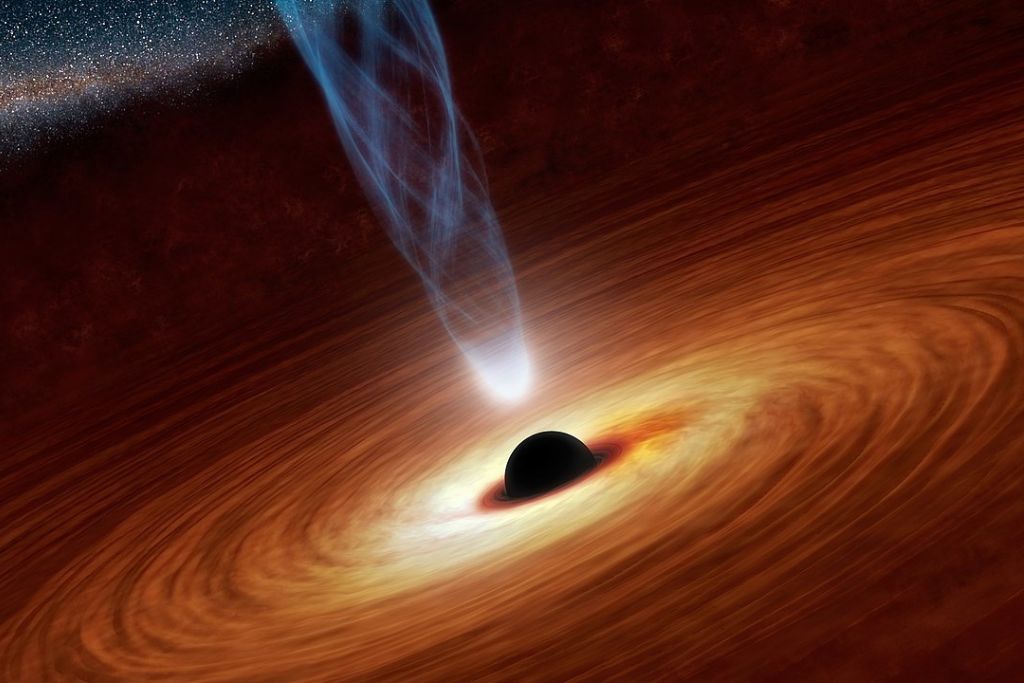 Before intermediate-mass black holes were discovered, astronomers predicted that they were somewhere out there in space. Intermediate black holes are believed to be larger than stellar black holes, but smaller than supermassive black holes. Astronomers estimate that these black holes would be about 100 to 10,000 solar masses.

In 2019, a discovery was made that solidified the existence of intermediate black holes. The Laser Interferometer Gravitational-Wave Observatory

(LIGO) was able to detect gravitational waves released from two smaller black holes merging together. As a result of the merger, the two black holes created an intermediate black hole of 142 solar masses.

Very little is known about the formation of these black holes, but scientists believe that they are created by two small black holes merging together like the event detected in 2019.

Could We Get Sucked into a Black Hole?

According to NASA, the Earth could not be destroyed by a black hole because our solar system is not close enough to the black hole we have in our galaxy. Additionally, our Sun does not have enough mass to turn into a black hole. Billions of years from now, the Sun will begin to shed its outer layers and turn into a white dwarf star.

Even if the Sun did turn into a black hole, it would maintain the same gravity as our Sun. As a result, the planets in our solar system would continue to orbit the impossible black hole.

What Would Happen if You Were Sucked into a Black Hole? 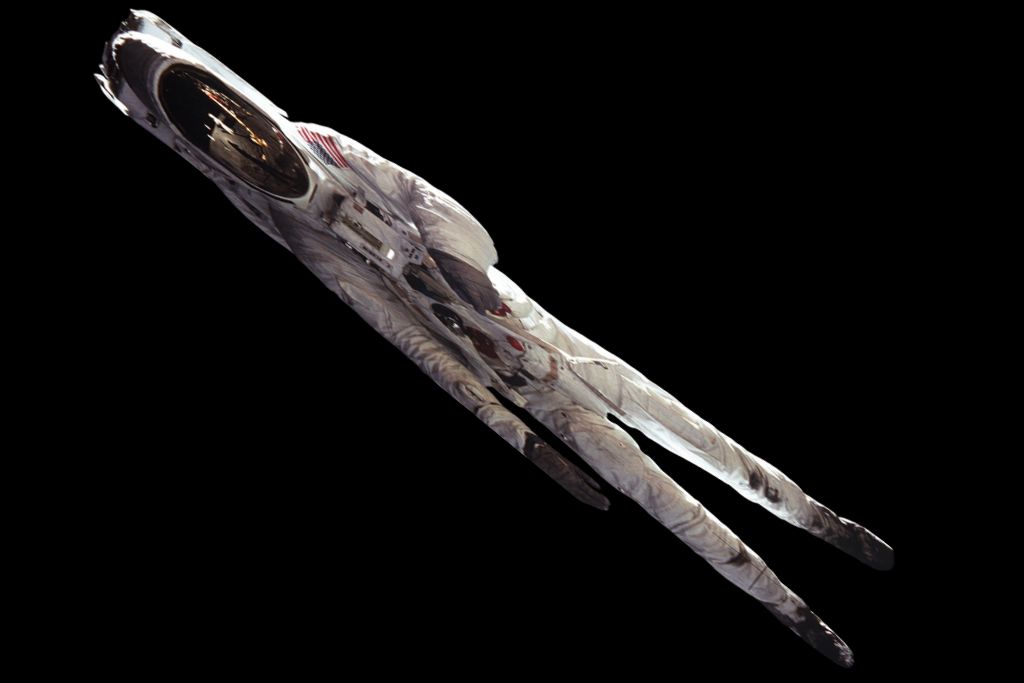 Let’s say you could travel out into space and get close to a black hole. Once you enter the event horizon of a black hole, your perception of space and time would be changed drastically. This would also be the point of no return, as the gravitational pull would be too strong for you to escape.

As the event horizon begins to pull you into the center, your body would start to be compressed and stretched. Scientists call this process spaghettification

because you would essentially be stretched like a noodle. You would then be pulled down into the center of the black hole, becoming one with all of the mass in the singularity.

Black holes do exist in our universe. Since all the light gets sucked in and trapped in the center of a black hole, scientists are unable to observe them directly. However, we do know that they are out there. Scientists use special telescopes and instruments to observe x-rays, radio waves, and gravitational waves from black holes, and to study the matter that swirls around them.